The Oct. 1 attack on a Las Vegas music festival was the deadliest mass shooting in modern U.S. history. Here's what you need to know

Country music star Jason Aldean was performing at the Route 91 Harvest Festival, at the Las Vegas Village and Festival Grounds, on Sunday night. Some 22,000 people were in the crowd when the shooting broke out at 10:08 p.m. local time. 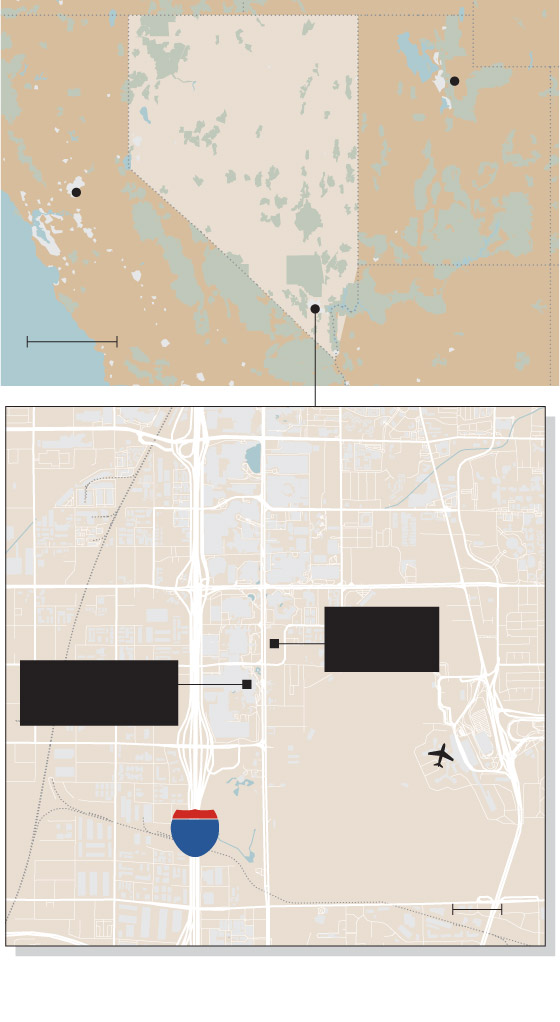 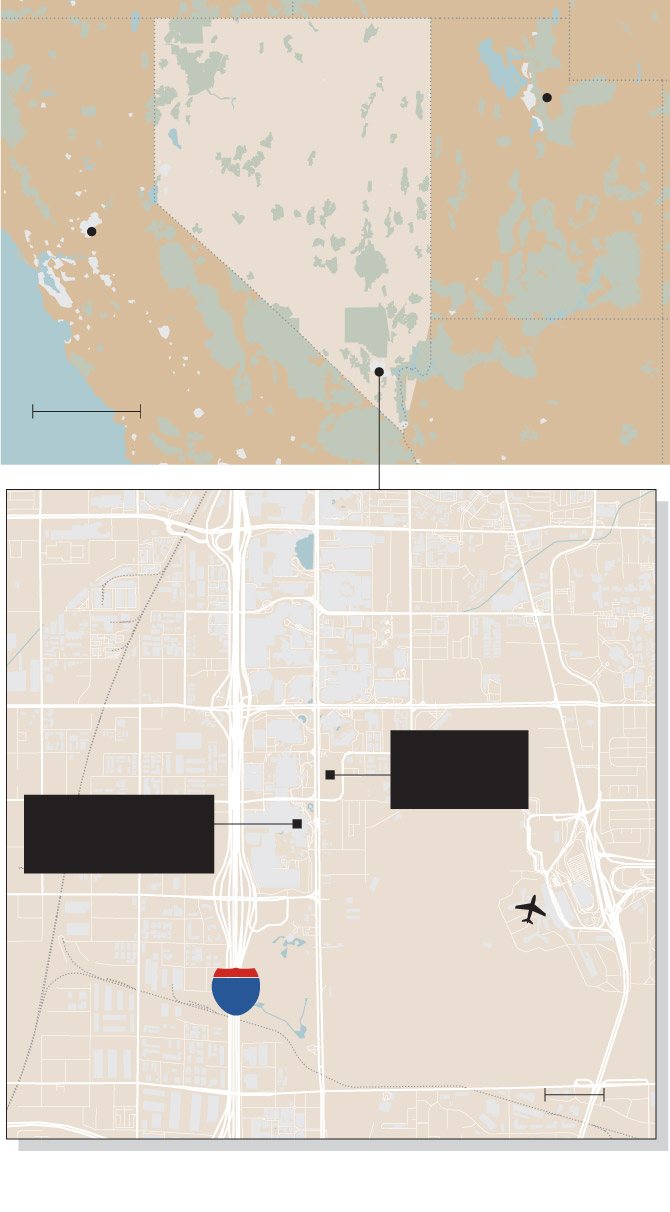 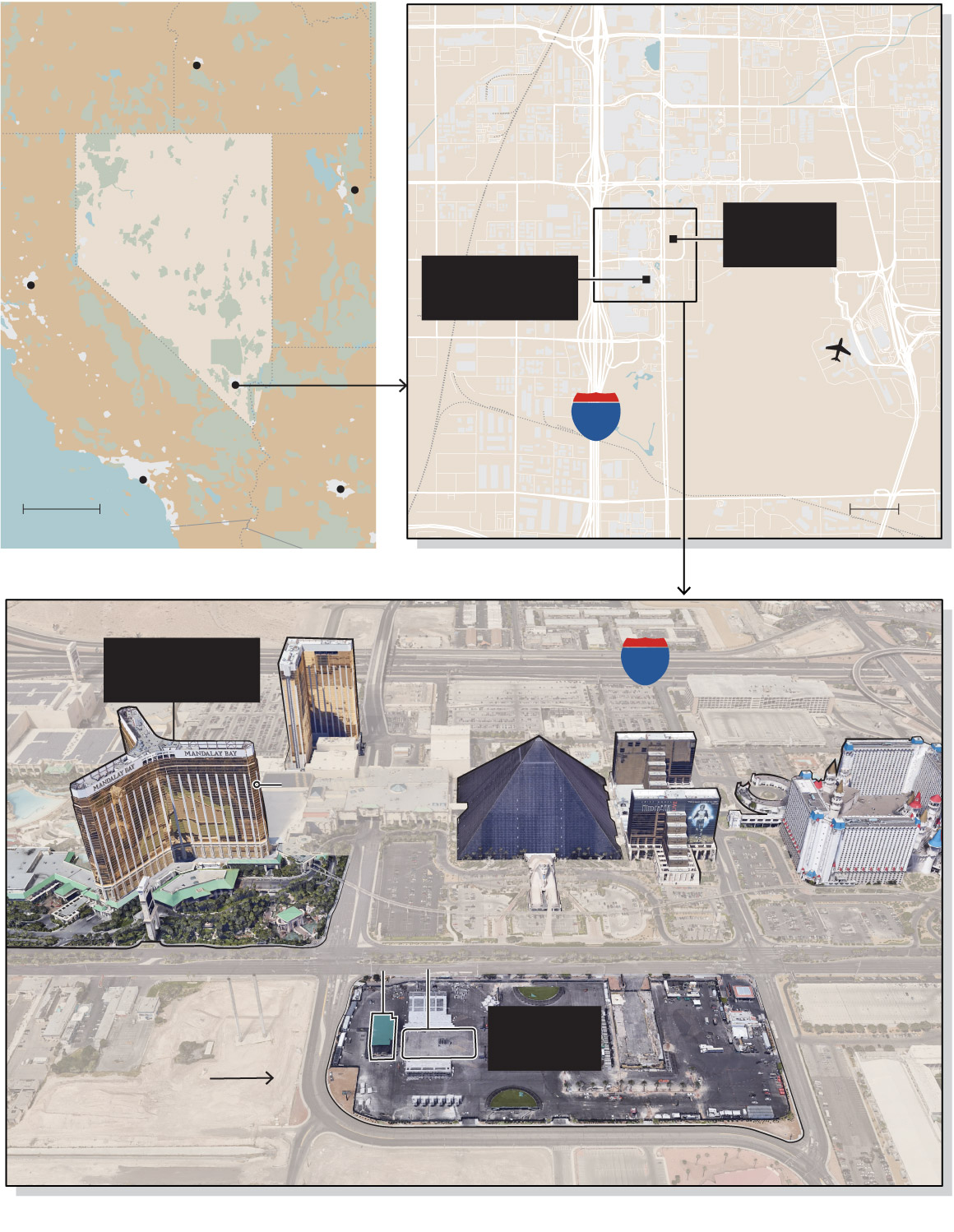 The gunman shot from the 32nd floor

Concertgoers reported hearing what they described as automatic gunfire during the shooting. Clark County Sheriff Joseph Lombardo told reporters that the suspect fired on the crowd for nine minutes. Ashley Fowler of Newfoundland told the radio station K-Rock in St. John's that everyone in the crowd thought the noise was fireworks until the performer on stage dropped his microphone and ran. After that, she says, everyone fled.

Monique Dumas, of Kamloops, B.C., told CNN when floodlights came on she could see someone injured near the stage:

It seemed there was a pause in the gunfire and the people in the yellow shirts were telling the people to ‘go, go, go, go’ ... the gunfire never ended, it seemed like it went on and on and on.

Another member of Ms. Dumas's group, Joe Pitzel, said people in the crowd ducked at first then began stampeding toward the exit:

People were climbing fences, pushing their way through. The barricades were coming down, people were screaming, crying.

Officers went to confront the suspect on the 32nd floor of the Mandalay Bay Resort and Casino across the street from the concert, Sheriff Lombardo said. The gunman planned the massacre so meticulously that he even set up cameras inside his high-rise hotel room and on a service cart outside his door, apparently to spot anyone coming for him, the authorities said Tuesday. It appears the shooter used a hammer to smash the windows.

Shortly before midnight, Las Vegas police reported that "one suspect is down," and soon after, police said they did not believe there were any more active gunmen.

Mr. Aldean was reportedly singing the last song in his set, When She Says Baby when the murderous calamity began. The singer beat a hasty retreat off the stage. Hours after the shooting, Mr. Aldean posted on Instagram that he and his crew were safe and said the shooting was "beyond horrific."

Tonight has been beyond horrific. I still dont know what to say but wanted to let everyone know that Me and my Crew are safe. My Thoughts and prayers go out to everyone involved tonight. It hurts my heart that this would happen to anyone who was just coming out to enjoy what should have been a fun night. #heartbroken #stopthehate

In the shooting's aftermath, Las Vegas hospitals struggled to keep up with the constant arrivals of new wounded. Dr. Jay Coates, a trauma surgeon whose hospital took in many of the injured concertgoers, described a frantic night:

I have no idea who I operated on. They were coming in so fast, we were taking care of bodies. We were just trying to keep people from dying.

Police are warning that identifying bodies will be a "long, laborious process" and investigators are continuing their collection of evidence and working to reunite people with relatives who were at the shooting site.


Four Canadians were confirmed to be among the dead:

The death toll of 59 makes the attack the deadliest mass shooting in U.S. history, eclipsing last year's massacre of 49 people at an Orlando nightclub.

* This data defines a mass shooting as an attack in a public place where three or more victims are killed (four or more prior to 2013).

Authorities identified the gunman as Stephen Paddock, 64, of Mesquite, Nev. Media reports depict an unlikely killer, a wealthy retiree without strong political or religious convictions or a particular zeal for guns who lived in a quiet Nevada suburb with his girlfriend and made frequent trips to the Las Vegas Strip to play video poker and slots.

Police said Mr. Paddock first checked into the Mandalay Bay casino-hotel on Sept. 28 and was found dead inside a hotel room on the 32nd floor. Twelve of the rifles there were fitted with so-called bump stocks, officials said, allowing the guns to be fired almost as though they were automatic weapons. Mr. Paddock was found dead in his room from a self-inflicted gunshot, according to local police.

Speaking to television reporters outside his home in central Florida, Mr. Paddock's brother Eric said he was "shocked, horrified, [and] completely dumbfounded" to learn that his brother was responsible for the shooting.

Mr. Paddock was licensed to hunt in Alaska and Texas, but police in Las Vegas and Mesquite say he had no history with law enforcement in either community, save for a routine traffic violation in Las Vegas.

Without providing evidence, The Islamic State group said the gunman was "a soldier" who converted to Islam months ago. The CIA is advising caution on "jumping to conclusions."

Looking for any clues to the gunman's motive, investigators turned to his girlfriend Marilou Danley, 62, who was in the Philippines at the time of the shooting. She arrived in Manila on Sept. 15, flew to Hong Kong on Sept. 22, returned to Manila on Sept. 25 and was there until she flew to Los Angeles on Tuesday night, according to a Philippine immigration official cited by Reuters.

In a statement released by her lawyer Matt Lombard, Ms. Danley said she was completely unaware of what Mr. Paddock was planning:

He never said anything to me or took any action that I was aware of that I understood in any way to be a warning that something horrible like this was going to happen.

In the days before the deadly attack, Mr. Paddock wire-transferred $100,000 to the Philippines while Ms. Danley was travelling there. In her statement, Ms. Danley said he told her he sent the money so she could to buy a house for her family, and she was initially pleased but later feared it was a way to break up with her.

Ms. Danley's Australia-based sisters say they believe Mr. Paddock sent her away so she wouldn't interfere with his plans. Australia's Channel 7 TV network interviewed the sisters with their faces obscured and their names withheld. They said they believe their sister couldn't have known about his ideas. The woman said Ms. Danley is "a good person" who would've stopped Mr. Paddock had she been there.

How did one man kill so many?

Mr. Paddock, who fired on the concertgoers from more than 1,000 feet away, apparently modified his guns to act like fully automatic weapons, allowing him to spray bullets into the crowd.

Jill Snyder, special agent for the U.S. Bureau of Alcohol Tobacco and Firearms, told Reuters 12 of the guns found in the hotel room were fitted with bump stocks. A total of 47 firearms were recovered from three locations searched by investigators: Mr. Paddock's hotel suite, his home in Mesquite, and another property associated with him in Reno, Nev., Ms. Snyder said.

In the aftermath of the deadly shooting, stocks in the gun industry followed a consistent pattern. They rose. Gun sales surged across the country in the weeks after past mass shootings, such as in Orlando, Fla., San Bernardino, Calif., or Newtown, Ct. Some of the purchases were likely by people looking for more protection, but others were due to customers worried that tougher gun laws could be on the way.

Democratic Senator Dianne Feinstein, who has previously tried introducing legislation to ban bump stocks, pleaded with the public to pressure Congress to consider her legislation. White House and House Speaker Paul Ryan have voiced support for discussions on bump stocks, as have other top Republicans and, unusually, the U.S. National Rifle Association, a lobby group that has opposed gun-control measures:

The National Rifle Association is calling on the Bureau of Alcohol, Tobacco, Firearms and Explosives (BATFE) to immediately review whether these devices comply with federal law. The NRA believes that devices designed to allow semi-automatic rifles to function like fully automatic rifles should be subject to additional regulations.

Nevada's gun-control laws are among the loosest in the country. Nevadans don't need permits to buy and own guns, to open-carry weapons or to carry concealed long guns – and there is no state ban on assault weapons. Carrying guns in casinos is technically legal, though many casinos – like the Mandalay Bay resort where Mr. Paddock was staying – prohibit them, and can have patrons charged with trespassing if they refuse to leave or disarm when asked to.

In a statement the morning after the shooting, U.S. President Donald Trump called the attack "an act of pure evil." Two days later he visited Las Vegas to meet with law-enforcement officials and the families of victims, and he gave a public speech expressing grief for the attack:

Our souls are stricken with grief for every American who lost a husband or a wife, a mother or a father, a son or a daughter. We know that your sorrow feels endless. We stand together to help you carry your pain.

Trump in Las Vegas on Oct. 4

My warmest condolences and sympathies to the victims and families of the terrible Las Vegas shooting. God bless you!

Other U.S. politicians and world leaders were quick to offer condolences and messages of support for Las Vegas.

A tragic & heinous act of violence has shaken the #Nevada family. Our prayers are w/ the victims & all affected by this act of cowardice.

Michelle & I are praying for the victims in Las Vegas. Our thoughts are with their families & everyone enduring another senseless tragedy.

The Vatican secretary of state sent a telegram of condolences Monday to the bishop of Las Vegas, saying the Pope was "deeply saddened" to learn of the shooting.

Words fail this morning. The friendship & support of Canadians is with the victims in Las Vegas & the people of the US.

The UK’s thoughts are with the victims and the emergency services responding to the appalling attack in Las Vegas.

Horrific mass shooting in Las Vegas. On behalf of the people of Toronto, I extend condolences to all those who have lost loved ones in this senseless act of violence. I hope that the more than 200 people injured will be able to heal quickly.

LAS VEGAS: MORE FROM THE GLOBE AND MAIL