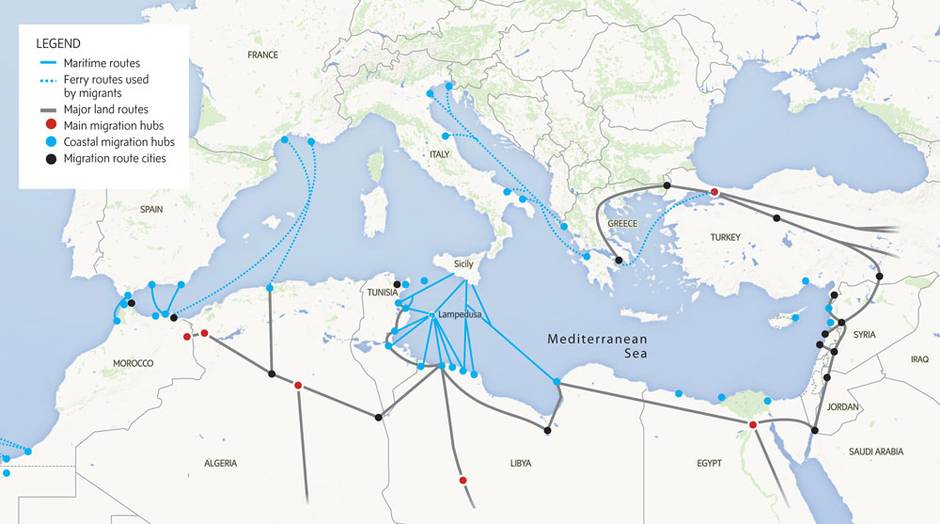 Retired brigadier Martin Xuereb, the former head of Malta’s armed forces, is director of the Migrant Offshore Aid Station (MOAS), a Malta-based charity that uses a 40-metre vessel, the Phoenix, to assist boats in distress at sea. The rescue group saved more than 3,000 people adrift at sea in the Mediterranean last summer. The latest migrant deaths are a setback for Triton, the European Union mission that took over from Italy’s Mare Nostrum search and rescue operation in November. Mr. Xuereb, in an interview with The Globe and Mail on Wednesday, said a new Mare Nostrum-type operation is urgently required.

migrants crossed the Mediterranean to Europe in 2014

have died at sea attempting to cross this year, compared with 36 in the first two months of 2014

Why are migrants now leaving Libya even when the weather is bad?

The push factors are huge now. We know what’s happening in Syria. People feel that they have no option but to leave, and to leave now. We also know what is happening in sub-Saharan Africa. There is a market. People are just going for it. The factors pushing people away from the countries of origin are too (strong). It is not about the pull factors, the pull of Europe. 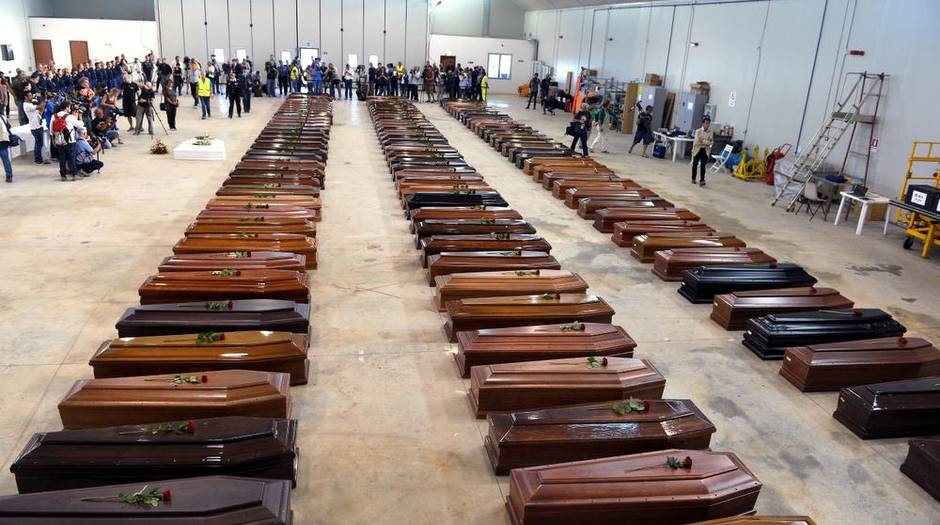 Coffins of victims are pictured in a hangar at Lampedusa airport in Italy on Oct. 5, 2013 after a boat with migrants sank killing more than hundred people. Italy mourned today the 300 African asylum-seekers feared dead in the worst ever Mediterranean refugee disaster, as the government appealed for Europe to stem the influx of migrants. Italian emergency services hoped to resume the search for bodies on October 5, 2013 despite rough seas after the accident, in which 111 African asylum-seekers are confirmed dead and around 200 more are still missing. (Reuters)

Among the people who died at sea, some collapsed and died after they had been rescued. What went wrong?

It rains. People get wet. Then there’s the wind chill [factor]. The sea was rough, and hypothermia even in able-bodied men sets in very quickly. It is very possible that they were already suffering from hypothermia when they were rescued. 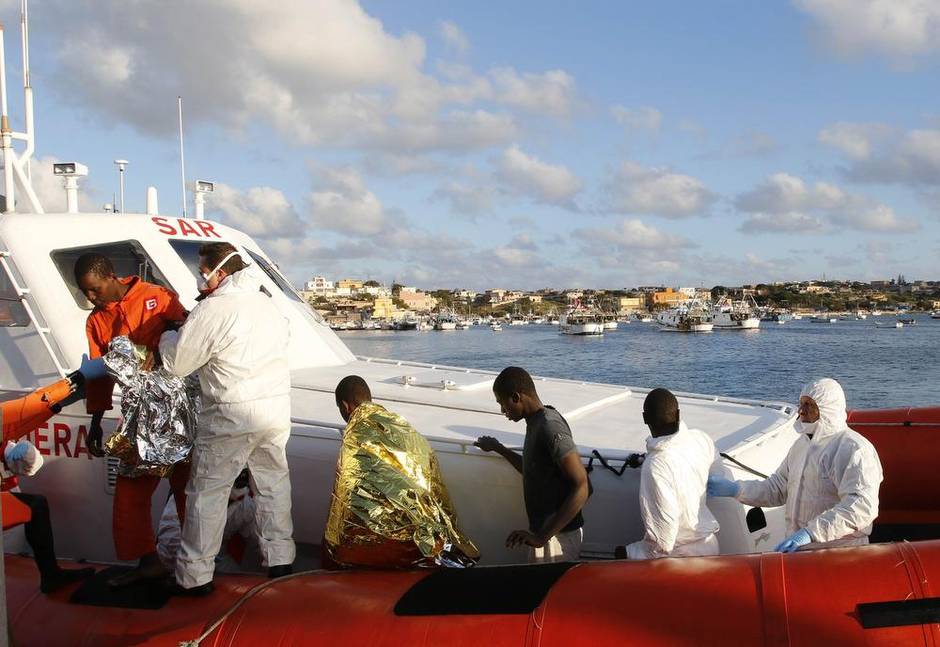 Migrants who survived a shipwreck arrive at Lampedusa harbour in Italy on Wednesday. An Italian tug boat that rescued nine people who had been on two different boats on Monday brought the migrants to the Italian island on Wednesday morning. They are the only known survivors from the two boats carrying 200 people, that they were aboard. (Reuters)

Italy’s Mare Nostrum mission is over. What will the impact be on search and rescue operations?

We are today [back to the situation that prevailed] in 2013 when we had two huge tragedies on Oct. 3 and Oct. 10 [when hundreds of migrants, mainly from Eritrea, died when their boat sank near the Italian island of Lampedusa) which eventually launched Mare Nostrum. We have gone around in full circle. I have no doubt that the Italian authorities do their very best to deal with search and rescue cases out at sea. But when you’re talking about the need to save lives you just need more assets out there. There needs to be another Mare Nostrum, a Mare Nostrum II. Whether this is set up by Italy or by a group of nations that come together to save live is immaterial. What is important is that there is a need for assets out there to save lives at sea.