With Britain's general election a week away (May 7), polls continue to suggest no single party is on track to win outright and smaller parties are likely to hold the balance of power in the new parliament.

The election, which could determine Britain's place in the European Union and Scotland's future in the United Kingdom, is the closest since the 1970s with neither of the two main parties able to open up a big enough lead to rule alone.

Due to the way Britain’s first-past-the-post electoral system works, Labour could win an overall majority with a 3.5 to 5.5 percentage point lead, while the Conservatives would need a lead of between 8.5 and 10 points. 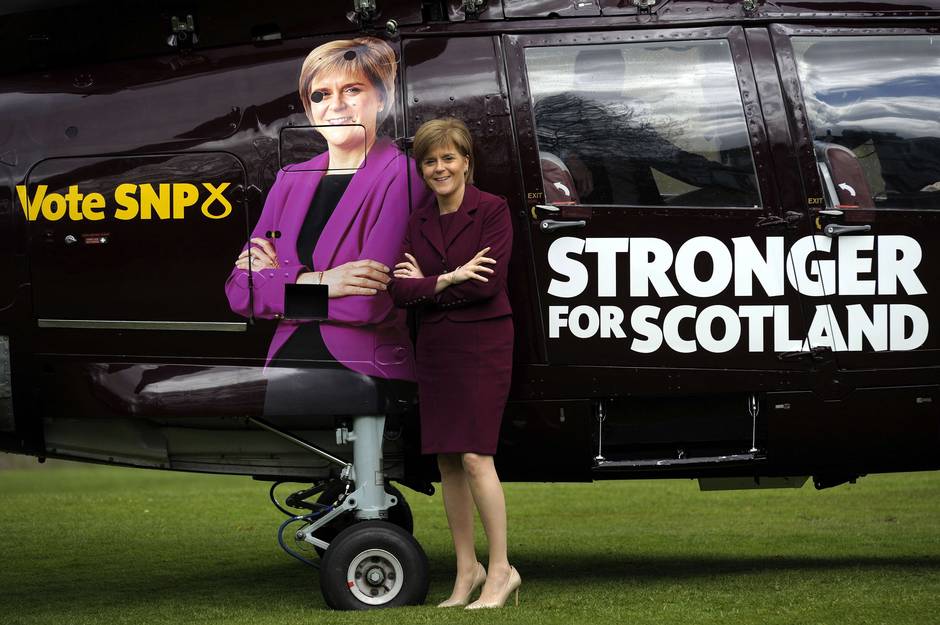 With millions of voters turning to once marginal parties, a majority government looks unlikely for either of the two main parties. That leaves the Scottish National Party (SNP) and the Liberal Democrats vying to position themselves as potential junior coalition partners. The SNP has surged in popularity north of the border since it failed to win September’s independence referendum. An Ipsos-MORI poll of Scottish voters predicted it could win all Scotland’s seat and wipe out Labour in what was once its stronghold. The SNP has said it would be prepared to prop up a minority Labour government in London, but not a Conservative one.

Northern Ireland’s Democratic Unionist Party (DUP) said it was willing to support either pary to help form a stable government. The DUP, supported mainly by Northern Ireland’s pro-British Protestants, arguably has more in common with the Conservatives due to its social conservatism, euroscepticism and championing of defence spending. Nigel Dodds, deputy leader of the DUP, said his party would not seek any specific financial package for Northern Ireland in return for its support. One issue that could jeopardize a deal with the Conservatives is Cameron’s pledge to give English lawmakers greater powers over laws that affect only England within the United Kingdom.

In one of the more bizarre moments of this campaign, Miliband went in the dead of night Monday to the apartment of comedian Russell Brand to give him an interview, which was posted on Brand’s YouTube channel, “The Trews,” which has more than 1 million subscribers. The Conservative media mocked Miliband but the Labour leader defended his effort to reach out to disaffected Britons through Brand, who has almost 9.6 million followers on Twitter. While Cameron called Brand and Miliband’s stunt “a joke”, talk of the interview managed to drown out Cameron’s vow to introduce a law guaranteeing no rise in income tax rates, value-added tax or national insurance before 2020 if his party wins the election. 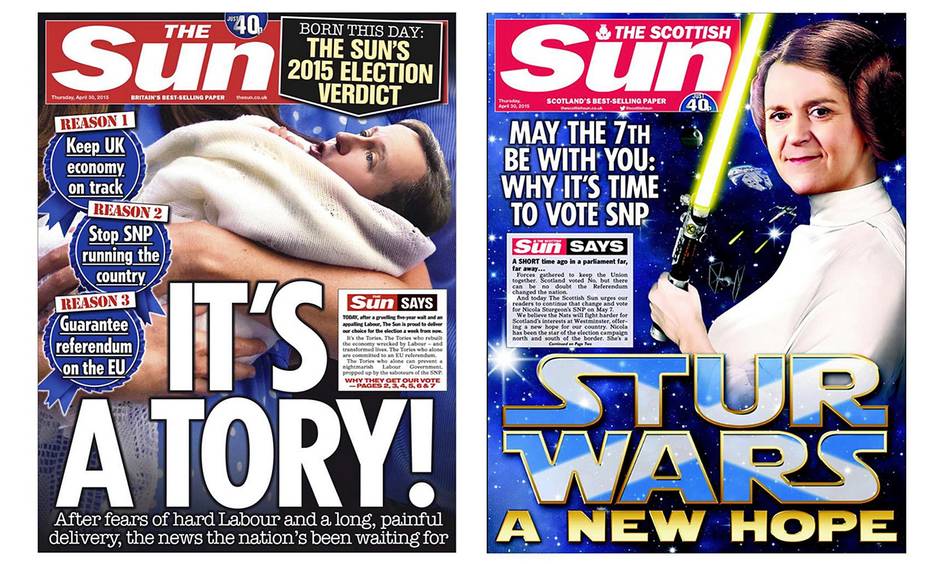 Highlighting the complexity of the election, Britain’s best-selling newspaper, the Sun, urged voters in England to back Cameron’s Conservatives to keep out the Scottish nationalist SNP, at the same time as urging Scottish voters to back the SNP. Under the headline “It’s a Tory” (Conservative), the paper ran a picture of Cameron swaddled as an infant, a play on the nation’s wait for Prince William’s wife, Kate, to give birth to a second child. The Scottish Sun pictured SNP leader Nicola Sturgeon as Princess Leia in “Star Wars”, with the headline “Stur Wars: a new hope”. A spokesman for The Sun said of the different covers, “If Scotland and England were playing each other at football, no one would expect The Scottish Sun to support the English national team.”

New York’s former mayor, Michael Bloomberg, called on British voters to back Prime Minister David Cameron’s Conservatives, telling them the party was the right choice to secure the country’s economic recovery. Bloomberg called on voters to allow the Conservatives to finish the job they’d started, crediting the party’s leadership of a coalition government since 2010 for making the country one of the fastest-growing of any major western nation. Bloomberg’s intervention follows that of Bill de Blasio, his successor as New York mayor, who last September praised the Labour Party leader, Ed Miliband. It is not the first time Bloomberg has associated himself with the Conservatives. In 2012, he spoke at the ruling Conservative party’s conference, calling Cameron a “gold medal prime minister.” 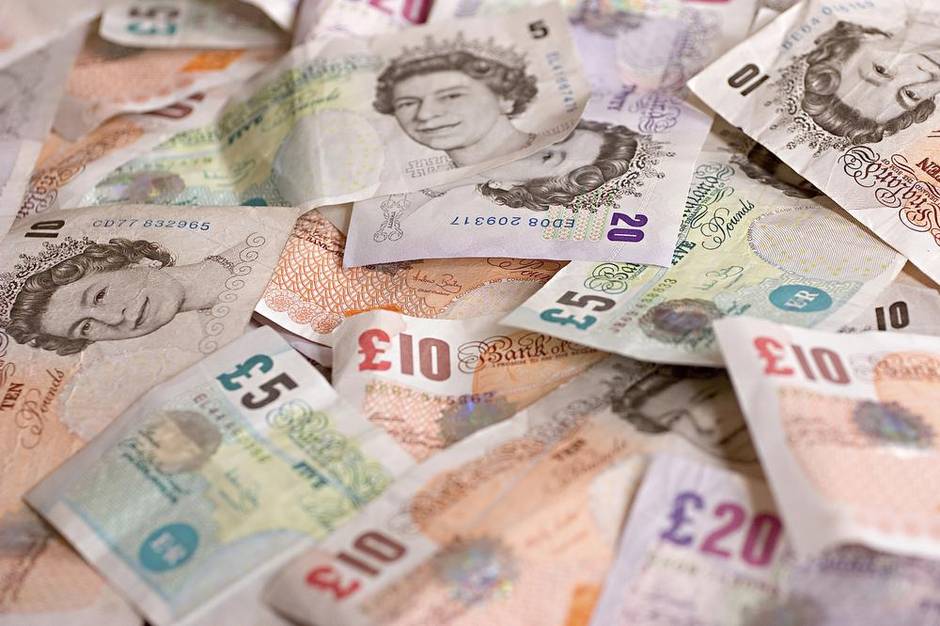 Voters may be telling pollsters one thing but bookmakers say their real feelings are tied to where they bet their money which makes the odds much more of an accurate prognosticating tool as opinion polls. While the polls say its too close to call, bookmakers say they’ve seen a recent shift from people backing Cameron and the Conservatives to Miliband and Labour. Cameron is still the bookmakers choice to win the most seats but Miliband is favoured to become prime minister.

The neck-and-neck race has triggered a betting bonanza according to bookmakers with William Hill calling it “the biggest political betting event we’ve ever seen”. One bettor wagered more than US$300,000 on a hung parliament at odds of 2-to-9 – the largest bet any bookmaker has taken on a general election. Ladbrokes says by the time votes are cast, upwards of US$155-million could be wagered – four-times the amount bet from the 2010 election.

Files from Reuters, The New York Times and Associated Press were used in this report