Herman Mashaba is a millionaire tycoon, an ideological libertarian and self-proclaimed "capitalist crusader" who lectures his listeners about the evils of big government and minimum wage.

He is also, shockingly, the newly elected mayor of South Africa's biggest city. That's a revolutionary phenomenon in a nation dominated for 22 years by a left-wing ruling party, whose cabinet ministers tend to be communists and union leaders.

Less than a month after winning office as Johannesburg's mayor, Mr. Mashaba is already energetically putting his free-market ideas into action. He is distributing thousands of title deeds to impoverished residents, trying to create a new class of landowners. He is plotting with private developers to turn the city into a vast construction site, and he is pledging to use small businesses to slash the unemployment rate.

"My job is on the line," he says, inviting voters to defeat him in the next election if he fails to reduce the city's jobless rate from its current 31 per cent to below 20 per cent.

Mr. Mashaba is probably the only avowed libertarian to become mayor of a major African city. He's even more of a free-market fundamentalist than his political party, the Democratic Alliance. The DA supports a minimum wage, for example, while Mr. Mashaba scathingly denounces it as "an evil system to deprive poor uneducated people of the opportunity to advance."

His highest value, he says, is "individual freedom." He rails against the "culture of dependency" and excessive regulation in South Africa. "I'm just asking the government to leave us alone," he says.

When a Globe and Mail interviewer suggests that he must be a lonely voice as the only libertarian mayor in the country, he laughs. "I was born alone. My life is not shaped by other people."

The son of a domestic worker who was widowed when he was 2 years old, he grew up in poverty in a black township near Pretoria. In the apartheid era, when the white-minority regime made it difficult for blacks to enter business, Mr. Mashaba overcame the obstacles and made his fortune by creating a hair-products empire under the "Black Like Me" brand name.

Now, he wants to apply those lessons to government. He still considers himself a businessman, not a politician. "I'm saying to the investment community, 'If you want to make money, come to the city of Johannesburg.' I can unblock any bottlenecks."

Until two years ago, Mr. Mashaba had never joined a political party. He finally joined the DA in 2014, angered by the corruption scandals and race-baiting rhetoric of President Jacob Zuma. But if anyone had suggested he might end up as mayor of a city of five million people, he says, he would have asked them what they were smoking. Political pundits sneered at his weaknesses as a campaigner, predicting he would never become mayor.

The ANC won 44 per cent of the Johannesburg vote last month, six percentage points more than the DA, but Mr. Mashaba became the "accidental mayor" with the support of a third party, the Economic Freedom Fighters. The EFF, ironically, is even more left wing than the ruling party. Its leaders, portraying the DA as a white-dominated party, said Mr. Mashaba must be someone who hates his own skin colour. But the EFF is virulently opposed to the ANC and determined to unseat it anywhere, even at the cost of supporting a right-wing party. In the end, the ANC lost control of three of the country's biggest cities.

Despite his wealth, the 56-year-old mayor describes himself as "pro-poor." He has even cancelled the ANC's plan to create new bicycle lanes, seeing it as a middle-class luxury and preferring to spend the $5-million (U.S.) on housing for poor people.

But he believes he can best help the poor by unleashing the private sector. This week, he called a meeting of private-property developers, expecting 40 to attend. Instead, more than 100 developers flocked to the meeting, eager to hear his ideas. A day later, he sent an e-mail to his senior officials, ordering them to boost their help to the developers by easing regulations, improving street cleaning, increasing visible policing and fixing infrastructure.

"I want this city, as a matter of urgency, turned into a construction site," he says. "We just need the political will." 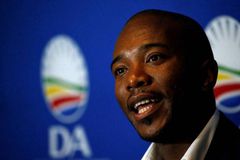