The young man with angelic eyes winced as hospital staff moved him from a wheelchair to a bed, in a hospital near the front lines of Libya's uprising, and his expression became even more pained when asked about his father.

"He was in Guantanamo, he was in Afghanistan, but he wasn't with bin Laden," said Mohammed Sufian Al-Qumu. The 20-year-old seemed deeply reluctant to speak about his family, and rebels standing at his bedside made sure he did not face many questions.

"We are not al-Qaeda! No al-Qaeda!" one shouted.

The world laughed when Moammar Gadhafi made his ridiculous claims that the rebellion was an al-Qaeda plot to intoxicate the youth with hallucinogens and dreams of religious war. However, a strategic calculation underpinned the Libyan dictator's insistence that he faces attack from Islamic radicals: He bet that foreign intelligence agencies have quiet suspicions about the presence of fundamentalists among the rebels.

The rebel leadership has waved off such concerns. Earlier this week, Abdel Hafez Ghoga, deputy head of the interim council in Benghazi, reacted with obvious amusement when asked about Col. Gadhafi's claims.

"Al-Qaeda and Islamism in the Arab world is merely an excuse, to scare the international community to justify his staying in power. These are tricks, and nobody believes them any more," he said.

As the days pass with no military help from the international community, however, other rebels say they need to address the issue of Islamic radicals in more detail, opening up about their country's difficult history with extremists.

Perhaps the most prominent rebel leader to face such questions is Abdul Hakim Al-Hasadi, 45, recently appointed chief of security in the rebel-controlled town of Darnah. He says he leads roughly 1,000 men and has personally commanded units in recent battles around the port town of Bin Jawad. On Friday, he buried another of his men near the city's central mosque, in a graveyard where, locals say, companions of the Prophet Mohammed are also entombed.

Mr. Al-Hasadi says he taught history and geography at a local high school until 1995, when he escaped Libya and spent a few years travelling. He finally settled in Afghanistan in 1999. He acknowledged that he lived in a camp and received training in guerrilla warfare, but would not say who controlled the facility.

The rebel commander said he witnessed the awe-inspiring power of U.S. air strikes when bombs hit Taliban and al-Qaeda positions in 2001. "We felt extreme rage," he said. "They were killing women and children. It made us hate the United States."

Despite that experience, Mr. Al-Hasadi endorses the rebel council's call for a no-fly zone, which would require strikes at air defences. He goes even further, calling on foreign governments to supply the rebels with advanced anti-aircraft weaponry and attack Col. Gadhafi's headquarters in Tripoli.

"We need Stingers," he said, referring to shoulder-mounted missiles. "We don't need your stupid words."

He smiled wryly when reminded that foreign intelligence agencies have bitter experience with supplying Stinger missiles to anti-Soviet freedom fighters in Afghanistan, only to spend years struggling to keep them out of the hands of terrorists. "This time, we would give them back," he said.

Like other rebels, the Darnah security chief seemed eager to show that he has mellowed since his days at a training camp in Afghanistan. He now has no connection with extremist groups, he said, and he intends to go back to teaching high school after toppling the regime. Perhaps most importantly, he swears allegiance to the rebel council in Benghazi, a group dominated by educated professionals with a vision for a moderate, democratic country.

"If I wanted the Taliban here, I wouldn't have agreed to serve the Benghazi council," he said.

Posing for photographs beside the mosque's graveyard, where 12 fresh plots contain those killed in the recent fighting, Mr. Al-Hasadi discreetly tucked his automatic weapon under his coat and hugged a pair of children wearing rebel colours. Fluttering on a nearby wall of the mosque was a banner thanking foreign media organizations for their coverage of the uprising; while Al Jazeera's logo earned the biggest spot on the banner, CNN and BBC also received mentions.

Such gestures are not superficial, analysts say. The most prominent extremists in the country, Libyan Fighting Group (LIFG), are widely understood to have distanced themselves from hard-line ideology in recent years.

"The group renounced violence and apologized to the regime," said Richard Phelps, an associate fellow of the Quilliam Foundation, who wrote his graduate dissertation on the LIFG. "The LIFG is not the driving force behind the current contestation, though many former members - like most ordinary Libyans - would welcome his [Gadhafi's]departure."

Several former political prisoners who maintained contact with LIFG members in Libya's notorious Abu Salim jail have told The Globe and Mail that the radicals did, in fact, seem to become less militant during their years of brutal incarceration.

"I know all these guys, they're my friends," said Fawzi Farja El-Hasadi, 53, a civil engineer in Darnah who spent 11 years at Abu Salim. During years of internal discussions, he said, the extremists' political aims became more mainstream. Many now want a parliamentary system similar to Muslim democracies such as Turkey, he said.

But the engineer also repeated the widespread suspicion that further delays in international reaction to the crisis will harden local views against the West: "Maybe the U.S. is letting these boys die on purpose."

The dead are particularly celebrated in Darnah, a seaside city of 50,000 with a history of supplying insurgents to Afghanistan and Iraq. Like the young men who fought in those wars, the new generation of rebels uses the same word - mujahedeen, or holy warriors - to describe themselves. But unlike those who went to fight what they viewed as infidel occupations, many of these new mujahedeen appear to have a broader view of the world.

On a recent day at the central mosque, the latest young man killed in battle was commemorated with a large gold-framed portrait facing the main square. Abdul Latif Al-Sharai, was killed on March 9 in Bin Jawad, and his photograph shows him clean-shaven, wearing a crisp blue dress shirt.

"He was a nice man," said his friend Fathlallah Mismary, 28, looking thoughtfully at the image. "He was not the type who would go to Afghanistan. He liked his BMW and his Moroccan music."

Mr. Mismary said he understood what drove his friend into war. He wanted to live in a country with an independent judiciary, freedom of speech and freedom of religion.

Not all of Libya's rebels might agree on the finer points of their vision for the country. Abdil Hafeez, 25, a medical intern at the local hospital in Darnah, said the dead and injured who arrived in his wards during the first days of the revolution represented a diverse mix of people. They filled all the hospital's beds and spilled into the hallways, he said, united with blood and the simplicity of their demands.

"It was a mix of different classes," the intern said. "They all wanted to share in the future of their country."

Libya and the precarious nature of nationhood
March 11, 2011 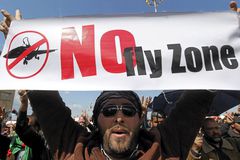 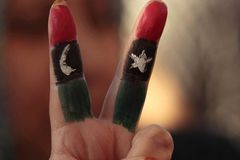 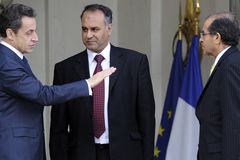 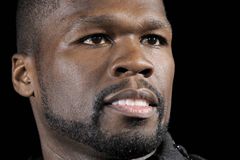