The list of crimes read out to the International Criminal Court – murder, enslavement, pillaging – painted Dominic Ongwen, a long-time commander for Uganda's notorious Lord's Resistance Army, as a monster. But when the accused spoke, he did so in the simplistic language of the child that he was when he was abducted more than two decades ago by the LRA.

"First of all, I'd like to thank God for creating heaven and Earth, together with everybody that's on Earth," Mr. Ongwen began when asked by Justice Ekaterina Trendafilova to identify himself to the court. His voice was faint, and his youthful, unlined face betrayed little emotion, other than the occasional hint of confusion at the circumstances in which he, a veteran bush warrior, suddenly found himself.

"I was born in 1975. I was abducted in 1988 and I was taken to the bush when I was 14 years old, up until now," Mr. Ongwen continued, speaking in his native Acholi, a dialect spoken in his native northern Uganda. Asked to state his occupation, he said through a translator: "Prior to my arrival at the court, I was a soldier in the LRA."

Justice Trendafilova cut him off with a reminder that the pretrial hearing Monday was not the moment to enter a plea or evidence. But the legal, perhaps moral, novelty of the court's first child-soldier case was already clear. Kidnapped as a schoolboy by the LRA, Mr. Ongwen became one of its most feared commanders. He is expected to argue in his defence that he is a victim who, at least in the beginning, did not choose to be a warrior.

Under a 2005 indictment, Mr. Ongwen is charged with three counts of crimes against humanity and four counts of war crimes. Most of the accusations stem from a 2004 attack on a refugee camp. Although the name of the camp is redacted in the public documents released by the ICC, it's widely believed to be the Barlonyo refugee camp in northern Uganda, where at least 200 civilians were massacred in a single day on Feb. 21, 2004.

The case comes at a sensitive time for the ICC, following the collapse in recent months of high-profile prosecutions against Kenyan President Uhuru Kenyatta and Sudanese President Omar al-Bashir. Even stormier waters lie ahead now that the ICC prosecutor's office agreed to investigate possible war crimes committed during last summer's war between Israel and the Palestinian militant group Hamas.

The case against Mr. Ongwen and three other LRA suspects is actually the oldest on the ICC's docket, and the arrest of Mr. Ongwen – who was taken into custody by U.S. forces operating in the Central African Republic earlier this month – the first real burst of progress since arrest warrants were issued a decade ago. Mr. Ongwen's arrest and transfer to The Hague was such a surprise that Justice Trendafilova set his next appearance for Aug. 24, acknowledging that both prosecution and the defence needed time to prepare.

The ICC has nine open investigations – all of them in Africa – and has issued 27 arrest warrants, but has just eight people in its custody including Mr. Ongwen.

Among those still at large is the LRA's infamous leader, Joseph Kony, who faces 33 charges. The LRA is blamed for 100,000 deaths and the kidnapping some 60,000 children since it began its uprising in 1987.

But many people say Mr. Ongwen – who looked uncomfortable Monday in a dark blue suit and checkered grey tie, rather than the military fatigues he was almost always photographed wearing – was a victim before he became a villain.

"Even if Ongwen is criminally responsible, which by the letter of the law he is, how do we judge him for what he did or did not do in a place where all moral choices were suspended, inside a war few know anything about?" said Erin Baines, an expert on the LRA and associate professor at the Liu Institute for Global Issues at the University of British Columbia.

The thickness of that fog of war was made clear in Mr. Ongwen's limited initial statements to the ICC. The birth date he gave in court makes him about five years older than many believed. The date of his abduction, if accurate, is two years earlier than those researching Mr. Ongwen's case had thought. Even Monday, ICC documents simply listed Mr. Ongwen's date and place of birth as "unknown."

Though he identified himself to the ICC as "Dominic Ongwen," it's believed that isn't even his real name but instead an invented nom de guerre he gave himself when the LRA first seized him.

Victor Ochen, director of the African Youth Initiative Network, a non-government organization in northern Uganda, said the court should take Mr. Ongwen's past as a child soldier into account, but that should not outweigh the magnitude of his alleged crimes.

"He is lucky that he's being tried in a formal court, compared to how many courts he conducted in the field. He killed women, he killed children who tried to escape. … When he became 18, he became of legal age and he continued to brutalize people."

Mr. Ochen, who attended Monday's hearing, said his own brother was abducted by Mr. Ongwen's fighters in 2003. Seeing Mr. Ongwen in The Hague, he added, sent the important message "that the perpetrators are not to going to continue their atrocities at will."

After his abduction, he was broken down and rebuilt. According to interviews conducted with Mr. Ongwen's family and people who knew him in the LRA by the Justice and Reconciliation Project in Uganda, kidnapped children were told that Mr. Kony was a spokesperson for God, and someone who possesses spiritual powers. The children were told their families were dead, and they were forced to take part in horrific violence – any child who tried to escape was beaten to death by the other children with sticks – to demonstrate their loyalty to the LRA, and survive.

The interviews by the Project, a community-based initiative in the northern Ugandan city of Gulu, were reported by The Globe and Mail in a profile of Mr. Ongwen in 2008.

The cruellest of the LRA's child recruits got promoted, and Mr. Ongwen apparently excelled. Former child soldiers interviewed by the project said Mr. Ongwen personally ordered people to be boiled alive. His unit's "calling card" was cutting the noses, lips and ears off those it left alive after its attacks.

He even became proficient in leading child-abduction raids, like the one that he was captured in. Mr. Kony publicly referring to Mr. Ongwen as a "role model" for other child soldiers.

Reaction to Mr. Ongwen's arrest and deportation to The Hague has been mixed in his native Uganda. Some relatives of LRA victims who were interviewed by Ugandan media demanded that the trial be held on Ugandan soil. Community leaders in the LRA's former power base in northern Uganda warned that seeing Mr. Ongwen in The Hague might spook Mr. Kony and the other LRA commanders sought by the ICC, convincing them to prolong their insurgency rather than hand themselves in.

Others said they wished Mr. Ongwen had been allowed to face the traditional justice of his own Acholi tribe, a community court that takes into account the experiences of all sides, aiming for forgiveness and reconciliation. Often the aggressor compensates his or her victims with livestock.

The circumstances of Mr. Ongwen's transfer into ICC custody remain cloudy. Rebels battling the government of the Central African Republic claim to have captured Mr. Ongwen following a 25-minute battle earlier this month, and are demanding the $5-million (U.S.) reward the United States had offered for his capture. The United States says Mr. Ongwen surrendered of his own accord on Jan. 6.

In an interview he gave to Uganda's Daily Monitor newspaper while detained in CAR, Mr. Ongwen said he had fallen out with Mr. Kony three years ago, and had been looking for a chance to escape ever since.

He made it clear he hoped the ICC would remember what he went through as a child when deciding on his guilt or innocence.

"I was captured at a tender age, and went there as someone who was blind and deaf," Mr. Ongwen was quoted as saying.

"Each of us sins in different ways. If I committed a crime through war, I am sorry. In my mind, I thought war was the best thing." 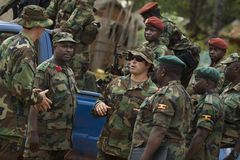 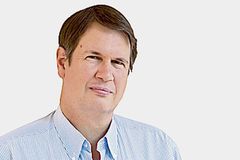