Looking for an out-of-the-way holiday destination this summer – some undiscovered place that's off the tourist trail? Try London.

You might think the British capital would be jammed to the rafters with visitors flying in for the 2012 Olympics, which has attracted 100,000 spectators from other countries.

But in an economic phenomenon that repeats itself every four years, the Olympics have driven away most of the 300,000 tourists who'd usually be in London over the summer – a loss that far outweighs any tourism benefits from the Games.

The results are dramatic. This week you could roll a bowling ball through Covent Garden without striking anyone.

In Leicester Square, you can actually see the ground. Soho's bars have plenty of patio seats available.

In any normal early August, these places would all be shoulder to shoulder.

"It may go against intuition, but having the Olympics arrive in town has made London a completely different place in every possible sense," says Bernard Donoghue of London's Association of Leading Visitor Attractions.

"The central London attractions such as the London Zoo, St. Paul's Cathedral, Westminster Abbey and the British Museum are all seeing attendance figures down 30 to 35 per cent last week compared to the same week last year. As a result there are no queues and tickets are easy to get."

The hotel industry is suffering from the lowest booking levels in years. A survey by the reviewing site TripAdvisor found that 58 per cent of Britain's hoteliers felt that the Olympics and the Diamond Jubilee have been "non-events" that have had a "negative impact" on business.

The result has been a mass selloff of empty rooms. Rooms at four-star hotels in Bloomsbury and around St. Paul's are going for less than £170, £80 to £100 below their usual summer rates.

Further from the Olympic site, the Hilton Paddington was dumping its rooms for less than £120, and rooms in decent three-star hotels in West London were easy to find for less than £100.

A study by Hotels.com found that London hotel prices are on average 25 per cent lower than usual.

London's legendary West End theatres have been devastated, their expensive plays largely ignored by crowds that are more interested in the real-life drama of sports.

"It's an Olympics bloodbath for the theatre," says Mark Shenton, the theatre critic for the Sunday Express. Theatre owners say they are "bleeding," and a number of long-running plays, including Dreamboats and Petticoats and the London production of Chicago, will be closing due to lack of advance-ticket demand.

Restaurants have been hit particularly hard, having lost both tourist traffic and the business of many Londoners, who have fled to the seaside or stayed home during the Games amid warnings from the mayor that the transit system would be overcrowded. (In fact, London Underground traffic has increased by only 4 per cent, according to Transport For London.)

"There has been a marked fall in restaurant bookings … London restaurants have seen a double-digit fall in takings, sometimes considerably more," says Ufi Ibrahim, chief executive of the British Hospitality Association.

The Earl of Bradford told reporters that his Covent Garden restaurant, Porters, had seen a 72-per-cent fall in earnings – it collected only £1,600 in billings last Friday, compared with more than £4,000 the same Friday last year.

"This is nothing short of disastrous at Porters," he told the Evening Standard.

"We have been concerned about the Olympics for some time, but the reality is even worse than we thought – the whole Covent Garden area is so quiet, when it is normally humming with activity."

And the cash registers aren't ringing as loudly. A survey by the research firm Experian found that customer levels in central-London shops last Saturday were almost 12 per cent below their level a year before. Even in East London, where the Olympics are located, shopping was down by 7.5 per cent.

It is a phenomenon experienced by virtually every city that holds the Olympic Games – the organizers and the government predict great tourism benefits which never materialize.

In any city that already has substantial levels of tourism – that is, virtually any city that could qualify to host an Olympics – there is a lot more to be lost than gained from the Games.

While Winter Games don't always fit the pattern, as they take place in smaller cities with fewer hotels and entertainment venues, Vancouver did fail to experience a gain in tourism in the year following its 2010 Winter Olympics.

In 2000, Sydney hoped to see 132,000 tourists during the Games, but saw only 97,000, and experienced no growth in tourism in the years afterward. Four years later, Athens had an even worse experience: Its organizers had hoped for 105,000 hotel guests a night, but received only 14,000. 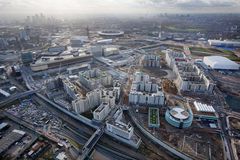 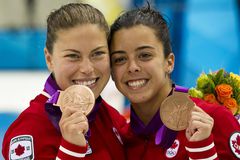 A visual history of Canadian Olympic summer medals, 1900 to today
July 27, 2012
Follow Doug Saunders on Twitter @dougsaunders
Report an error Editorial code of conduct
Due to technical reasons, we have temporarily removed commenting from our articles. We hope to have this fixed soon. Thank you for your patience. If you are looking to give feedback on our new site, please send it along to feedback@globeandmail.com. If you want to write a letter to the editor, please forward to letters@globeandmail.com.
Comments