With the death toll in Gaza now more than 100 after four days of the latest rocket war between Israel and Hamas, Israeli Prime Minister Benjamin Netanyahu announced Friday he had no intention of caving in to growing international pressure to end the hostilities.

"This military strike will continue until we are sure that calm is restored to the citizens of Israel," he said. Israel already has struck more than 1,000 targets in Gaza in a combined assault from aircraft, artillery and naval bombardment. But there are many more targets to go, Mr. Netanyahu said.

Despite the hits that it and other Palestinian militant groups have taken, Hamas also showed no sign of letting up its missile strikes against Israel, acknowledging responsibility for scores of rockets fired Friday against Israeli centres including the launch of a powerful Iranian-built Fajr-5 against Tel Aviv.

Israel's effective Iron Dome missile defence system intercepted it and several other missiles Friday. No Israelis have been killed from the more 600 rockets and mortars fired from Gaza this week, although two Israelis did suffer serious injuries Friday.

The damage has been so lopsided that many people – including the beleaguered Palestinian president – wonder why Hamas started firing rockets in the first place.

"Let's make one thing clear," Naif Rajoub, an influential former minister of religious affairs in the 2006 Hamas government, said. "Hamas didn't start this war. It joined it in order to stop Israel from its attacks on Palestinians in Gaza and in the West Bank."

Sheik Naif is imam of the Dura mosque, the largest Muslim congregation in the West Bank, and agreed to a rare interview Friday, speaking with The Globe and Mail at his home here in the south Hebron hills.

He was dismissive when asked about the comments of Palestinian President Mahmoud Abbas, who this week bitterly questioned the Hamas barrage of rockets into Israel. Palestinians should "fight with wisdom and politics" he said in a rare public rebuke of the militant Islamic group. It is "unacceptable" that the defenceless people of Gaza have to always pay the price for Hamas's folly.

"This just shows you that the Palestinian President lives on another planet," said Sheik Naif, a tall lanky man with a bushy beard and an endless forehead who received his visitors dressed in a casual white robe.

A few weeks ago, the mood was different and things appeared to be going Hamas's way. Peace talks between Israel and the Palestinian Authority had collapsed, much to the delight of Hamas. The Palestinian Authority's leading party, Fatah, agreed to form a unity government, something Hamas had long sought. The new government even won Hamas recognition from several European capitals.

Dura, a dusty suburb of partly paved roads and white stone houses, was quiet Friday– most residents were still asleep at 10 am, having stayed up until after four, celebrating the Muslim feast of Ramadan. But it isn't always so sleepy. A month ago it was where Israeli soldiers found a burned out car that had apparently been used to transport three Israeli teenagers who had been abducted late on June 11 while hitchhiking in the West Bank.

That abduction and killing of the boys – and a subsequent murder of a Palestinian teenager and exchange of rocket fire between Israel and small militant groups in Gaza – were part of a sequence of events that plunged Israel and Hamas into war.

Dura and neighbouring Hebron were the first communities to be tossed by security forces as they hunted for the young people and their abductors. Many associated with Hamas were jailed without charges during the crackdown on Hamas organizations, and Sheik Naif is the highest-ranking Hamas official left at liberty in the West Bank.

Just who fired first remains the subject of great debate. But there is no question that the killing of the three teens put public pressure on the Israeli government to act against Hamas, and the violent investigation and crackdown by Israel put pressure on Hamas to react.

At first, other militant groups in Gaza were firing rockets. But when a 16-year-old Palestinian boy was abducted and murdered the pressure on Hamas intensified and the militant group launched rockets of its own.

Right up to the last minute the group could have refrained from fighting – Mr. Netanyahu made it clear he would "return quiet with quiet" – but the pressure on Hamas was too great, it seems.

Hamas, said Sheik Naif, needed to assert its authority in Gaza, where smaller militant organizations were getting out of hand. And it had to make sure Israel would return to the ceasefire the two parties had agreed to in November, 2012.

Hamas is smart enough to know it cannot win this war by conventional means, so it hopes to lose it in a winning way.

On three previous occasions – in 2006, 2008 and 2012 – the group has gone to war with Israel, accepting that it would lose on the battlefield but, as Middle East expert Daniel Pipes has written, "optimistic about winning in the political arena."

All three times Hamas suffered more casualties and greater destruction than Israel, but it restored its reputation for "resistance," put lesser militant groups in their place, stirred dissent within and against Israel, and won international sympathy.

Sheik Naif would not say what might bring this latest conflict to an end. "Hamas will stop [firing rockets] when Israel stops," he said, knowing that a mutual truce is a victory of sorts.

Hamas's ultimate victory comes from demonstrating the range and power of the group's new weapons, he added. "We Palestinians have been under the boot of occupation for 47 years," he said. "We have felt terror. So it makes us very happy to see panic in the eyes of Israelis for a change." 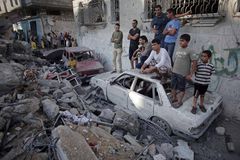 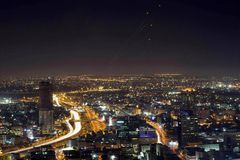 Opinion
Israel must respond in Gaza, but it won’t bring peace
May 11, 2018 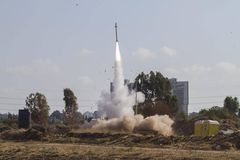 Opinion
Israel’s first duty is to protect its citizens
May 11, 2018 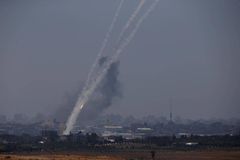 Harper confirms Canada’s support for Israel in conversation with Netanyahu
May 11, 2018 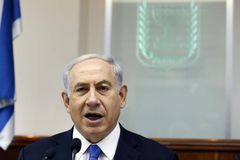