Amir Khan will be up early on Aug. 15. He will eat a quick breakfast, then climb to the roof of his small house on the edge of the vast sprawl of the Indian capital. He will be joined by four or five of his friends and together they will scan the sky. When they spot the first flash of colour, they will launch their arsenal: The boys have pooled their savings and invested 300 rupees, or $6, in 20 patang, fighting kites made of tissue paper and bamboo, and a 900-metre spool of glass-encrusted cotton thread.

The boys will battle until the sky is completely dark, 11 hours later. They will fight friends, neighbours and strangers, deftly coaxing their kites through the sky so that their abrasive string cuts through their rivals'. Some kites will be cut free and lost, but when things go well, the boys will cut the strings so that the other kite plummets down onto their roof or the street below – and they will dash down to catch it and add it to their stock.

When it's over? They will stack the kites away, and perhaps some will survive until next year. "We only fly them on Independence Day. You have to fly a kite for your country's freedom," Mr. Khan said.

This year marks 65 years since India threw out its colonial overlords and the occasion will be commemorated in different ways across the land – with parades, concerts, garden parties. In the capital, the hallmark of the celebration is kites: Tens of thousands will fill the skies, with fliers in every public park and, especially, on every roof in the labyrinthine tangle of Old Delhi, the ancient imperial seat.

Kite flying is believed to have come to South Asia from China thousands of years ago, and became a popular competitive sport in the Mughal empire; there are epic poems from the 1400s that recount battles. The Afghan love of kite fighting is the backdrop for the popular novel The Kite Runner. In India, the dance and swoop of the kite became a metaphor for freedom with the ousting of the British. Similarly, Afghans launched their kites to the sky to mark the overthrow of the Taliban, who had banned them. Today, Indians consider mass kite flying a way of demonstrating pride in independence, explained Nazir Hussein, who comes from an ancient kite-making-and-battling family in Rajasthan.

While kite vendors say kids today don't fly like they used to, the city's electric company put out a plea this year for responsible kite use, noting that a person can easily be electrocuted if a kite flies into wires and that 23 separate power outages, each affecting thousands of people, were caused by kites on last year's Independence Day. The festival is hard on the city's avian population as well – pigeons, crows and parakeets get their wings sliced by kite string and the Old City's one bird hospital is bursting at the seams after Independence Day.

In early August, Lal Kuan, the central market inside Old Delhi, undergoes an annual transformation into kite mecca – every shop has thousands of them. The cheapest are just a rupee each; the best models, which come from Bareilly in Uttar Pradesh, are a whopping 10 rupees, or 20 cents. A serious flier will buy 30 at a time – plus a 600-metre spool of the best cotton, which has sufficient length to fly all 30 kites.

The kites are made, often by children trying to supplement their family wages, in villages across the Indian north, and the market's stall operators buy them in bulk, paying $5 for 1,000 kites.

Gourov Sharma, 28, who works in his parents' real-estate business, trekked from his middle-class neighbourhood in the south of the city to find the perfect kite last week. He found it on the crammed shelves in an Old Delhi stall rented by Nazir Hussein – a mid-size patang with carefully smoothed bamboo that was heated and bent into an arching frame, with thick tissue sealed so no errant drafts catch in its seams and make it hard to wield – and bought 50.

Mr. Sharma came shopping alone. "On the 15th, it is every person for himself: Everyone wants to cut, and there are no friends, no family, no looking out for whether someone is big or small." His index finger was striped with cuts from pulling sharp string in practice runs; he has battled on every Independence Day for 20 years.

His purveyor, Mr. Hussein, has competed at the all-India kite competition 14 times. (He has never won, which he attributes to "bad luck and lack of mental fortitude.") Today he coaches a kite club of 10 young men (culturally, kites are not for girls, hereabouts); they enter local competitions, where there are no prizes or money to be won, but great local renown. For a few weeks each summer, Mr. Hussein endures the muggy heat of Delhi in monsoon season to pocket some rupees from the Independence Day kite rush. He is known for his especially lethal thread. It is made by applying powdered glass to the cotton string, which is coated by a paste made of rice. Mr. Sharma cradled the spool in his elbow and gave the string a tentative rub, then winced, then bought it.

The Lal Kuan market was thronged this past week, but vendors say sales are down to half what they were a decade ago – they blame rising prices and a cultural shift. "People are not as interested as they once were – children have new things to do, computers and TV," said Mohammed Yusuf, 69, who runs a tiny kite stall. "This was for the older generation."

Mr. Khan, Mr. Mishra and their friends beg to differ. They cut school twice last week to come hunting for supplies in the Old City and they were itching with anticipation. "For our kites, there is just this one day in the year," Mr. Khan said. 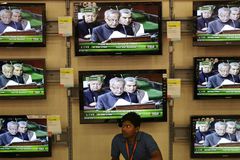 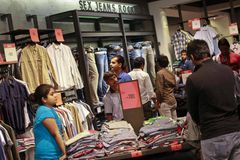 Opinion
Could India’s power outage have been a blessing in disguise?
August 5, 2012 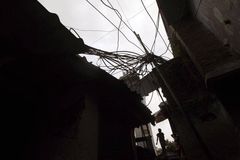