Egyptians vote Tuesday and Wednesday on a new constitution, just six months after the army forcibly removed elected president Mohammed Morsi from office. But if the votes cast this past weekend by Egyptians abroad is any indication, Egypt could be riding for yet another fall.

While an overwhelming majority of ballots cast in countries from Saudi Arabia to Canada supported the new, more secular constitution, the turnout of voters was extremely low – just 15 per cent, down from the 40 per cent turnout by expatriates in the referendum on the constitution drafted by Mr. Morsi's Islamist allies a year ago.

Should the overall vote in Egypt be anything close to that 15 per cent, it will cast a pall over the whole process and raise questions about the future direction of the country.

Coming so soon after the upheaval last summer in which more than 1,000 Morsi supporters were killed, thousands arrested and his Muslim Brotherhood movement outlawed, there's a lot riding on this vote. Not just a constitution is at stake, but also the legitimacy of the military-backed interim authority and even the possibility of army chief General Abdel-Fattah el-Sissi running for the presidency.

Fewer than 33 per cent of registered voters cast ballots in the last referendum, and the turnout this time "must significantly exceed 33 per cent if the army is to claim that it is officially backed by the majority of Egyptians," says an influential Egyptian blogger who writes under the pseudonym, The Big Pharaoh.

In Canada, just 455 ballots were cast, an Egyptian official said. That's less than 8 per cent of those registered to vote. Some 99 per cent voted in favour of the new charter.

"We must support it," said Hani Tawfilis, 54, a Hamilton pharmacist who organized buses that left Mississauga at 4 a.m. Saturday to bring "yes" voters to the polling stations in Ottawa and Montreal. "If this constitution doesn't pass, the country will split in two. There could be civil war."

"Not just Copts, but everyone will suffer," said Mr. Tawfilis, a Coptic Christian who moved to Canada in 1990.

While Egyptian officials say the turnout was affected by the absence of mail-in ballots this year, Rania Lawendy insists the bigger factor was the effort to get people to boycott the vote.

"What the army did last year was illegal," said Ms. Lawendy, 39, a Muslim chaplain at the University of Waterloo. "And we are determined to stop it."

The army says it had the support of the people in the streets last summer when it ousted Mr. Morsi, but "you can't count the number of people on the street," said Mahmoud Abou Elneel, 39, a Toronto IT consultant who is boycotting the vote. "They want this referendum to legitimize what they're doing."

The document itself is seen by many Egyptians and human-rights activists as a considerable improvement on the Morsi constitution that allowed unchecked presidential powers, religious-oriented law and gave short shrift to the rights of non-Muslims.

Ms. Mostefa, 64, insists that the removal of Mr. Morsi last July should not be classified as a coup but as a response by the military to the people's wishes.

"I voted for Morsi," she admitted, "because I wanted a fresh start. But he was terrible. He had to go."

"I didn't agree with everything he did," said Ms. Lawendy, the chaplain, "but I was in Raba Square when the security forces attacked the protesters. Morsi at his worst never came close to doing such horrendous things."

"Egypt is one of those countries that needs strong leadership," said Mr. Tawfilis. "The Egyptian layman is not well enough educated to participate in a democracy. It will take 40 years for that to happen." For Mr. Tawfilis's money, that means that Gen. el-Sissi is man for the job.

"He's just the kind of man we need," agreed Ms. Mostefa. "He's the only one who can defeat an Islamic candidate."

"Support for Sissi is strong," added Ms. Lawendy. But it's all according to plan, she said. "The army crackdown has created a climate of fear in the country and the people feel compelled to turn to the general to protect them." 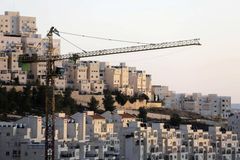 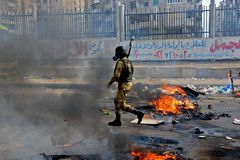