The lawyer for Aydin Coban, the 35-year-old Dutchman who allegedly pushed British Columbia teen Amanda Todd to suicide after extorting her with webcam footage, has vowed to fight extradition "tooth and nail," saying his client would be denied a fair trial in Canada.

"The media frenzy that this case has provoked in Canada would affect the objectivity of the trial. He's basically been declared guilty, without anyone even having seen the file," lawyer Christian van Dijk said Thursday from his office in Utrecht.

Mr. Coban remains in custody in the Netherlands following his January arrest in a trailer park in the southern city of Oisterwijk.

Scant details of Mr. Coban's life have emerged, owing to the Dutch judicial system which does not disclose information regarding suspects awaiting trial, but Mr. Coban appears to be a man who kept largely to himself.

Interest in the case underscores recent efforts by police to pursue cyberbullying cases, including those with global reach. According to the Dutch public-prosecution service, Mr. Coban allegedly victimized "dozens of girls in several countries, in any case in the Netherlands, the U.K. and the U.S.," including Ms. Todd and others in Canada. It is also investigating possible victims in Norway.

Mr. Coban's alleged involvement in the Amanda Todd case also demonstrates how international law-enforcement co-operates to crack down on cyberbullying. His arrest followed a tip sent to the Dutch prosecution service by U.S. authorities last fall. An American Internet-service provider had detected unusual Web activity with a possible link to the Netherlands.

Paul van der Zanden, a spokesman for the prosecution, said Thursday that investigators believe Mr. Coban worked alone and was not part of a criminal network, although he stressed the investigation was ongoing and "complex." A judge last Wednesday extended Mr. Coban's pretrial custody by another three months.

According to Mr. Van der Zanden, Mr. Coban will not be tried in the Netherlands over charges relating to the Amanda Todd case because the prosecution does not want to interfere in a Canadian investigation.

"We have no intention to do so, because it's a Canadian case, which has been investigated thoroughly in Canada for years, not mentioning the fact that a suspect cannot be tried in two different countries for the same crime," he said from the Landelijk Parket offices in Amsterdam, a division of the Dutch public-prosecution office that handles high-profile cases considered to be of international importance.

Mr. Van der Zanden pointed out that, contrary to recent reports, it is highly unlikely that Mr. Coban will face trial in Canada before these initial charges arising in the Netherlands have been dealt with. An official extradition request has yet to be received, but any such request would take months to process.

"An extradition request must first be processed, then reviewed by a judge and finally by the minister of security and justice," Mr. Van der Zanden said. "It is realistic to assume that the initial Dutch case will be finished before the suspect is ready to possibly be handed over to Canada."

Before he was arrested, Mr. Coban appears to have led a solitary, wandering existence. It is unknown where he lived before he settled in Oisterwijk, and he has no fixed address registered in the Dutch municipal administration. No telephone number for him is listed in the national phone book and, to date, he has not been linked to a social media account.

Mr. Coban's lawyer describes his client as a "quiet and withdrawn" man, who is unmarried and has no children. Mr. Van Dijk said Mr. Coban's parents were Turkish and that he was born in Tilburg, a city not far from Oisterwijk. According to Mr. Van Dijk, and contrary to recent media reports, his client does not hold a Turkish passport.

"I doubt he even speaks Turkish; he's a Dutchman," Mr. Van Dijk said.

Police arrested Mr. Coban while he was at home in a bungalow he had rented for three months in the De Rosep trailer park.

For the short time he was a resident at the park, Mr. Coban largely kept to himself. Neighbours rarely saw him and those who did are reluctant to speak to reporters, rattled by recent media interest at De Rosep.

"He was a quiet man. He kept very much to himself. We didn't see him much," said one neighbour, who asked to remain anonymous. 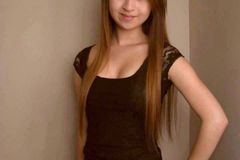 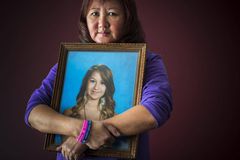 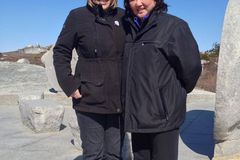