Palestinians should be denied the right to vote if Israel annexes the West Bank and should be required to live separately – in effect creating apartheid-style state – according to a poll published in Haaretz, the leading Israeli newspaper.

The poll exposes strong support for institutionalized discrimination against Palestinians. But the poll's questions and terminology, and Haaretz's publication of it seem intended to stir the emotional debate about the future shape of Israel during an election campaign.

Israelis go to the polls in less than three months. Among key elections issues will be the vexed issues of a stalled peace process and whether a two-state solution remains viable. Nevertheless, framing issues of separateness and relations between Jews and Arabs in terms of apartheid will be widely seen as emotive, if not inflammatory.

The survey used the racially-charged term "apartheid" in seeking respondents' views about separating populations. In publishing the results, Haaretz noted that the survey firm Dialog acknowledged "perhaps the term 'apartheid' was not clear enough to some interviewees." Apartheid, an Afrikaans term for forced racial segregation, defined the repressive South African society that treated non-whites as inferior.

Whether or not they fully appreciated the nature of the term, Haaretz reported that less than a third of respondents "objected to calling Israel an "apartheid state.'"

Arab-Israelis, about 20-percent of the population, currently have full rights, including the right to vote. However, the Dialog survey found nearly a third of Jewish respondents wanted to take voting rights away from Arabs. Even more disquieting, "almost half – 47 percent – want part of Israel's Arab population to be transferred to the Palestinian Authority," Haaretz said. More than four in ten Jewish respondents said they didn't want to live in a building with Arab residents or have their children in schools with Arab children.

Haaretz didn't break down the sample's subsets but did report that the ultra-Orthodox Jews were the most strongly in favour of separating the two peoples.

"The ultra-Orthodox, in contrast to those who described themselves as religious or observant, hold the most extreme positions against the Palestinians," Haaretz reported, noting that more than two-thirds favour transfer of Palestinians away from Jewish population centers.

Haaretz, Israel's oldest newspaper which publishes in English and Hebrew usually backs left-wing and secular positions. It acknowledged that the survey "questions were written by a group of academia-based peace and civil rights activists" suggesting that they may have been intended to provoke outrage if – as expected – many conservative and religious respondents endorsed separateness or apartheid.

In an accompanying commentary, Gideon Levy, said the poll "lays bare an image of Israeli society, and the picture is a very, very sick one. Now it is not just critics at home and abroad, but Israelis themselves who are openly, shamelessly, and guiltlessly defining themselves as nationalistic racists." Mr. Levy, who has long been controversial for his unflinching reporting from the occupied territories, added: "We're racists, the Israelis are saying, we practice apartheid and we even want to live in an apartheid state."

Many Palestinians contend they already live with systemic discrimination both in Israel and in the West Bank where Jewish settlements are linked by a network of special roads and have their own access to scarce water supplies.

Although roughly half of respondents – 48 percent – remain opposed to annexation of the West Bank, nearly 40-percent now back annexation, clear evidence that many Israelis now believe the long-stalled peace process aimed at a two-state solution won't be successfully revived.

Debate over annexation will increase in the three months before elections. 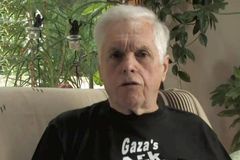 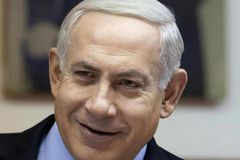