As a film plot, Marina Silva's life story strains the bounds of credulity (yet a biopic is nevertheless in the works). As the background for a candidate with a real shot at being Brazil's new president, her story is both fantastical and a source of some anxiety: With a life this full of drama, just what kind of president can she be?

Ms. Silva grew up in the Amazon forest as one of 11 children in a family of traditional rubber tappers. Near death from hepatitis and malaria as a teenager, she made her way to the city and was rescued by Catholic clerics who helped her learn to read, then introduced her to liberation theology. She became a teacher who fought for the forest alongside legendary environmental activist Chico Mendes, and then a wildly popular local politician – and at 36, the youngest person elected to Brazil's senate.

She nearly died again from heavy-metal poisoning, became an evangelical Christian and was made a federal cabinet minister – then quit over laws that she said sold out the forest, choosing the Amazon over power.

And now, according to polls, Marina Silva is neck-and-neck in the presidential race, the unlikeliest of candidates drawing legions of supporters in a perilous political time.

Ms. Silva, 56, ran for president as a "third way" candidate in 2010, using the campaign to draw attention to the environment and other issues important to her. Back then, she had no real chance of winning – but she nevertheless startled the political establishment when she pulled 20 per cent of votes. She intended to run again this October, but her new Sustainability Network failed to qualify as a party. Ms. Silva alleged foul play, but electoral courts did not agree.

Then she startled everyone by offering herself as a vice-presidential candidate to Eduardo Campos, a telegenic young politician from a political family, running for the Brazilian Socialist Party. Together they were a strong pair, but still hovering just below 10 per cent in the polls.

Mr. Campos was killed in a plane crash while campaigning near Sao Paulo a week ago – and all eyes turned to Ms. Silva, who is expected formally to confirm Wednesday that she will run in his place. The party has already indicated she will be its candidate.

In the first poll since Mr. Campos's death, Ms. Silva finishes second to President Dilma Rousseff, edging out Aecio Neves, a conservative senator from the south who until now held second place – and Ms. Silva slips past Ms. Rousseff in a runoff, although by just a few points, smaller than the margin of error. Nevertheless, the strength of her showing in the poll has buoyed her supporters.

"These polls were done at the emotional moment of the tragedy," noted Alfredo Sirkis, a federal member of Congress who wrote a book called The Marina Effect: Behind the Campaign that Changed the Election, about 2010. Ms. Silva's ability to win a runoff against Ms. Rousseff, whose party has been in power for 12 years and overseen a period of considerable positive change, is debatable, he said: "But it's not impossible for Marina to win the election. She will embody the idea of change, that there's a different way of doing politics."

Ms. Silva draws supporters from three corners: from the 25 per cent of Brazilians who are, like her, evangelical Christians and social conservatives; from middle-class Brazilians frustrated with poor public services and concerned about the environment and climate change; and especially from young people disillusioned by the traditional political establishment, including millions who took to the streets in unprecedented demonstrations against corruption and government waste last year.

While the traditional Brazilian power structure tends to come from the more industrialized and prosperous south of the country, Ms. Silva grew up near the Bolivian border, in the "other" Brazil which in many places lacks even rudimentary public services. The deforestation that she first opposed as Mr. Mendes's lieutenant – by loggers, farmers and miners – is ongoing, while the Brazilian government has championed aggressive infrastructure development in Amazonia as well.

Ms. Silva is certainly the most admired candidate on a personal level, but many people question whether someone of her personal integrity can survive in the deal-cutting backrooms where Brazilian politics get done. She famously resigned her post as environment minister under President Luiz Inacio Lula da Silva in 2008 when her bid to stop deforestation in the Amazon brought her into conflict with the agro-business leaders – particularly soy farmers – who are deep-pocketed supporters of the main political parties.

"It would be difficult for Marina to govern," acknowledged Mr. Sirkis – but all of Brazil's political parties are going to have to negotiate a new landscape, given the amplified demands of civil society and a stalled economy, he said. "So Marina is not the only one with a big challenge."

One of Ms. Silva's key backers, Maria Alice Setubal, says people who doubt her ability to govern are ignoring her long track record in municipal and state politics, her rapid rise in the senate and even the alliances she made when she joined Mr. Campos. "If anyone knows politics, it's her," said Ms. Setubal, a philanthropist and heir to a banking fortune who is one of several high-profile members of the Brazilian elite to endorse Ms. Silva after being won over to her sustainability agenda. "She is able to co-ordinate and engage politically like few people can, because she knows how to listen, how to negotiate."

Her popularity with young Brazilians could be a game-changer, says Marilia de Camargo Cesar, the author of a biography of Ms. Silva called Marina: A Life for a Cause. "Marina connects with them because she is worried about this generation, about the planet, the environment – it's not just a speech. Young people can see the truth in one's eyes – they can see when a person is cynical. They see that Marina speaks from the heart when she says she wants to do politics in a different way, to listen to those who have no voice."

Ms. Silva will face strong criticism for her religious beliefs – the evangelicals are an anathema to many in the Brazilian elite. Her faith is her guiding principle at this point, say those who know her well, but Mr. Sirkis said she is "a rare progressive" evangelical who is also an advocate of a secular state. Seventy per cent of Brazilians share her opposition to abortion, Mr. Sirkis noted, while she has said she favours referendums on contentious social issues.

Ms. Silva will face other challenges in this campaign: Her new party lacks the national infrastructure of her two competitors and has much less funding and allotted time for television advertising.

"She's not a messiah – Brazilians still have this childish wish for someone who will come and save things," said Ms. Cesar. "She's not that – she's a human with flaws like everyone else. But she's a person of integrity and ethics and we need that desperately." 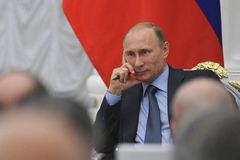 In Brazil, a mayor inspires a fashion revolution
January 14, 2014 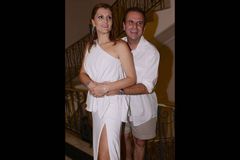