When one of South Africa's biggest newspaper chains was sold last month, an odd name was buried in the list of new owners: China International Television Corp.

A major stake in a South African newspaper group might seem an unusual acquisition for Chinese state television, but it was no mystery to anyone who has watched the rapid expansion of China's media empire across Africa.

From newspapers and magazines to satellite television and radio stations, China is investing heavily in African media. It's part of a long-term campaign to bolster Beijing's "soft power" – not just through diplomacy, but also through foreign aid, business links, scholarships, training programs, academic institutes and the media.

Its investments have allowed China to promote its own media agenda in Africa, using a formula of upbeat business and cultural stories and a deferential pro-government tone, while ignoring human-rights issues and the backlash against China's own growing power.

The formula is a familiar one used widely in China's domestic media. It leads to a tightly controlled pro-China message, according to journalists and ex-journalists at the Africa branch of CCTV, the Chinese state television monopoly that owns China International Television and launched a new headquarters in Nairobi last year.

"It was 'our way or the highway,'" recalls a journalist who worked in Ethiopia for CCTV. He said he was ordered to focus primarily on diplomatic negotiations over Sudan, with his bosses citing "China's interest in the region" – a reference to China's state oil companies and their heavy investments in Sudan.

Other CCTV Africa journalists say they were told to provide positive news on China, to omit negative words such as "regime," and to ignore countries such as Swaziland that have diplomatic relations with Taiwan. Chinese demand for ivory could not be mentioned in stories about Africa's poaching crisis, one journalist said. Another recalled how human-rights questions had to be avoided in an interview with an authoritarian African leader. "I knew it would be cut out of my story, so I self-censored," he said.

The journalists asked not to be named for fear of repercussions.

If there is an "information war" between China and the United States on an African battleground, as former U.S. Secretary of State Hillary Clinton suggested at a Congressional committee hearing in 2011, it appears that China is beginning to win the war.

In South Africa, Chinese investors have teamed up with allies of the ruling African National Congress to purchase Independent News and Media, one of the most powerful media groups in the country, which owns daily newspapers in all of the major cities.

The deal was spearheaded by Iqbal Surve, a businessman with close African National Congress connections who says he wants the media to report more "positive aspects" of the country. Financing was provided by state investment groups from China and South Africa, along with Mr. Surve's consortium. Top leaders of the ANC helped put together the Chinese investors with Mr. Surve's group, analysts said.

Under the deal, China International Television and the China-Africa Development Fund, both controlled by Beijing, will end up with 20 per cent of the newspaper chain – a stake that will allow them to materially influence the company, according to South Africa's Competition Commission.

Even though South Africa's feisty journalists will push back against any attempt to censor them, China is still likely to end up with more power to shape the media in Africa's wealthiest country.

"I do not think the Chinese authorities will crudely impose their views on our media, as they do on much of their own, but I do think that they are likely to try and influence it for a more sympathetic view of themselves and the ANC government," said Anton Harber, a journalism professor at the University of the Witwatersrand in South Africa, who has reported extensively on the Chinese investments.

"It is my view that the ANC is working with their Chinese allies – ruling party to ruling party, in the way the Chinese government so often works – to increase their influence in our local media and counter what they view as a hostile media sector."

Meanwhile, other Chinese media investors are gaining a bigger foothold across Africa. A Chinese company, StarTimes, purchased a controlling stake in South African satellite television provider TopTV this year, adding to its presence in 13 other African countries. The state-run radio broadcaster, China Radio International, has FM stations in three East African cities, while its AM channel covers all of Kenya.

China's state news agency, Xinhua, has nearly 30 bureaus in Africa, along with its own television channel. It provides news bulletins for 17-million Kenyan cellphones, while CCTV provides a mobile TV service called I Love Africa. African journalists and press officers are often invited on all-expenses-paid "training" sessions in Beijing, as part of Chinese aid programs that give short-term training to 30,000 Africans and full university scholarships to another 18,000.

In Zimbabwe, CCTV provided new equipment for the state television monopoly, allowing it to broadcast President Robert Mugabe's campaign rallies for many hours during the July election campaign. China also supplied giant television screens for Zimbabwe's main cities, so that government information could be broadcast on the streets.

The centrepiece of China's media empire is its new CCTV hub in Nairobi and its flagship show, Africa Live. With its staff of about 100 people (about 40 of whom are Chinese), and correspondents in 14 bureaus, the show is intended to compete with BBC and CNN.

Top executives of CCTV in Nairobi declined requests for an interview. But speaking on condition of anonymity, their journalists said the Africa headquarters is extremely well-financed, with state-of-the-art equipment and salaries double the Kenyan norm.

Its content, however, is often simplistic and condescending. It produced a documentary, for example, called Glamorous Kenya that portrayed the country as "a land of mystery" and "kingdom of animals." It gives consistently glowing coverage of Chinese trade and aid in Africa, including frequent stories about the two dozen Confucius Institutes that provide Chinese language training across Africa.

News scripts are carefully vetted by Chinese editors, the journalists say, and there are instructions to avoid any negative coverage of Chinese leaders at summits. Some journalists are docked pay if their reports are considered "poor."

When a CCTV reporter quoted Zambian mine workers who were angry at their Chinese employer, his story was shelved. And when Muslims protested against the Ethiopian government, the CCTV correspondent wondered whether to cover the street protests. His bosses swiftly vetoed it. "No religion," they said. 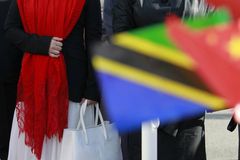 BRICS chafe under charge of ‘new imperialists’ in Africa
March 26, 2013 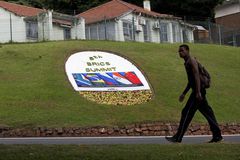 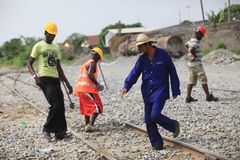 In South Africa, Chinese tigers claw their way back to life
June 16, 2013 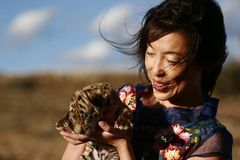 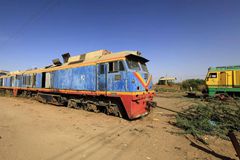 Will African trade be same old dance, but with a new partner?
Subscriber content
March 13, 2013 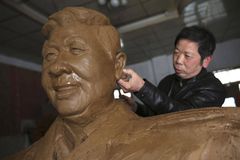 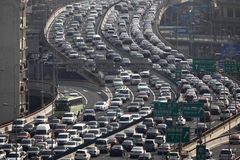 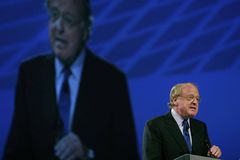 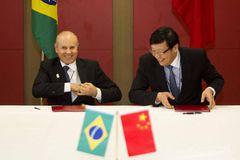