It's a book almost everyone has heard of, few have actually read and some want banned altogether.

Adolf Hitler's two-volume, turgid and often boring Mein Kampf remains as divisive as ever – pitting those who never want to see it published because it glorifies the Third Reich against those who say banning it only heightens its perverse attraction.

In Canada there has been a debate about whether it should be sold in Chapters, after the company banned it. In the United States there has been controversy over the profits from its sale, prompting the publisher to donate all proceeds to charity. But nowhere has the debate been more intense than in Germany which is facing the prospect of seeing copies of Mein Kampf published in the country for the first time since Hitler's death at the end of the Second World War.

The state of Bavaria has held the copyright on the book since 1945, after assuming the rights from the Nazi publishing house. Since then it has blocked any publication of it in Germany. Technically Mein Kampf is not banned, because copies are readily available online and millions of originals are still floating around the country from the days when the book was mandatory reading and the Nazis gave copies to all newlyweds. But the prohibition on publication has been an important symbol of Germany's fight against extremism.

Now the government is in a bind. Under German law, a copyright expires 70 years after the death of the author, meaning that after 2015 anyone can print a copy of Mein Kampf.

In response, the government announced last year that it would work with a group of historians at Munich's Institute of Contemporary History and publish an annotated version to coincide with the expiration of the copyright.

The new version would have extensive critical commentary to offset Hitler's theories and the plan initially won wide support, including the backing of the Central Council of Jews in Germany.

But last week the government abruptly cancelled the project, citing complaints from some Holocaust survivors. It also announced plans to try to stop any attempt to publish the book after the copyright expires.

The decision stunned the institute and set up a showdown with the historians who vowed to press ahead. "We will certainly continue with that project," said the institute's director Andreas Wirsching, who added that funding will be found elsewhere. "I think we need a sort of reference, scientific reference, of this text which is a very important historical source. We need a sort of reference which attracts attention and which doesn't allow others to publish less serious work."

The institute's position is shared by Doris Bergen, a professor of Holocaust studies at the University of Toronto, who says the mythology around Mein Kampf needs to be addressed. But she also understands why many liberal democracies have had difficulty making it widely available.

"Hitler has really become for so many people the symbol of evil, of humanity's destructive behaviour, of genocide, of the murder of the Jews," she said. "Hitler is the symbol, the embodiment of all that and Mein Kampf is the text that reflects or captures the notion of Hitler as the source of evil. So it makes sense that that touches a nerve."

There is also "a mythology around it," she added, "Like no one could resist it, it's so compelling. Well, the fact is people could and can resist it but I think it has become a symbol of this terrible evil, this hatred, this ideology that drove people to do such horrific things."

Prof. Bergen hails the work of the institute and believes an annotated version will help people to better read and understand the book. "There's all kinds of terrible stuff out there in the world and it's important that people be aware of it, read it, study it, and know how to analyze it …You can't let extremists drive the decisions that you make. I think you've got to let your principles drive the decision."

Not so, says Clemens Heni, director of the Berlin International Center for the Study of Antisemitism. He backs the Bavarian government's decision to scrap the project and stop publication of the book. "Mein Kampf is a very dangerous book," he said. "Anti-Semitism is again on the rise in Germany and we don't need this book to be printed."

Mr. Heni added that scholars who want to read Mein Kampf can already do it in an academic setting. And he pointed to strong sales of the book in Turkey, the Middle East and Malaysia as a worrying trend. "Germany has no free speech and for good reason. We know in Germany and Austria where free speech can lead to: National Socialism."

Moshe Kantor, president of the European Jewish Congress, is also worried that furthering the availability of Mein Kampf will fuel extremism. "The political environment in Europe today, with the rise of neo-Nazi and racist parties, is trying to create a new wave of hate and violence by mimicking the genocidal movements of the past. Mein Kampf plays a primary role in this regression and therefore we must prevent this from happening," he said in an e-mail. "As we have learned in the past, democracy needs to protect itself. Publishing this book is again a threat to democracy and a boost to Nazism, hate and racism."

Whether the historians' book ever hits the shelves is unclear. Both the institute and the Bavarian government believe the public is on their side and the debate shows no sign of slowing down.

Some like Isabell Zacharias, a Socialist member of the Bavarian legislature, are convinced the state has a responsibility to not only publish the annotated version but teach it in schools as well. "The book must be discussed in schools and universities with a clear message," she said in an e-mail. "No more war from the German territory and no fascism."

The Book Thief: A child’s-eye view of Nazi Germany
November 8, 2013 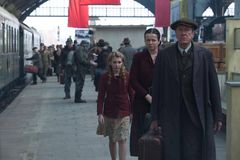 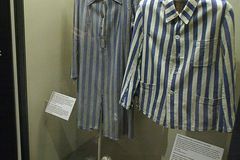 Nazi hunter: Exploring the power of secrecy and silence
November 7, 2013 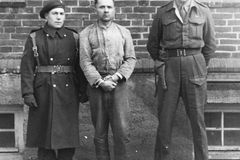