Michael Ignatieff, the former Liberal leader who is now rector of Central European University in Budapest, is denouncing legislation introduced by the Hungarian government that he says targets his institution, and rallying international support, including from Global Affairs Minister Chrystia Freeland.

The legislation "is a piece of vandalism, and we believe it must be stopped, not just for our sake, but for the sake of Hungarian and European academic freedom," Mr. Ignatieff said in an interview Wednesday.

The school argues that the legislation introduced on Tuesday has the aim of forcing it to close its doors. Under the law, if foreign universities want to offer degrees in Hungary, they must have a campus in their home countries. CEU, which is accredited in the United States and Hungary, is the only one among 28-foreign based universities not to already have such a campus.

"We can't even begin to talk to the government unless the bill is withdrawn," Mr. Ignatieff said.

CEU was founded in the optimistic early years after the collapse of communism, as a place to study and nurture the democratization of Eastern Europe. Philanthropist George Soros has provided much of the funding for the private institution, training tens of thousands of students in the region to carry forward the ideals of an open society, free speech and civil rights.

But the 26-year-old university is now embroiled in the battle between the anti-immigration, right-wing government of Prime Minister Viktor Orban and Mr. Soros. Mr. Orban has repeatedly questioned the financial support that Mr. Soros's Open Society Foundations provides to Hungarian civil liberties and rights groups.

The threat to the university shows that the transition to democracy is fragile and reversible, Mr. Ignatieff said.

CEU is a private institution with about 1,500 students and trains only master's and PhD candidates. Although the vast majority of its students are from the region, hundreds of Canadians have also attended alongside a diverse student body drawn from more than 100 countries.

Anticipating the bill, the school has been appealing to European governments, as well as to Canada's Global Affairs department. Ms. Freeland raised Mr. Ignatieff's concerns with Hungary's Foreign Minister last week during an unrelated meeting in Washington, sources said.

On Wednesday, Canada's ambassador to Hungary attended a morning press conference held by the school and broadcast online.

She attended "as a sign of support for this renowned institution and for the good work of Michael Ignatieff‎ as CEU President and Rector," Isabelle Poupart said in an e-mail.

It is not clear how much leverage the Canadian government has to influence the situation, said Stephen Toope, the director of the Munk School of Global Affairs at the University of Toronto. A better option would be to appeal to Germany, a key investor in Hungary.

"If Canada wanted to do anything here, the best thing to do might be to quietly talk with the Germans and see if we can encourage them to play an active role," said Dr. Toope, who is set to become head of Cambridge University in October, 2017.

"I don't think the Hungarian government will be particularly moved, but there are moments when one needs to stand up and be counted," he said.

Earlier Wednesday, Hungarian Education Secretary Laszlo Palkovics said the government supported CEU's work, does not want CEU to leave Hungary and would back a bilateral agreement between Hungary and the United States that the Central European University would need to continue its activities.

"This is not an anti-CEU investigation and not against Mr. Soros," Mr. Palkovics told reporters.

About two dozen Canadian students are currently studying at CEU and visiting Canadian professors are in residence as well. Hungary's legislation would make it harder for the school to draw on international faculty by forcing it to seek work permits for any non-EU staff.

Mr. Ignatieff took over the top job in October, 2016, the latest step in a career has seen him teach at Harvard University, author 14 books and lose the 2011 federal election when he was Liberal leader.

Canadian students currently enrolled at the school said they were confident they would finish their degrees, but were concerned about the longer-term future.

"What would a degree from a defunct university even mean in terms of job placement, or furthering my education?" said Vancouverite Aaron Tolkamp, who is enrolled in a two-year MA in the department of nationalism studies.

A strong academic reputation and full funding for his program made the degree possible, Mr. Tolkamp said. The school is incredibly diverse, he added.

"I constantly hear perspectives of colleagues who are extrapolating from contexts of which I have little to no knowledge," he said.

Mr. Ignatieff said he would be meeting with Hungary's Education Secretary on Wednesday evening. 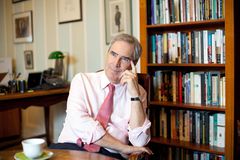 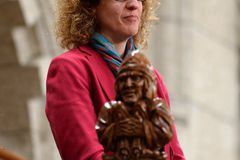 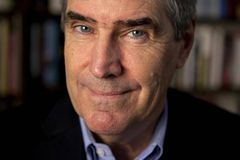