The great displacement: Middle East now has more migrants than Spain has people

Syria, Iraq and other countries are embroiled in deadly conflict. Economic upheaval has sent millions searching for better lives abroad. A Pew Research Center report paints a dramatic picture of how the exodus is reshaping the region. Eric Reguly looks behind the numbers

The seemingly endless wars in the Middle East have swamped the region with displaced migrants, propelling their number to an astounding 23 million by last year, according to a report published today by the Pew Research Center.

Including economic migrants, the total migrant population in the 16 Middle East countries in 2015 reached 54 million – greater than the population of Spain. In 2005, the number of migrants of all descriptions was put at 25 million.

While millions of migrants are drawn to the wealthiest and most peaceful Middle East countries for economic reasons, the report's authors said "the majority of the migration surge, especially after 2011, was the consequence of armed conflict and the forced displacement of millions of people from their homes, many of whom have left their countries of birth."

The number of forcibly displaced migrants is bound to rise this year as wars continue to rage in Syria, Iraq and Yemen. While Pew did not make forecasts for 2016, the United Nations Office for the Co-ordination of Humanitarian Affairs (OCHA) said that as many as 1.5 million people may be affected by the battle for control of Mosul, in northern Iraq. 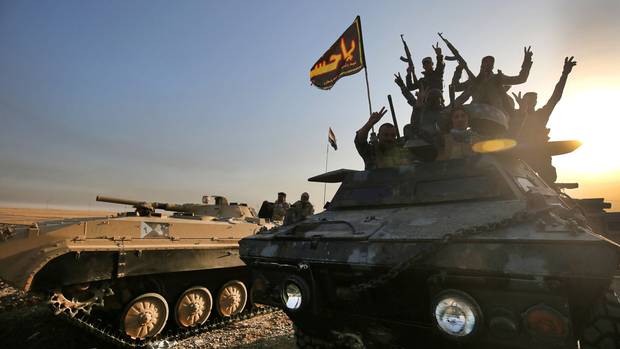 Why does this city matter so much in the war against Islamic State? Read our primer

The battle, led by Iraqi forces and its allies, including Kurdish peshmerga fighters, began on Sunday. Their goal is to liberate Mosul, Iraq's second largest city, from Islamic State control. OCHA said the battle is expected to displace 200,000 people in the first few weeks alone. "In a worst-case scenario, the humanitarian operation in Mosul is likely to be the single largest and most complex in the world in 2016," OCHA said.

The UN and emergency medical services are pouring thousands of tonnes of relief material into the Mosul area to help fleeing families. Some 60,000 tents, 758,000 hygiene kits and 220,000 ration meals are ready for distribution, according to OCHA.

The Pew report, which analyzed data from several UN agencies, said the number of people seeking safe havens or simply new livelihoods has transformed the Middle East into the region with the world's fastest growing international migrant and forcibly displaced populations, far exceeding Africa or Latin America. Within the Middle East, the migrant share of the population reached 13 per cent in 2015, a near doubling since the 7 per cent in 2005.

Displaced people accounted for 60 per cent of the growth in the migrant population over the decade; the rest came from economic migrants seeking employment in the oil-rich and high-growth countries such as United Arab Emirates, where migrants make up 88 per cent of the population, Qatar (75 per cent) and Kuwait (74 per cent). Saudi Arabia alone is home to 10.2 million non-displaced international migrants.

The Pew research determined that 23 million displaced migrants in the Middle East were equivalent to four-in-10 of the world's displaced population. Almost two-thirds of the displaced migrants remained in their own countries after being forced out of their homes. The others fled to neighbouring countries.

Syria, Iraq, Jordan, Yemen, Turkey and Lebanon are the centres of the displaced migrants' misery. Syria alone has 7.1 million displaced migrants, of whom six million were born in Syria. Almost all of them were victims of the civil war, which is now entering its sixth year.

Migrants and the Mafia 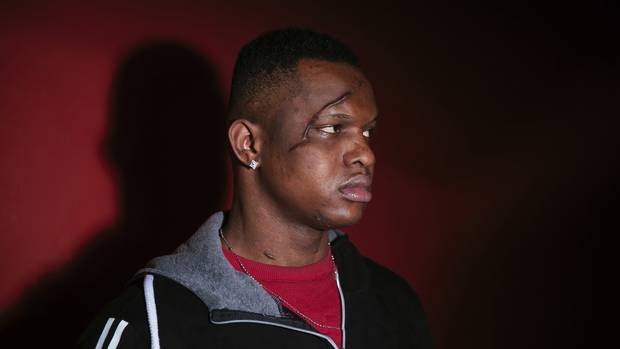 Eric Reguly explores how the Cosa Nostra and Nigerian gangs are reshaping the drug and sex trades in Sicily, one of African refugees’ biggest gateways into Europe.

A separate report published Tuesday by the UN's International Organization for Migration determined that more than 70 per cent of migrants travelling through North Africa to Europe become the victims of human trafficking and other forms of exploitation along their journey. In some cases, the abuses included forcing migrants to give blood or organs against their will as payment for their journeys.

Other migrants said they were the victims of forced detentions or kidnappings as part of ransom attempts, forced to work against their will or not paid for their work. The majority of the abuses took place in Libya, the IOM said.

The IOM based its findings on 9,000 survey responses from migrants who had crossed the central and eastern Mediterranean into Europe in the last 10 months. Clea Kahn, humanitarian advocacy manager of the British Red Cross said the IOM survey shows "that the migration crisis is clearly being used by human trafficking networks to target and brutally exploit the most vulnerable."