Just moments after hearing that his brother had been arrested, Bashe Abdi Godane saw the convoy of police cars descending on his mother's home.

Seven vehicles roared down the dusty street in the noonday sun. Dozens of masked gun-wielding police commandos leaped out of the cars, blocked off the area and scaled the cracked walls to ransack the frail woman's modest brick home.

Their target was her son, Ahmed Abdi Godane, the shadowy and reclusive leader of Somalia's biggest terrorist group, al-Shabaab. But after the police arrested two of his brothers and seized a batch of wedding videos from the house where Mr. Godane was born and raised, officials admitted they had found no evidence that the terrorist leader was in touch with his family here.

Across Somalia, the noose is tightening on al-Shabaab. The radical Islamic militia, which once controlled almost all of Mogadishu and southern Somalia, is on the defensive these days as it steadily loses ground to Western-backed forces.

Even here, in the breakaway region of Somaliland in the northwestern corner of the country, authorities are imprisoning some of the militia leader's family members without charges or trial.

The police raid, launched within days of a U.S. demand for action in Somaliland, showed how an anti-terrorism campaign can have an unintended spillover in neighbouring regions, far from the main suspects. Eager to prove their anti-terrorist credentials and to curry favour with Western powers, Somaliland's leaders were susceptible to dubious requests for a heavy-handed crackdown on family members who were apparently unconnected to the al-Shabaab leader.

Mr. Godane, educated at an Islamic school in Pakistan, was one of the founders of al-Shabaab, and he led the militia into a crucial alliance with al-Qaeda in 2008 when he pledged allegiance to Osama bin Laden. He is said to be uncharismatic, releasing his statements in audio messages posted on jihadi websites. Rejecting the nationalist wing of the militia, he has vowed to keep pursuing jihad until the entire Horn of Africa is under an Islamic government.

Al-Shabaab's decline over the past two years is linked to the growing size and muscle of the Western-financed military offensive against it. Under relentless attack from invading Kenyan troops in southern Somalia and an African military coalition in Mogadishu, the extremist militia has lost huge swaths of territory in the south and centre of the country. It has been pushed back from the Kenyan border and out of the key cities of Mogadishu and Kismayu, forcing it to switch to hit-and-run guerrilla tactics.

At the same time, al-Shabaab's leadership is reportedly plagued by bitter rifts over tactics and ideology. The United States has placed a $7-million bounty on Mr. Godane's head, along with smaller bounties for other leaders of the group. And now even his family is not safe from pressure.

The raid was conducted in early May, just days after a meeting in Washington between the Somaliland president, Ahmed Silanyo, and a senior U.S. State Department official, Wendy Sherman, the Undersecretary for Political Affairs. According to a U.S. statement after the April 25 meeting, the two officials discussed "the need to combat al-Shabaab" among other issues.

But despite the U.S. demands, the police were unable to prove any contacts between Mr. Godane and his family in Hargeisa, according to Hirsi Ali Haji Hassan, the Somaliland minister of presidential affairs.

"We were suspicious, but we didn't find evidence," he said in an interview. "You have to check everything. We are still investigating."

As part of the crackdown on the family, two brothers of the terrorist leader have been detained for weeks or months without being charged with any offence. One brother, Ali, was arrested in Hargeisa the day of the police raid. Another brother, Mukhtar, was arrested four months ago and remains in custody in a Hargeisa prison, according to Bashe Abdi Godane, a third brother.

Bashe, a 54-year-old unemployed labourer, said his elderly mother was so frightened and traumatized by the police raid that it left her unable to talk.

Mr. Hassan acknowledged that no charges have been laid against any family members. They can be kept in custody for 90 days without charges, he said.

The family has not seen Ahmed Godane since the 1990s, and it does not share his extremist views, Bashe said. If the authorities want to capture him, they could easily find him with Western surveillance technology, he said.

"I don't know where he is, but even the White House knows where he is," Bashe said in an interview.

He says he can't get a job in Somaliland because employers refuse to hire him when they discover he has the same surname as the leader of al-Shabaab. He's been unemployed since returning from construction jobs in the Middle East in 2007.

"I'm frustrated," he says. "Everywhere I go, when people hear my name, they get excited about it. They've closed every job to us."

Khader Aden Hussein, a member of the Somaliland parliament, says the police raid on the Godane family will spark a backlash. "It was badly handled," he said. "I don't think anyone is happy about it. Just because you are someone's brother, you don't put him in jail." 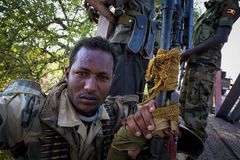 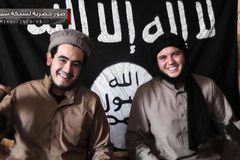