Drugs and money may offer the best hope of luring voters to the polls in some states for November's elections.

Openly bribing voters remains illegal but offering sweeteners in the form of popular propositions that appeal especially to the poor, African-Americans and the young – all traditionally Democrat-leaning blocs with worse-than-average turnouts rates – could be the best hope this year for the party of U.S. President Barack Obama.

Propositions – ballot initiatives ranging from defining a fetus as a person to banning baited traps to kill bears or creating new casinos to fund schools – are variously regarded as anything from direct citizen democracy to another way for powerful interest groups to manipulate the process.

In several key races, Democrats hope the promise of higher minimum wages and legalized marijuana – and sometimes both – will bring droves of additional voters from key Democrat constituencies to the polls. And once there, so the political theory goes, they are more likely to vote for the rest of the Democratic ticket.

This fall, there's no presidential race and Republicans seem certain to retain their majority in the House of Representatives. But the Senate – currently held by the Democrats – is very much in play. Democrats are fighting desperately to protect a slim, six-seat majority in the Senate. History is against them. The President's party usually loses ground in Congress during the midterms when a president has been in office for six years, and especially when his approval ratings are poor as Mr. Obama's.

So turnout is critical, especially in midterms when participation rates usually drop to just more than 40 per cent of eligible voters. That's one-third less than the 60-per-cent turnout typically reached in U.S. election years when the presidency is at stake. And it's especially important for the Democratic Party because minorities, the poor and the young are all less likely to vote in midterms than older, richer voters.

This fall, more than 140 propositions will be added to ballots in at least 40 states. Some are quirky and local, such as whether Mississippi citizens should have the right to hunt and fish enshrined in the state constitution. Others are complex and contentious, such as a massive battle pitting trial lawyers against doctors in California over limiting malpractice settlements.

Big money plays a major role. More than $1-billion (U.S.) is expected to be poured into campaigns battling propositions this year, more than 10 times the spending levels at the end of the 1990s.

It not just Democrats who use targeted propositions to energize the party base. Republicans do it too, on issues ranging from same-sex marriage to gun owners' rights. Some propositions are thinly disguised efforts to get out the vote.

In Alaska, legalizing marijuana is also on the ballot, a measure that may allow Mr. Begich to reap some votes even as he avoids taking a position on it.

Millions are being spent on both sides of the proposition. Polls show the plan to legalize the drug will probably win a majority of the vote but perhaps not enough to clear the 60-per-cent hurdle required for a proposition to become law in Florida.

That may not matter if the real battle is over voter turnout that benefits Charlie Crist, the Democrat challenging Republican Governor Rick Scott.

Susan McManus, a professor of political science at the University of South Florida, told National Public Radio last month: "From the beginning, it was seen by some as a way to boost the possibilities of a Democrat winning the gubernatorial election."

Getting those young voters out again in an election without the energizing impact of Mr. Obama on the ballot is crucial for Democrat fortunes.

Florida's proposition, supposedly limited to legalizing marijuana for medicinal purposes, has infused the election with broad calls to support or oppose it, mostly along partisan lines.

"At a time when the African American community is disproportionately impacted by debilitating diseases and conditions such as certain cancers, HIV/AIDS, glaucoma, diabetes and sickle-cell anemia, it is vital to ensure that all health-care options are on the table," said Adora Obi Nweze, a board member of the National Association for the Advancement of Colored People.

Meanwhile, former Florida governor Jeb Bush, considered a possible Republican presidential candidate in 2016, said: "Allowing large-scale, marijuana operations to take root across Florida, under the guise of using it for medicinal purposes" threatens to wreck the Sunshine State's reputation as "a family-friendly destination for tourism and a desirable place to raise a family or retire."

Propositions are often seen as means to other political ends. In Mr. Obama's home state of Illinois, several propositions, including ones to raise the minimum wage and to slap millionaires with a special tax to pay for public education, seem pitched to woo traditional Democrat constituencies.

"Let me interpret this for you," Kyle McCarter, a Republican state senator told the Belleville News-Democrat, an Illinois newspaper, last spring. "The Dems are loading the ballot with referendums that mean nothing, just so they can get their traditional supporters out to the polls to vote for them."

As U.S. midterms approach, not much good news for Obama Subscriber content
May 12, 2018

In U.S. midterm drama, unlikely candidates are tossing the script Subscriber content
May 12, 2018 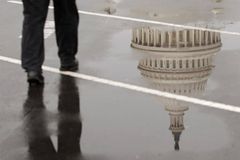 Why Obama can’t afford to lose the midterms Subscriber content
May 11, 2018 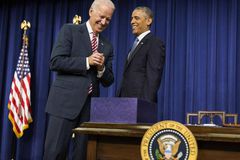