A metal sculpture of a bare-limbed tree, straight from a Canadian November skyline, twists up the wall and across the ceiling of the hottest new restaurant in Delhi. The tables are made of rough-edged slabs of polished tree trunk. And the signature dish on the otherwise-elegant brasserie menu is poutine.

Thus a patron should not be surprised when the chef emerges, perspiring, beaming, from the tiny kitchen and asks, in an unmistakably Canadian accent: "What did you eat? How was it?"

This is Chez Nini, a tiny French restaurant that is the talk of India's capital. It is owned by its chef, Nira (Nini) Singh, born and raised in Montreal. Chez Nini is tucked into a rapidly gentrifying market in the heart of the city; in the way of these things in Delhi, the restaurant's big picture windows look out over gamboling children from the adjacent slum. The brasserie has been open two months, and has garnered rave reviews on every food blog and half the magazines in town. Its nine tables are booked up most every night.

Delhi is a tough town for foodies: bureaucracy strangles the ambitions of chefs who want to open a restaurant anywhere outside a five-star hotel.

When high-end diners want foreign food, tastes run to Chinese, Thai, Japanese or Italian. French food is viewed as too fussy, too fancy and insufficiently filling.

Ms. Singh, however, believes her coq au vin will win them over.

Indian restaurant patrons are increasingly well-travelled, she says, and accepting of unfamiliar flavours. "Of course the criticism can be harsh sometimes because it's unfamiliar. You have to be fair – this is completely new here," she adds, with a characteristic burst of enthusiastic earnestness. "I'm sure when people started having Indian food in Montreal they were like, 'Ooh, what is this, it's stinky, it's this, it's that' – relative to that, I think people are really open-minded."

Ms. Singh has eyes the size of plums, with a vast fringe of lashes; her miles-long neck is offset by earrings that dangle to her shoulders. It is not a surprise when she says in passing that, among other pursuits, she did some modelling for Vogue magazine's Indian edition when she first came to the country.

At Chez Nini, she is determined to use locally sourced ingredients, feature only organic vegetables and make her own artisanal bread – concepts that are fairly standard in high-end Canadian restaurants at the moment but virtually unheard of here, where the larger the carbon footprint a dish has – Alaskan crab! California avocados! – the more expensive and thus more desirable it is seen to be.

Ms. Singh, 31, was a physics geek in school in Montreal, became a software engineer and embarked on a career in warehouse logistics analysis. While she wrote code all day, she dreamed about food. Yet, she says, she didn't know any chefs, and the ones she read about were white men. In the standard narrative, the smart daughters of Indian immigrants become engineers, not chefs. And so cooking remained her private obsession.

Then one day she suffered a bad fall at work and was left immobile for almost a year. She says that prompted an "existential crisis" about exploring her creative side, and when she was walking again she headed straight to the Institut de tourism et d'hôtellerie du Quebec to become a chef.

French cooking – especially the complex techniques of meats cooked sous-vide – captured her imagination (although she is a vegetarian). She was bound for an internship in France when an instructor remarked on the fact that although she has Indian heritage, she knew nothing of Indian food or culture. So she sublet her apartment, parked her new car and headed for a few months in India.

That was six years ago – she never went home. India, she says, spoke to her newly awakened creative side. She did odds and ends of jobs, such as working in an art gallery, and fell in love with and married a Delhi boy. They married, and family – the guinea pigs for 367 trial versions of her carrot cake – has backed her in the quest to open Chez Nini.

Ms. Singh insists she loves everything about being in India, although her determinedly polite words are often spit between clenched teeth as she makes her 26th phone call of the day to the repairman about the fridge that won't work, to the bureaucrat who won't issue the latest licence she needs, or to the supplier who promised six times he'd be there by 9 a.m. but hasn't shown up by noon.

Yet for all that, she has had a somewhat charmed experience opening Chez Nini, in that she has the backing of one of India's most powerful families: her husband Veer Singh's family owns the country's largest private hospital concern and a vast insurance corporation. "They have a lot of resources," is Ms. Singh's delicate understatement.

She takes great pride in having done "everything" herself (she designed all the contents of the restaurant right down to the tiny ceramic pitchers the salad dressing is served in) but she is charmingly or willfully naïve about how having the weight of the Singh family behind her has smoothed her path in what would otherwise have been a torturous process. While India's economy has opened up dramatically in the past 20 years, the layers of red tape involved in opening a new restaurant are the primary reason why this city of 20-million people has so few free-standing bistros and boites that you can count them on two hands.

Food critic Nilanjana Roy, who has dined at Chez Nini several times, calls it "streets ahead" of most of the other trendy spots around town. The restaurant is too noisy, and the service is sweet but erratic, she said. But she called the food "contemporary and innovative, full of clever touches" such as light lentils to balance heavy meat dishes and carrot curls that bury the coq au vin. And the desserts are "phenomenal."

"It's someone cooking with love," Ms. Roy said. "It reminds me of being in Toronto or Montreal." The best part, she says, is that Ms. Singh tries to check personally on each patron, the kind of intimate service that is all but unknown here.

Ms. Singh is aware of the novelty. "I guess here a woman from a certain background wouldn't be cooking or serving – and when I'm serving there's this attitude of – 'Oh! You're here!'"

Unabashedly obsessed with her creation, she is in the restaurant seven days a week, from six in the morning until late at night, weary but thrilled. A compulsive giver of hospitality, she presses croquettes, cupcakes and of course poutine on anyone she gets in her clutches; many patrons leave staggering, in a dazed, happy sort of way.

That poutine is featured in every review, as Indians muse about the quest to balance French fry crispness with gravy sogginess, and why one would put cheese on top. "Eat like a Quebecois!" enthused the review in Outlook, a leading weekly. Weird but good, is the conclusion of most reviewers. It's on the menu because Ms. Singh is a self-described "poutine freak."

It's a little bit of home she's brought with her, like the memories that inspired the giant metal tree. But her roots are planted firmly in India now. "Canada is so sterile and controlled and regulated – in India there's everything coming at you a million miles an hour all the time and it makes me feel so alive," she said. "This is a land of opportunity, so much is happening here right now. There's a shift happening and I want to be part of it."

Why there's an alarming rash of suicides among Dalit students
July 7, 2012 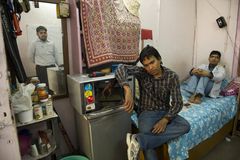 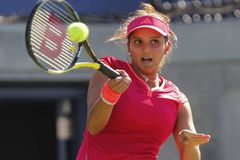 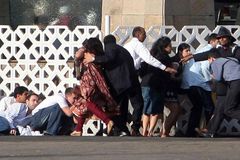 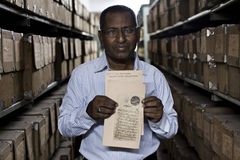 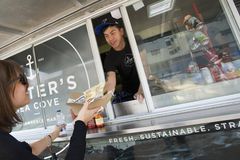