Eduardo de Jesus Ferreira, at 10, still began every day by snuggling his mom, and he ran to embrace her again when he got home from school. He got good marks, wanted to be a firefighter and vowed that one day, when he was rich, he would buy the family a big house somewhere far away from the Rio favela where he was growing up.

On April 2 a year ago, on an utterly normal evening, he wandered out to sit on the front step of the family home in Complexo de Alemao and started to play a game on a battered white cellphone.

His mother, Terezinha de Jesus, sitting a few feet away watching television, heard him start to say, "Mom," but he never finished the word. There was a blasting sound and smoke in the air, and she ran to the door to find her boy, in baggy blue shorts, sprawled on the ground against a wall. "Part of his skull was in my living room," she says, her face set, her voice fierce. "His brains were all up the wall."

A line of police officers – eight or 10, she thinks – were standing in the alley. And she raced at them, slapped the first one, screamed that he had killed her son. He shoved her off with these words: "I killed him, and I can kill you just the same way."

Ms. de Jesus had every reason to believe the threat. She had lived in the favela for 14 years, and she knew the way these police worked. But she did not go into hiding and did not, as the police advised her, shut her mouth.

Instead, she became a forceful, persistent advocate for justice in Eduardo's death, and she joined a small band of women who have taken on the police, the state, the media and their own communities, demanding an end to summary executions by police and to impunity for their crimes.

"They are warriors," says Daniel Loyoza, a lawyer in the human rights defence department of the state government who has acted for the de Jesus family and other victims. "When there are deaths involved, it's a rule: The mothers come looking for justice, compensation, demanding deep and thorough investigation and punishment for the lawbreakers."

Public prosecutors succeed in making cases against the police only when the family has persuaded frightened community members to come forward to testify. "They are the ones who do the investigation themselves, going after information, going after witnesses," Mr. Loyoza says.

One police officer has been charged with killing Eduardo, but he is free on bail awaiting a trial that could take years.

While the rule of law is a major preoccupation in Brazilian society as a whole, the small band of mothers have emerged as the primary advocates against police impunity. Despite overwhelming evidence that police routinely carry out extrajudicial killings of young black men in Brazil, public opinion in this crime-weary society almost always sympathizes with law enforcement – Facebook posters congratulated police on "eliminating a pest" when Eduardo was shot, for example.

The standard police assertion is that the victim was a criminal who was attacking them and they shot in self-defence. Although this narrative has been repeatedly disproved, it nevertheless suffices to prevent further investigation of the crime in almost every case, says Renata Neder, human-rights adviser with Amnesty International Brazil, and causes the family to be viewed with suspicion and an almost total absence of empathy.

She noted that even in cases in which the victim was involved with criminal activity, it in no way entitles police to carry out summary executions. However, that argument is lost in the public debate here.

"We have documented many instances where the boy was accused of being a criminal and police said the killing was in self-defence, and that would be considered true – if the mothers did not come forward with the support of the community," Ms. Neder says.

The need to preserve the truth about the killings becomes a second burden on grieving families.

"The mothers don't have time to mourn for their sons, to cry for their loss – they are denied this, because they immediately have to start to fight for their sons," says Ana Paula Oliveira, whose son Jonatan, 19, was shot in the back by police in May, 2014, near their home in the favela of Manguinhos, close to Rio's international airport.

The police officer who is charged with shooting Ms. Oliveira's son is also accused of three other, unrelated killings. He continues to work while awaiting trial.

In 2008, with an eye on the 2015 World Cup and the Olympic Games this year, the state of Rio de Janeiro launched a program it called "pacification" to drive out drug lords and organized crime from the favelas and reclaim the territory, ushering in a new era of community policing.

The effort was ambitious and innovative and, in its first few years, seemed as if it might succeed. But little was done to retrain police, who were used to an antagonistic relationship with favela residents, in techniques of community policing.

And now, with only about half of favela residents living in pacified areas, there is widespread dissatisfaction. Residents of "pacified" favelas report regular exchanges of gunfire, between groups of drug traffickers and between them and police. Deaths from stray bullets rose sharply last year; so did reported robberies and assaults. (Murder, however, is down.)

The problem extends far beyond Rio. Police in Brazil killed the same number of people from 2009 to 2013 as police in the United States did in the entire 30 years up to 2012. As Amnesty has documented extensively, the victims are overwhelmingly young, black men.

The night Eduardo was shot, Ms. de Jesus was near-demented with grief, but she knew she had to keep control of the situation: She refused to let the police seal the crime scene or remove Eduardo's body. "They immediately tried to incriminate my son … because that's what they do when they kill innocent people. They incriminate them, by putting a gun in their hand, along with drugs. So they can say they killed in legitimate defence. … And I didn't let them."

Nevertheless, police did try to claim self-defence in the killing of Eduardo, saying they thought that the cellphone in his hand was a gun. "And I asked, 'Legitimate defence of what?' My son was a child, my son wasn't armed, my son wasn't a criminal. What was the risk my son posed to them?"

Police then claimed there was an exchange of gunfire going on at the time – something multiple witnesses refuted; then that officers had shot by accident after being startled.

Ms. de Jesus's persistence forced an investigation, and a police officer from the pacification unit was charged with having fired the shot that killed her son.

The state gave the family a financial settlement, but Ms. de Jesus says that changes nothing.

(Her former husband took the settlement money and moved away. Mr. Loyoza and Ms. Neder say that in almost every case, it is women – mothers, widows, daughters – who take on these fights, who put themselves forward in opposition to the state.)

A sustained campaign by the family of Amarildo de Souza, a bricklayer and father of six who disappeared at the hands of police in a favela called Rocinha in July, 2013, led to 13 officers being convicted of his torture and murder on Feb. 1.

"The state was trying to say we were wrong, denying evidence, denying it ever happened," says his niece, Michelle Lacerda, who led that fight.

As the family demanded that the police – that new, community-oriented force – be investigated, the police retaliated with such a terrifying campaign of intimidation that 22 members of the extended family wound up living in an apartment that once housed five, Ms. Lacerda says. "Now they are convicted, and their friends can't do anything any more, or they might lose their uniforms as well."

Because of fear of police retaliation, Ms. de Jesus felt that she had to move out of her favela, and so, she says, she lost her community as well as her youngest child.

Ms. de Jesus is visibly haunted by her son's death, but she is also sustained by her campaign to see his alleged killer jailed. "If he gets 20 or 30 years in prison, it won't bring my son back, but it will warm my heart up a little bit," she says. "I need to fight, because I promised my son that I would fight for justice until the end. And I'm not going to go back on that promise. I will go until the end. Whatever lies ahead." 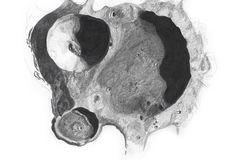 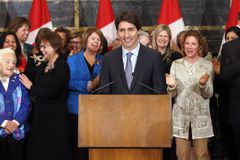