Myanmar's military has blocked an attempt at constitutional changes that would have reduced the army's power and opened the way for democracy icon Aung San Suu Kyi to assume the country's presidency.

In a Thursday vote in Naypyidaw, the capital, armed forces representatives voted down a bill that would have lowered the threshold for amendments to the national Constitution. Under current rules, the constitution can only be changed with 75 per cent parliamentary support, giving the military – which holds 25 per cent of the seats – an effective veto.

Those pushing for change in Myanmar – Ms. Suu Kyi key among them – have sought to amend the rules, seeing the military veto as a major obstacle to further reform.

But those in uniform quashed hopes they will let go of their considerable remaining power, which includes the ability to run the armed forces independently, and to name several key political ministers. Their vote raises new questions over whether and how Ms. Suu Kyi and her National League for Democracy party will contest an election planned for November.

Had the constitutional change passed, it would have marked a major step toward more civilian rule in a country ruled for decades by a military dictatorship. The uniforms inside Myanmar's legislature stand as among the most visible reminders that the country's nascent democracy is a partial one at best.

The military also voted down amendments to a law that bars Ms. Suu Kyi, 70, from becoming president by closing that office to candidates with immediate family members who are foreign. Ms. Suu Kyi's late husband was British, as are her two children.

But Myanmar's military has made clear it is unwilling to bend, with some of its representatives in recent days claiming the national interest was a stake.

To allow "mixed-blood citizens" to hold the presidency "would have bad impacts on the independence and sovereignty of the country," Brig-Gen Tin Soe said this week in a parliamentary debate on the proposed changes.

Many nonetheless "were hoping against hope" that the military might relent, said Tin Maung Maung Than, a senior research fellow at the Institute of Southeast Asian Studies in Singapore. Instead, many supporters of Ms. Suu Kyi will see the military's vote as a "huge disappointment, he said.

In opposing the change, those in uniform were seeking, in part, to protect the old guard from any prosecution for historical crimes that could result from a new government, he said.

"It shows the politics of fear from the military side – fear of the unknowns that can come, the unintended consequences."

The military, for its part, has said it is needed to maintain stability in a country that has seen six decades of civil war. Efforts to finalize a ceasefire have faltered, even after a draft agreement text was completed earlier this year.

It's unclear what Ms. Suu Kyi will do now. She has previously said boycotting the planned election remained an option, and in an April interview with The Globe and Mail refused to discuss any backup plan should she be barred from the presidency.

"I'm not going to talk about what we are going to do," she said then, saying such decisions would be left until the time comes. She has cast 2015 as critical for Myanmar, the year when the country will decide "whether the elections will push us over the line into democracy or push us back from democracy."

Still, members of her party have already questioned the legitimacy of an election that bars Ms. Suu Kyi from securing the highest office.

Without constitutional change, "the 2015 general election will in no way be free and fair," Naing Ngan Lin, who belongs to Ms. Suu Kyi's NLD party, said this week. 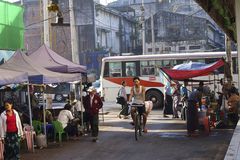 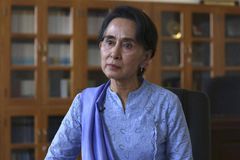