Nelson Mandela's staff and family were put under suspected surveillance by intelligence agents in the final years of his life as feuding factions used state resources to fight for control over him, a new book says.

South Africa's liberation hero and his entourage became the target of backroom intrigue and espionage as relatives and corrupt officials sought to control his medical care for their own interests, according to the book by his long-time assistant Zelda la Grange.

Ms. la Grange worked for Mr. Mandela for 19 years, becoming one of his closest confidantes and travel companions after he was elected as South Africa's first democratic president in 1994. She was pushed out of his inner circle in the final months before he died last December.

Her memoir, titled Good Morning, Mr. Mandela, reveals disturbing details of the battles to control his medical team, access to his hospital room, the revenue from his trust funds, and even his funeral.

Two unknown people mysteriously joined Mr. Mandela's medical team in 2012 as he became increasingly frail, and his doctors were unable to identify them, Ms. la Grange wrote. His wife, Graca Machel, and his household staff believed that the two individuals were state intelligence agents, the book says.

Ms. la Grange wrote to President Jacob Zuma to complain that the suspected spies were infringing on Mr. Mandela's "privacy and dignity." They eventually disappeared from the medical team – and then reappeared a few weeks later. "We could never figure out their mission," she wrote in the memoir.

"I was disgusted at how I understood state resources were being used, and there is little else that angered me as much," the memoir says. "Influences were at play that allowed people to abuse state resources for their own benefit. … This was a clear example of a corrupt government that allows this kind of interference."

Ms. la Grange said she suspected that her phones and those of Ms. Machel and others were being secretly tapped so that confidential discussions about Mr. Mandela could be monitored.

She does not identify exactly who would have spied on Mr. Mandela and his wife and staff, but other sections of her memoir accuse Mr. Mandela's eldest daughter, Makaziwe, and factions loyal to Mr. Zuma in the ruling African National Congress, of seeking to control Mr. Mandela in his final years of poor health.

She said his wife, Ms. Machel, was "emotionally brutalized" by his daughter, who mocked her frantic reaction when Mr. Mandela was stranded on a highway on the way to a Pretoria hospital because of an ambulance breakdown.

Ms. Machel was frozen out of key decisions about Mr. Mandela and even had to apply for accreditation to attend his memorial service because of the hostility of family members led by his daughter, the memoir says.

Ms. la Grange writes scathingly of the "poison" in the Mandela family and how some factions used Mr. Mandela's mute frailty in hospital as an opportunity to "step in and start controlling matters to their advantage."

As early as 2010, the former president's health was suffering because of interference by some Mandela family members who ignored his wife and took control of the medical decisions, Ms. la Grange said. His doctors were forced to "consider the internal family politics above the interest of the patient," she said. One medical specialist, brought in to examine Mr. Mandela in early 2011, expressed "shock" at the poor medical care, the book says. Some of the former president's doctors and nurses "seemed uninterested in his condition and discomfort."

The book also claims that Mr. Zuma's political loyalists controlled access to Mr. Mandela and treated him like a "caged animal" when they wanted a photo with him for political purposes, just a few months before his death.

Makaziwe Mandela, speaking to a South African newspaper, would not comment on the book's allegations but warned that Ms. la Grange could be sued if she cannot substantiate her comments. 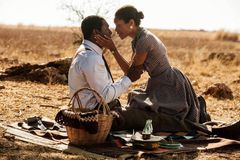 Will we ever have another leader like Mandela?
December 18, 2013 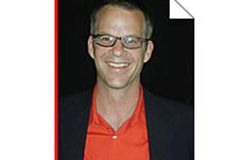