Sharmila Bhul was 15 when she died alone and isolated in an unventilated and windowless room measuring just 1x11/2 metres.

Like tens of thousands of girls and women across Nepal's mountainous western districts, Sharmila was practising chaupadi – a Hindu tradition in which menstruating women and girls are isolated because they are deemed unclean.

Girls grow up in fear of retribution if they fail to follow their monthly restrictions – animal attacks, crop failures and water shortages are commonly blamed on women not rigidly following chaupadi. They are forced to sleep in a goth – a mud-walled hut about twice the size of a standard doghouse – or in caves, cowsheds or outbuildings far from their homes. Similarly, after giving birth, women must remain isolated with their newborn for up to 10 days – until they are considered what their society calls "clean."

Some isolated efforts are being made to break the practice, most in response to young girls like Sharmila dying or being assaulted while they were obliged to practise chaupadi. In one village, Bhageshwar, for example, the local administrative area became what officials call a "chaupadi-free zone" in December. Yet the designation, which means that women in the area no longer sleep in a goth, is largely superficial.

Women have been practising chaupadi in Nepal for centuries. Commonly thought to have originated as a way to give women rest during their menstruation and a break from hard labour, today the isolation and restrictions remain even though women are required to work in the fields.

"Chaupadi is part of life," said Dwarika Rawal, 26, a community health worker in Bhageshwar who practised it as a young girl. "But now when I remember it, it makes me really angry because now I know that nothing will happen."

The chapaudi-free-zone effort has at least made the practice less onerous, according to Ms. Rawal. "Now in my district, girls sleep in a small room attached to the house, [they] can drink milk and everybody goes to school," she said. "The intensity has been reduced. It's a milder form now."

The Nepal Supreme Court banned chaupadi in 2005. But government regulation does not stretch to the country's western districts. Around 90 per cent of women in one district, Achham, continue the practice, according to community health workers at Bayalpata Hospital in Sanfebagar.

Women and girls, Achham residents and health workers say, have died from health problems due to isolation and exposure or from smoke inhalation. Women and their infants have died from snakebites and wild-animal attacks. Girls have been raped because men knew when they were menstruating and would be alone and isolated in a goth.

Chaupadi is interpreted differently by different families, depending on how strongly they hold traditional practices or degrees of community pressure and Hindu belief. Most commonly, women are restricted from entering or coming near the house for fear they will bring misfortune on the family. Drinking milk is not allowed out of a belief the cow will stop producing. Women are not allowed to enter temples during this time for fear of aggravating the gods and goddesses. The word chaupadi – chau meaning menstruation and padi meaning women – is even used as an insult, directed at both men and women, to imply they are dirty.

While practising chaupadi, many girls don't attend school – because they are restricted from interacting with men and boys, because there is a temple at the school or because they don't have sanitary pads and fear embarrassment – and end up missing up to a week of school every month.

But Sharmila was committed to never missing a day of school.

"She used to wake up around 4:30 and do household work, cleaning, cooking … then go to the field and cut grass for the cattle, make ready food and then go to school," recalled her father, Yagraj Bhul, as he held a picture of his daughter. His wife, Isara, said she had tried to hide the photo from her husband because every time he found it he would begin to cry.

Mr. Bhul said Sharmila slept isolated from her family in a designated room in the corner of an outbuilding and was not allowed to enter or come near the main house. "It is impure if the daughter sleeps in the house," he said. "The system will be disturbed and will ultimately affect the house and her future house."

Only on her third menstrual cycle, Sharmila had lit a small fire in the corner of the room to keep warm in the December cold and to continue reading in the dark. She died with her school books beside her.

No medical examination was performed. Sharmila's body was cremated the day she died. Her parents said they don't know how their daughter died.

For the Bhul family, which has five other daughters and a baby on the way, chaupadi is now a thing of the past. It only takes one look at Sharmila's picture to remind them.

"If she wasn't in the shed but in the house and had a health problem, we could have noticed and helped her and treated her," Mr. Bhul said. "But … no one was there to listen."

The day Sharmila died, hundreds of people from her school and neighbouring villages filled the dusty terraces around her home to pay their respects. It was the first time her parents heard people talking about stopping chaupadi. Many women, they said, went home and tore down their family's goth.

Nepal to call off search Thursday for climbers missing in avalanche
September 26, 2012 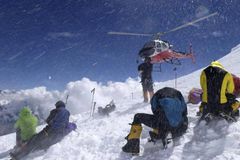 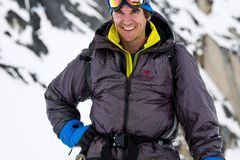