The international campaign to boycott Israel is gaining strength and already is affecting the Jewish state.

Israeli Prime Minister Benjamin Netanyahu has deemed the initiative a strategic threat and summoned his senior officials for an emergency meeting Wednesday to try to determine how to deal with it.

His Finance Minister, Yair Lapid, recently warned that Israel is particularly vulnerable to a boycott from the European Union, Israel's biggest trading partner.

If there is even a partial boycott, he told Israel's Institute for National Security Studies last week, Israel is likely to experience a drop of 20 per cent in exports to the EU, a reduction of $5.7-billion (U.S.) in annual earnings and a loss of 9,800 jobs.

Mr. Lapid added that should the EU just cancel its association agreement with Israel, that alone would cost Israel $1-billion in annual exports and 1,400 jobs.

Products such as Teva pharmaceuticals, Jaffa oranges, and Naot sandals would be among the most visible targets.

U.S. Secretary of State John Kerry, who is expected to present a proposed framework for a Palestinian-Israeli peace accord next month, pointedly mentioned boycotts and divestment at a security conference in Munich on the weekend. "For Israel there's an increasing de-legitimization campaign that has been building up," he said. "There [is] talk of boycotts and other kinds of things. Are we all going to be better with all of that?"

Some in Israel took his statement of fact as a kind of threat. Israel's Strategic Affairs Minister Yuval Steinitz, a close ally of Mr. Netanyahu, called Mr. Kerry's remarks "offensive, unfair and intolerable."

"Israel," he said, "cannot be expected to negotiate with a gun to its head."

Mr. Netanyahu has said that attempts to boycott Israel are "immoral and unjust," adding that "no pressure will cause me to concede the vital interests of the State of Israel, especially the security of Israel's citizens."

But Mr. Lapid, for one, said that Israelis must take the boycott movement seriously. "We should not fool ourselves – the world is listening to us less and less. We must recognize that if the negotiations fail, the world will believe that we are responsible, and there will be a price to pay."

In Europe the boycott of some Israeli products has begun, according to Mr. Lapid. At the individual level, he said, "there is nothing easier for the average European than to announce that he is boycotting goods from the settlements, or even from Israel, because in reality, he encounters very few such goods, and there are reasonable and cheaper alternatives for almost all of them."

Institutionally, there are already numerous examples of divestment. In December, the Netherlands' largest pension fund decided to withdraw all its investments from Israel's five largest banks because they have branches in the West Bank, or are involved in financing construction in the settlements.

In January, Norway's Ministry of Finance announced it would exclude two Israeli firms – Africa Israel Investments and Danya Cebus – from its vast government pension fund due to "serious violations of individual rights … through the construction of settlements in east Jerusalem."

Beginning this year, Israeli projects seeking EU funding also have to stipulate they operate solely within the country's pre-1967 borders, and not in east Jerusalem, the West Bank or Golan Heights.

Just the threat of a possible boycott has helped drive down the value of the Israeli shekel, said Rafi Gozlan, chief economist at Leader Capital Markets in Tel Aviv. And "if the boycott issue grows it could easily weaken the shekel," he warned.

Boycotts can also create political problems. "This approach can be counterproductive," said Michael Oren, a former Israeli ambassador to Washington. "Israel doesn't make concessions when it's threatened. The way to get Israel to make concessions is to make it feel secure."

The United States largely understands this, he said, even if Europe doesn't. As one of his last acts as ambassador, Mr. Oren wrote a letter to Politico magazine urging Congress to find a way to stop the academic boycott approved in December by the American Studies Association. He noted the successful precedent made in the 1970s when Congress and then-president Jimmy Carter broke the 30-year-old Arab embargo by making it illegal for U.S. companies to co-operate with any boycott of Israel and imposing stiff penalties on those that did. He's hoping for similar legislation today.

Avraham Burg disagreed. The former Knesset speaker and ex-head of the Jewish Agency complains that "official Israel, together with mobilized world Jewry, fights the scourge of sanctions by whining and screaming anti-Semitism … Yet in the very same breath these exact same people utilize any possible tool to advance and intensify the sanctions against Iran."

When it comes to the Palestinian cause, he said, of all the possible alternative forms of resistance, non-violent boycotts and divestment "are actually the most kosher." 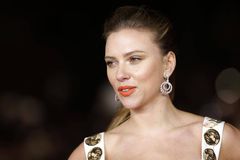