Repression continues to rise. After decades of retreat, authoritarian regimes are using social media and other sophisticated systems in a new era of repression to thwart democracy and trample human rights, according to Freedom House's latest annual report on global political rights and civil liberties.

For the eighth consecutive year, the state of freedom declined – more people in more places faced more repression, the report said. While systemic torture in war-torn Syria and the return of a military dictatorship in Egypt captured headlines, there was also widespread, insidious and 21st-century style surveillance elsewhere with abuse or imprisonment of political activists.

At the same time, the United States and other Western nations seem to have less interest to intervene to champion political rights and civil liberties.

"Without a reassertion of American leadership, we could find ourselves at some future date deploring lost opportunities instead of celebrating democratic gains," David Kramer, president of Freedom House, said as the 41st annual edition of Freedom in the World was released.

From a Cold War nadir in 1975, when more than half of the world's population lived in repressive authoritarian states until the end of the century, there was a steady expansion of democracy and freedom as the Soviet empire collapsed. But the last decade has seen a rebirth of repression. While authoritarian regimes have persisted in parts of Central Asia and Africa, the glimmers of hope that the Arab Spring would spread democracy across the Middle East have been dashed.

Egypt, one of the pillars of the Arab World, is "really moving backwards," said Vanessa Tucker, the director for analysis at Freedom House. "Egypt is back where it was under [former president Hosni] Mubarak, even as the military government would have us think that they are restoring civility," she said. "Over the last six months, [Egypt's military government] has responded with extreme brutality toward a peaceful protest movement. … This is backsliding, not just the growing pains of democracy."

In 2013, citizens in other regionally important nations, including Russia, Ukraine, Azerbaijan, Turkey, Venezuela and Indonesia, suffered serious setbacks in terms of freedoms and rights, the report said.

"I don't think the U.S., or the West in general, creates these rollbacks [in democracy and human rights] but it certainly allows them to happen and neglects what I would say is a duty to support democracy and those who are going in the right direction," Ms. Tucker said.

And other major world powers, including China and Russia, "show no hesitation in bullying their neighbours while increasing repression at home," said Mr. Kramer.

A few glimmers of democratic progress persisted. "Tunisia is a sign of hope," said Ms. Tucker.

Of the 55 nations designated by Freedom House as "not free," 12 were considered the worst of the worst with the lowest possible rating for both political rights and civil liberties. They included Saudi Arabia, the oil-rich monarchy that is a key Western ally, as well as the neo-Stalinist dynastic regime in impoverished North Korea. Among the others: Somalia, a failed state; Chinese-controlled Tibet; war-ravaged Syria; the Central Asian republics of Turkmenistan and Uzbekistan; and the African nations of the Central African Republic, Equatorial Guinea, Eritrea, Sudan and Western Sahara.

In the Americas, only Cuba ranked as "not free."

The report also detailed a disturbing new trend – that authoritarian regimes were growing more nuanced and sophisticated in their repression. "While freedom suffered from coups and civil wars during the year, an equally significant phenomenon was the reliance on more subtle, but ultimately more effective, techniques by those who practise what is known as modern authoritarianism. Such leaders devote full-time attention to the challenge of crippling the opposition without annihilating it, and flouting the rule of law while maintaining a plausible veneer of order, legitimacy and prosperity," the report said.

Tracking dissidents and democracy advocates by monitoring social media and cellphones was among the new tools of repression. "There's so much buzz about social media and other tools in activism … but the double-edged sword is it makes activists more vulnerable [to regime monitoring,]" Ms. Tucker said. 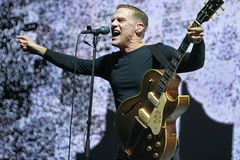 Vancouver councillor cleared for trip to Sochi to fight for gay rights
May 11, 2018 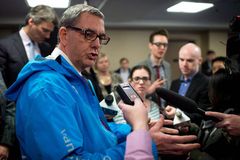