Police in Rio de Janeiro have made public a segment of a cellphone video which shows the teenage victim of a gang rape naked on a bed, weakly pleading "no, no" to her laughing attackers.

The video comes from the phone of one of two men who are in police custody in connection with the attack. In her original deposition to police, the victim reported that she believed she was attacked by more than 30 men. Police say they have "material proof" of assault by four, and are searching for at least four others.

The attack on the young woman, less than three months before Rio is to host the Olympic Games, shocked the city and set off a sharp national debate about rape culture and consent. The assault first became public after another video of the attack, and selfies taken by men with the woman's naked, unconscious body, began to circulate on social media, along with gloating, joking slogans.

In an interview with a Brazilian TV channel a few days after she first spoke to police, the girl described her sense of multiple violations. "They robbed me," she said. "They robbed me, not of any material property but of physical property."

The new video comes from the cellphone of Rai de Souza, 22, who was first detained days after the attack became public and told police he had destroyed his phone. He was released hours later, grinning for the television cameras as he walked out of jail. But Cristiana Bento, the lead investigator on the case, says police found the phone in the home of a friend of his in another part of the city, and it contained a video in which the victim clearly pleads with men not to rape her. And Mr. de Souza was arrested.

Ms. Bento also said the second video had allowed police to construct a partial timeline of events: that the young woman was raped at about 7 a.m. on May 21, and again at 7 p.m. on May 22, with possible other assaults in between or after. Ms. Bento said police are still working to identify how many men were involved and who they are. The new video shows the victim being sexually penetrated with objects.

Defenders of the young men accused in the case have argued that it was group sex, not rape – that the young woman had attended sexually charged dance parties in favelas called baile funk, had a boyfriend and, they allege, used recreational drugs and willingly consented to visit a house in the favela of Morro de Barão known as "the abbatoir" to have sex with several men. They also note that the young woman, who is 16, has a three-year-old child. (Ms. Bento, the investigator, has pointed out that this means she was previously a victim of rape, since the age of consent is 14.) Some members of the police force posted on social media that the girl was an implausible victim.

In angry demonstrations over the past 10 days, feminists and activists have attacked the idea of victim-blaming in sexual-assault cases.

"The gang-rape case in Rio is illustrative on many levels: Many people rushed to deny the rapes, blaming the victim, funk, feminism," said Lola Aronovich, a professor at Ceará Federal University and author of a feminist blog called Write, Lola, Write. "Are those who insulted her going to apologize now? Even with the new video proving the crime, these people will continue to deny. This is rape culture."

The criticism of the victim became so harsh, as more about her background was published here, that the tabloid newspaper Extra was driven to publish an open letter to readers responding to the online comments they were leaving on its coverage of the crime. It debunks, point by point, many of the beliefs about sexual consent that are widely held in this conservative culture. It has headings such as "she's no saint, she got what was coming to her" and "doesn't she have to pay for her association with traffickers?"

In addition to the two suspects in custody (Mr. de Souza and Raphael Duarte Belo, a 41-year-old former camera operator), the police have identified two others, who they say are evading arrest. A third man, 20-year-old Lucas dos Santos, was released from prison on June 3 after his lawyer successfully argued that police lack sufficient evidence to tie him to the crime. Mr. de Souza and Mr. Duarte say they did record the assault but did not participate.

Activists say the investigation was delayed when the initial investigator was removed after he made clear in interviews and in WhatsApp messages to colleagues that he doubted there was a crime – giving suspects ample time to get rid of evidence or flee the city. Ms. Bento was appointed a week ago.

The victim was receiving threats on her life, according to the state human-rights agency, after she went to police to report the rape, and she has been put in protective custody and moved out of the city. 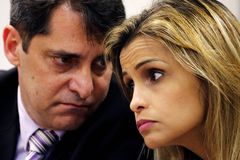 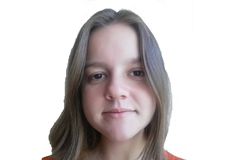