Which media outlet broke the news that the bomb that killed three spectators and injured more than 170 others at the Boston Marathon was packed inside a pressure cooker?

The answer doesn't matter, because nobody in the real world cares. But try telling that to the producers and editors with their hands on the publishing buttons at the world's biggest news organizations when news breaks, who persist in besmirching their own reputations by relying on anonymous sources and second-hand reports in a mad dash to be first.

Or at least they would be hurting themselves, if that's the way the world worked. But it isn't – even the sloppiest of outlets will live to report another day regardless of the egregiousness of their daily news sins. Readers and viewers forget the mistakes as quickly as they forget the facts, and in a noisy news world, news outlets can win at the same time as they lose.

After spending the initial hours after the blasts with a level of caution unseen in recent years, major news organization reverted to passing along unconfirmed information and faced the wrath of readers and viewers all too happy to call them out on their mistakes.

CNN erroneously reported that a "dark-skinned male" had been identified as a suspect. CBS News reported police had someone else in mind – a white man with a "white or off-white baseball cap backwards." The New York Post placed two men on its front page and called them "Bag Men,"and earlier it had reported a Saudi man was the likely culprit.

A scoop used to mean delivering meaningful information obtained through gritty reporting and deep research, but the definition has been stretched by the 24/7 news cycle to include any incremental piece of information that can be instantly communicated to the world a millisecond before the person standing next to you.

"The question we really have to wonder about is why we understand in our rational moments that passing along what could be bad information is not worth the risk, but that goes right out the window at the exact moment when we should be thinking about it the most," says Craig Silverman, author of Regret The Error: How Media Mistakes Pollute The Press and Imperil Free Speech.

As reporters around the world flocked to Boston, Benjamin Levy raced to his network of bloggers at The Score to make sure they didn't advance the story themselves. He oversees about 20 sports writers, many of whom were glued to televisions and crunching out articles when the bombs exploded.

It wasn't their news judgment he was worried about – it was everyone else's.

"The dangers of repeating some bad information far outweigh the benefits of passing along a new development," he says.

The public's esteem for the media takes a hit when a string of corrections and justifications follows a breaking news event. But that's nothing new – for as long as there have been printing presses and broadcast trucks, reporters and the companies that employ them have been held in low esteem.

There's little to suggest that errors have done any serious short-term damage to the news outlets that persist in making them. The biggest threat to the New York Post isn't a credibility gap. It's Google and its voracious appetite for every advertising dollar in the country. CNN has more to fear from services that allow viewers to skip commercials than it does from the Twittersphere, whose presence is overrepresented in public discourse and doesn't really represent the views of the majority anyway.

"These days there are so many sources of information and so many people sharing things that it's hard to know where a story started in the first place unless it was something unbelievably dramatic," says Chris Waddell, the director of journalism and communication at Carleton University. "People don't really pay attention to who reported what."

Which is why the barrage of misinformation is not likely to stop any time soon – errors are often forgotten as quickly as facts are accepted. Getting it right may be the goal, but getting it first is still way more satisfying to the majority of producers and editors fighting to rise above the noise of constant competition.

"We stand by our story," the New York Post reported long after its story was proven to be wrong. "The image was e-mailed to law-enforcement agencies yesterday afternoon seeking information about these men, as our story reported. We did not identify them as suspects."

And so begins another news cycle. 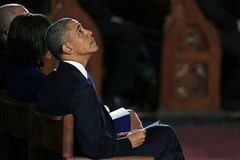 CNN learns from Newtown, reports on Boston bombing with 'abundance of caution'
May 11, 2018 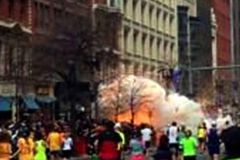 Investigators close in on Boston bombing suspect
May 11, 2018 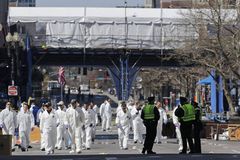