In an admission that news is not enough, and a week is much too long, one of the most well-known print magazines of the past 100 years is shutting down shop.

Newsweek will no longer exist as a paper magazine, its editor announced on Thursday. The final print edition will be dated Dec. 31. The new, digital-only version, called Newsweek Global, will run on a paid-subscription model.

The publication, which merged with Web-only news start-up The Daily Beast two years ago, has had a difficult time squaring its history of serious weekly news analysis and its present as yet-another-player in the noisy, always-on world of Internet-based news.

Along with rumours (since denied) that Britain's Guardian newspaper was also about to suspend its print edition, the death of one of the English-speaking world's most recognizable magazines cast a pall over the entire industry, with observers speculating as to which domino might fall next. Although virtually all traditional newspapers also operate online editions – and are increasingly demanding fees for access to digital content – few have dared to shut down their presses altogether. The big unknown is whether what was once called "print journalism" can survive if and when more of the dominoes tumble.

"We've taken the big digital step," Daily Beast founder Tina Brown said in an interview with her publication. "It's really only a question of when, at this point in the print industry. We're seeing a huge industry-wide change."

For more than half a decade, Newsweek has been slowly losing money and subscribers. According to the Audit Bureau of Circulations, the magazine's circulation has also dropped by about half over the past five years.

Founded in 1933 by former Time editor Thomas Martyn, Newsweek would be celebrating its 80th birthday next year. Since the early 1960s, it had been owned by the Washington Post Company, which sold it to Montreal-born audio tycoon Sidney Harman in 2010, the year before his death. He bought it for $1, on the condition he assume all liabilities. The magazine was losing $10-million a quarter.

Ms. Brown founded the Daily Beast website four years ago. Two years ago, shortly after Mr. Harman bought it, Newsweek was merged with the Daily Beast, and Ms. Brown served as the editor of both publications.

Ms. Brown, whose background includes stints at Vanity Fair and The New Yorker but who was unable to spark much of a turnaround at Newsweek, sought to frame the move as a transition, rather than a farewell. But it is clear that a digital-only Newsweek is largely the result of poor print revenue, and that the move will entail job cuts.

Originally from England, Ms. Brown made a name for herself in the U.S. magazine industry through the 1980s and '90s by adding equal parts whimsy, innovation and literary flair to what she saw as overly humourless publications. The Daily Beast – whose motto is "Read This Skip That" – represents an extension of that philosophy into the digital age, with short snappy articles on topics both serious and irreverent. But that approach, when applied to Newsweek, seemed to jar with both the magazine's history and its editorial tone.

For decades, and well into the 1990s and early 2000s, Newsweek occupied a central place in American news analysis, alongside Time magazine. But that role in the public discourse has shrunk, as readers can now turn to myriad sources of analysis almost in real-time, rather than waiting a week.

In recent years, Newsweek's editors have sought what appears to be an unworkable balance. On one hand, the magazine attempted to use its reputation for serious news analysis. But the pressures of creating buzz-worthy articles for the Internet age often forced the magazine to make editorial choices that arguably diluted that reputation. In one frequently mocked cover story, a headline simply blared, "Heaven Is Real: A Doctor's Experience Of The Afterlife." Recently, the magazine generated yet more derision when it published a story on "Muslim Rage" that was seen by some as controversial for controversy's sake. Indeed, much of Newsweek's editorial direction in the past two years has appeared to mimic that of The Daily Beast, which specializes in easily digestible, readily tweetable stories.

Newsweek's demise as a print publication was a virtually inevitable consequence of the worldwide shift to digital media, according to Joshua Benton, director of the Nieman Journalism Lab at Harvard University.

"It was based on a model that just doesn't make sense in an Internet news economy," Mr. Benton said, noting that the magazine did not appear frequently enough to function in an 24-hour news cycle – and not infrequently enough "to make an issue an event" the way monthlies are sometimes able to do.

"Given the economics of it, this was the likely outcome – and has been for quite some time," he said. He predicted that abandoning print will mark an end to Newsweek as a significant medium.

Ironically, Newsweek will continue to leverage its brand name, even as it switches to an Internet-based model in which the concept of weekly news makes no sense. Readers may not be willing to pay for the print version of Newsweek, it seems, but they do recognize the name.

"I think they have a steep climb ahead," Mr. Benton said. "It's going to be harder for their stories to get any buzz, and if there's one thing Newsweek specialized in over this last year it was trying to get buzz."

News weeklies have been "caught between two stools" in the new age, according to Paul Knox, Ryerson University professor and former chair of its journalism school.

"They were a little bit lost once the synthesizing role they played for so long, and sometimes so well, was no longer unique," Mr. Knox said. "And in many ways they were very poorly positioned to play it."

"Fragmentation of audiences was exactly the wrong thing to happen for news magazines," he added. "In many ways they were an attempt to treat as much of a mass audience as possible."

Few publications are likely to follow Newsweek's example in the short term, according to Mr. Benton. "For most news organizations that are interested in sustaining themselves, going digital-only still isn't the smart move," he said. "I think Newsweek was an extreme case."

Not everyone sees the death of the print edition as having been inevitable, however. Newsweek suffered as a result of abandoning rather than sticking to its original goals, according to Victor Navasky, journalism professor at Columbia University and chairman of the Columbia Journalism Review.

"I don't know the economics of it, but I do know they stopped doing what made them precious and important when they were at their peak," Prof. Navasky said. "They became more of a lifestyle magazine with a sort of contrarian sensationalistic politics."

In its heyday, Newsweek functioned as a "genuine alternative to Time magazine," according to Prof. Navasky, offering "a fresh and interesting perspective without forcing any ideology on its readers."

Print editions still serve a "legitimizing function" for news outlets, he added. "I don't think the new media has to put the old media out of business," he said. "They have to find their special niche and their way."

Harvard's Mr. Benton agrees that print has a future, citing one-off magazines and other products that exploit a new "fetishization" of print.

"I expect to see news organizations continue to do what they have been doing, which is try to milk as much money as they possibly can out of print for as long as they can while at the same time preparing for an inevitable transition to digital," he said.

The demise of Newsweek's magazine is "sad, almost tragic news," according to Carleton University professor and former journalism department head Andrew Cohen. "Newsweek with Time magazine were staples of people's lives," he said. "Every week the world would be slipped under your door. The mailman would come and there it was."

Despite plans to keep a digital edition running, there's is no question something important has been lost, according to Prof. Cohen. "It's like Walter Cronkite and the six o'clock news – one of those things from a generation that's vanished from the world, which now has other priorities." 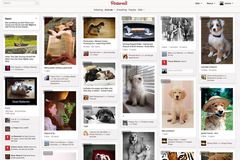 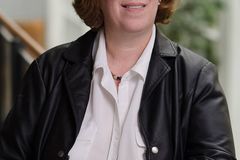 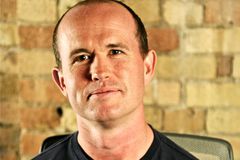 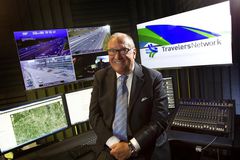