On the edge of the war zone, near the territory controlled by the murderous thugs of Boko Haram in northern Nigeria, the hit-and-run teams waited patiently for the go-ahead from the security forces.

When the soldiers decided the moment was right, the mobile units rushed into the war zone – not to shoot or attack, but in a frantic effort to vaccinate children against polio. A few hours later, they rushed back to safety.

Hit-and-run immunizations are just another of the extraordinary tactics in a relentless campaign to eradicate the polio virus from one of its last havens. Today the campaign is close to a historic breakthrough: eliminating polio from Africa for the first time.

Nigeria, always the final barrier for African anti-polio campaigns, hasn't recorded a single new case of the wild polio virus since July. Only six cases have been recorded in Nigeria this year – a dramatic 90-per-cent decline from last year. This is crucial progress, since Nigeria has been the sole reservoir for the spread of the virus to dozens of other African countries. It would leave Pakistan and Afghanistan as the only remaining countries in the world where polio is still endemic.

"We can see light at the end of the tunnel," says Tunji Funsho, chairman of the Rotary PolioPlus Committee in Nigeria. "All the hard work that we've been doing is seeming to pay off now."

With the help of foreign donors and strict new government policies supporting huge vaccination campaigns, Nigeria is closer than ever to eliminating the potentially paralyzing disease, although technically it must go three years without new cases before it can be declared polio-free. That would be a major step toward the defeat of polio. It could become only the second human disease ever to be eradicated by vaccine. (Smallpox was the first.)

"We were tired of the stigma of being the last African country with polio," said Oyewale Tomori, president of the Nigerian Academy of Science and chairman of Nigeria's polio expert review committee. "There was a real spirit to get it done, a real determination."

Last month, scientists announced that the world seems to have eliminated two of the three strains of the wild polio virus. The type 2 strain was eliminated in 1999, and type 3 has not been detected anywhere in the world since a case was found in an infant in northern Nigeria in 2012. In another breakthrough, India was declared polio-free earlier this year.

While much of the world was panicked this year by the rise of Ebola, which exposed the weaknesses of health care in some of Africa's poorest countries, Ebola has obscured Africa's quieter progress on other diseases.

One of its biggest killers, malaria, has been drastically rolled back as mosquito nets are more widely distributed and as treatment and diagnosis improve. The malaria death rate in Africa has tumbled by 54 per cent in the past 14 years, saving the lives of about 3.9 million children, according to new statistics this month by the World Health Organization.

Polio is another example of the progress. In fact, the success of Nigeria's anti-polio efforts has allowed some of its health workers to be shifted to the new task of fighting Ebola in Liberia and Sierra Leone.

How did Nigeria make such gains in its polio campaign? Just a decade ago, the campaign was in serious trouble, as northern politicians and religious leaders spread rumours that the polio vaccine caused AIDS and infertility. In February, 2013, disaster struck again when gunmen killed nine vaccination workers in the northern city of Kano.

But Nigeria has also been among the major beneficiaries of Rotary and the Gates Foundation, which are spending billions of dollars in the fight against polio. Thousands of health teams have fanned out across the country to vaccinate children, and governments have imposed strict rules to demote or dismiss officials who disobey the strategy. Religious leaders have been recruited into the campaign, ensuring that the worst rumours are dispelled.

In the past, vaccination teams would sometimes claim to have vaccinated far more children than they actually did. Under the new system, they must carry satellite devices so their movements can be tracked and mapped by a co-ordination centre as they work. If they miss a remote village, they are sent back to do it. They vaccinate children in front of their homes, rather than inside, so their work can be easily monitored by supervisors. Even nomadic cattle-herding families are tracked down and vaccinated.

The satellite mapping, combined with the tougher accountability rules, has "helped tremendously," Dr. Funsho says. "We can actually check the vaccination coverage in real time. It has reduced the falsification of data. Everyone knows the consequences of not doing the job."

As the situation improves in Nigeria, the spotlight is shifting to the two other countries where polio is still endemic: Pakistan and Afghanistan. After the CIA used a fake vaccination campaign to search for Osama bin Laden in 2011, militants in Pakistan have killed dozens of anti-polio workers, and the number of polio cases has jumped to its highest level in two decades.

New cases have also emerged in Syria and Iraq this year as a result of the Pakistan outbreak. And in Africa, scattered cases have occurred in Cameroon, Equatorial Guinea, Somalia, Ethiopia, South Sudan and Madagascar. But no cases of the wild polio virus have been reported anywhere in Africa since August.

Despite the progress, there's no room for complacency, especially with Nigerian politicians distracted by national elections in February, experts say. Previous elections in Nigeria have led to resurgences of polio.

"We've been close to eradicating polio before, and then we lost focus," Dr. Tomori said. "I hope the politicians have learned their lesson and won't make the same mistake. We must be more vigilant than ever." 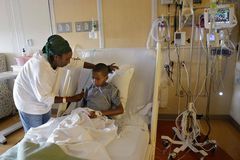 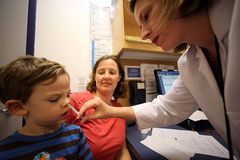