For a country that thrives on sowing confusion, North Korea has had an unusually productive week.

In little more than 24 hours this week, it successfully fired four missiles, triggered a diplomatic hostage standoff with Malaysia, complete with hurried document burning in Pyongyang, and pushed Seoul and Beijing into new hostilities over the installation of U.S. anti-missile technology.

The mess of angry recriminations has pushed "the most complicated geopolitical quagmire in the world" into dangerous territory, China's state-run Xinhua news agency warned on Tuesday afternoon. "The exacerbation of rivalry is pricking up the spectre of warfare," Xinhua said.

The latest controversy comes as North Korea demonstrates increasingly sophisticated technical skill in building nuclear weapons and firing missiles. Those advances prompted South Korea on Monday night to suddenly allow deployment on its soil of a U.S.-developed system to shoot down missiles.

All the while, North Korean Supreme Leader Kim Jong-un has exulted in the sight of a simultaneous missile launch this week compared to an "acrobatic flying corps in formation" – and the knowledge that he has once again made his impoverished country, with an estimated GDP smaller than that of Nova Scotia, into a global priority.

Pyongyang, he said, trains government officials whose "sole job is to basically game the U.S., South Korea, Japan and other parties in terms of North Korea getting what it wants."

This week, whether by design or by mistake, they have succeeded in stoking a series of co-ordinated crises.

North Korea said it would temporarily bar all Malaysian citizens from leaving its borders – 11 in total, including diplomats and their families – until a dispute over an investigation into Kim Jong-nam is "properly solved." It disputes findings by Malaysian authorities that Mr. Kim was killed with deadly VX nerve agent inside a Kuala Lumpur airport. The travel ban prompted diplomats in Pyongyang to burn documents, Chinese television reported.

Malaysia responded by telling the roughly 1,000 North Koreans inside its borders they also cannot leave. As police guarded the entrance to the North Korean embassy in Kuala Lumpur, Prime Minister Najib Razak accused Pyongyang of an "abhorrent act" that is "in total disregard of all international law and diplomatic norms."

At the same time, the row between China and South Korea over anti-missile defence grew more pointed Tuesday after a U.S. military plane landed at the Osan Air Base south of Seoul on Monday night carrying the first equipment toward deploying the Terminal High Altitude Area Defense system, or THAAD. The U.S.-developed system is designed to shoot down missiles, although its effectiveness has been questioned.

For South Korea, "it's a game of probabilities," said Go Myung-Hyun, a research fellow at the Asan Institute for Policy Studies. If North Korea fires a missile, "we want to make sure there's a higher chance of failure."

China had sought to pressure Seoul to forego the system through a pressure campaign that has included banning performances by South Korean singers and forcing the closure of some South Korean-owned retail stores. On Tuesday, it reacted angrily to the presence of missile-defence equipment in South Korea. The THAAD system includes sophisticated radar that, China argues, can be used to monitor a large swath of its own territory.

"When this system is on, the missiles and movements of Chinese troops will all fall under their surveillance. It is like someone installing a telescope or monitoring facility right on the door of your home."

At the centre of the storm lies North Korea, which has shown a remarkable ability to survive – and, often, profit – from the anger it frequently provokes.

North Korea, in other words, has a much higher pain tolerance than its counterparts, which tends to mean others back down first. "When push comes to shove, it's really difficult to imagine a scenario in which North Korea is truly called to task," said Mr. Flake, now chief executive officer of Australia's Perth USAsia Centre.

Still, its current provocations come at a time of heightened risk.

Domestic politics in both China and South Korea have made those countries unlikely to back down from a fight at a time when their leaders do not want to appear weak – Beijing, as it prepares for fall meetings where the next leadership lineup will be decided and Seoul, which is mired in impeachment proceedings against President Park Geun-hye.

The Trump White House, meanwhile, has not clearly enunciated an Asia policy, and is led by a president given to dramatic changes of course. Mr. Flake worries about the possibility of a miscalculation, which could provoke grave consequences with a nuclear-armed North Korea.

"The U.S. cannot be assured to be the adult in the process," Mr. Flake said. And if a misstep happens, the potential "costs are astronomical." 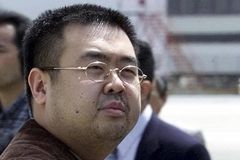 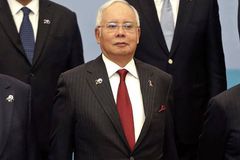