Spain on Monday became the latest European country to declare itself angry at the United States over reports the National Security Agency monitored phone calls and e-mails in the country, and spied on its leaders. You don't need to be a spy to figure out there are more such revelations to come.

But intelligence experts and political analysts here say that some of the shock is feigned, and at least part of the outrage is tactical, aimed at winning political points at home while putting Washington in an awkward corner amid free-trade negotiations between the United States and the European Union.

News that the NSA monitored some 60 million phone calls in Spain – in just one month – came on the heels of similar revelations of NSA espionage targeted at putative U.S. allies France and Germany. As with the previous exposés, the source of the reports that appeared in the El Mundo and El Pais newspapers was former NSA employee Edward Snowden, who now lives in Russia to evade U.S. efforts to have him arrested.

Madrid reacted the same way Paris and Berlin did: The U.S. ambassador was summoned, explanations were demanded and there were calls for the Spanish prosecutor's office to get involved. "We've asked the U.S. ambassador to give the government all the necessary information on an issue which, if it was to be confirmed, could break the climate of trust that has traditionally been the one between our two countries," Spanish Foreign Minister Jose Manuel Garcia-Margallo said.

There is genuine concern at how far the NSA appears to have gone. A delegation from the European Parliament arrived in Washington on Monday, demanding answers about the NSA's data-collection programs in Europe. Separately, German intelligence officials have been dispatched to the U.S. by German Chancellor Angela Merkel, tasked with finding how much truth there is to reports that the NSA had been monitoring Ms. Merkel's phone calls since 2002.

Der Spiegel reported on Monday that Ms. Merkel's communications were targeted by a special NSA and CIA unit working inside the U.S. embassy in the heart of Berlin, which the magazine referred to as "a nest of espionage."

But while the daily revelations are indeed shocking to most Europeans – who seem most concerned that someone is tracking their own calls and e-mails – experts say they shouldn't be such a great surprise to the governments in question. "Nothing is new. We all knew that from 1952, the date of the birth of the NSA, that they were listening to all their enemies and adversaries, as well as the competitors and friends of the U.S.," said Eric Denécé, director of the French Centre for Intelligence Studies.

Mr. Denécé, himself a former naval intelligence officer, said that French cabinet ministers were regularly warned that they should assume their communications were being monitored by foreign governments and not to discuss sensitive topics by telephone or e-mail.

But now that the NSA's activities are in the public domain, Washington's embarrassment can potentially be used to further European interests. Several European officials have suggested that the EU should halt negotiations toward a proposed free-trade pact with Washington; it's a threat Mr. Denécé believes could be used to extract concessions from the American side.

Sections of the proposed trade deal that touch on data privacy and the regulation of online services – the language of which U.S. Internet companies had been lobbying to keep weak – will almost certainly be stiffened amid the ongoing scandal.

"Even if most of the French and European political leaders complain [about the NSA spying], they understand the fact that the U.S. is doing intelligence operations against us. But they have to use the Snowden revelations just to defend our own interests, within the frame of this new [free-trade] negotiation," he said.

Frédérick Douzet, chair of cyberstrategy at the French Institute of Higher National Defence Studies, said that the NSA's actions had caused such public disquiet that European leaders now need to be seen being angry at the U.S. "There's been a lot of reaction. Some of it, I think, has been political posturing that was targeted more toward national audiences than to U.S. leaders, but I think some of it is true outrage about how far the NSA has been going. I think there were some red lines that have been crossed."

Ms. Douzet said Germans – who broadly see themselves as devout U.S. allies – appear to be more genuinely bothered than average French citizens, who have long viewed the U.S. with some suspicion and are less surprised to discover that the United States perhaps regards them the same way.

"Let's be honest, we eavesdrop too. Everyone is listening to everyone else. But we don't have the same means as the United States, which makes us jealous." 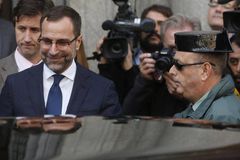 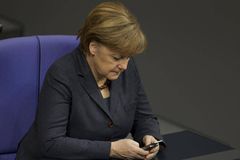