Most of us, at one point or another, have been served a bag of nuts by a flight attendant. But how many of us have subsequently suffered, as a Korean Air executive recently did, a severe bout of "nut rage" because we were not first asked whether we wanted macadamia nuts – and were not then served the nuts on a plate, as per protocol?

The ludicrous Korean Air incident – in which Cho Hyun-ah forced a jetliner back to the gate to eject the steward who had improperly served the nuts – could have been worse only if Ms. Cho had decided to toss him off the plane mid-flight. Although Ms. Cho, the daughter of Korean Air's chairman, is being deservedly criticized, the bigger issue is South Korea's massive family-run conglomerates – known as the chaebol. Despite their contributions to the development of South Korea, their work culture is, in some ways, symptomatic of what's holding South Korea back.

Korean Air, after all, is not just an airline. It is simply one subsidiary of the enormous chaebol Hanjin, which is also one of the world's largest shipping companies. Ms. Cho's father, Cho Yang-ho, is Hanjin's chairman. You may have seen its shipping containers sitting in ports beside ones from Maersk – or maybe you've seen them sitting beside ones from Hyundai Group, another chaebol. Certainly, you've probably heard of LG or Samsung, the biggest of the chaebol – a term that means "wealth or fortune" (chae) and "group or party" (bol). You may have used one of Samsung Electronics' phones, watched one of its TVs – or perhaps stood upon one of the ocean-going freighters or oil-drilling platforms produced by Samsung Heavy Industries, one of the firm's many tentacles.

The story of the chaebol is, in some ways, the story of South Korea. Before the Japanese annexation in 1910, Korea was agricultural. The Japanese built up industry and eventually left a bunch of factories and machinery when they were booted in 1945.

After the Korean War ended, with the south poorer than many parts of Africa, a corrupt regime struck questionable deals with a businessman who had taken up those industrial assets. After a coup d'état in 1961, businessmen were then hand-picked by an authoritarian government that wanted to develop the Korean economy into an export powerhouse.

These select, family-run firms were then showered with cheap loans and preferential market access. The chaebol eventually sprawled into new areas, not because it made sense, but because they could. Loans were guaranteed by the government and financial success was irrelevant.

By 1984, the chaebol made up 94 per cent of the Korean economy. The families at the centre of these firms wield enormous power, despite owning a fraction of the company.

But it worked. South Korea developed extraordinarily fast, a true Asian tiger. But the Asian financial crisis of 1997 laid bare the lax corporate governance. Daewoo collapsed under $50-billion of debt, while it and many other chaebol were forced to slice off subsidiaries. Still, with some corporate governance reforms, these world-beating companies have powered South Korea to remarkable prosperity.

What remains, though, is the type of feudal work culture that makes it reasonable for Ms. Cho to demand the flight attendant kneel before her in first class; the type of work culture in which Korean Air can dispatch minions to try to persuade the flight attendant to fudge details of the incident, which violated regulations and will likely lead to a hefty fine. The decision by her chairman father to fire her and publicly say he should have raised her better simply reinforced impressions of dysfunction within the chaebol bubble.

The domination of the chaebol has broader ramifications, too. While manufacturing is strong, the services sector is weak. South Korea's productivity rankings are dismal. Small and medium-sized businesses, despite accounting for about 90 per cent of employment, are hurting in the shadows of the chaebol. And chaebol expansion, much of it now overseas, does not always trickle down at home, where inequality has risen and the chaebol favour irregular contract workers. South Korea's rapid export-led growth is gradually slowing.

What South Korea looks like in the future will depend on how the government tackles corporate governance issues and the enormous chaebol – particularly as chairmen such as Mr. Cho hand power over to a next generation that includes people like his daughter. 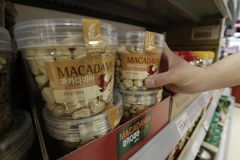