The Republican Leader of the U.S. House of Representatives voiced support on Thursday for President Barack Obama's expanded campaign against Islamic State militants, but members of his party questioned whether the plan to rely mainly on air strikes and arming Syrian rebels was forceful enough.

Mr. Obama sent a panel of top administration officials to the Capitol to make the case to the U.S. Congress for broadening operations against the Sunni militants, including U.S. air strikes in Syria for the first time and more military advisers in Iraq.

In a televised address on Wednesday night, the Democratic President declared he would lead an alliance to root out Islamic State, plunging the United States into two conflicts in which nearly every country in the Middle East has a stake.

The White House argued that Mr. Obama does not need Congress' formal authorization for the effort, but they want legislators' support to show a united front both against opponents and to other nations asked to become allies.

House Speaker John Boehner said Mr. Obama had made a "compelling case for action" but said the President must provide Republicans with more details. "It's important to give the President what he has asked for," he told a news conference.

Congress' Republican leaders generally supported Mr. Obama's plans but must work to unite various factions within their party, including members deeply sceptical of Mr. Obama's leadership and spending plans and others who want the United States to cut back sharply on foreign military involvement.

Boehner said Republican House members have doubts about whether Mr. Obama's plan can accomplish his mission of destroying a militant group whose fighters have killed thousands of people in recent months. "An F-16 is not a strategy. And air strikes alone will not accomplish what we're trying to accomplish. The President's made clear that he doesn't want boots on the ground, well somebody's boots have to be on the ground," the Ohio representative said.

Islamic State is a Sunni group that embraces a radical vision of a Middle East ruled along seventh century precepts. Its fighters are battling a Shiite-led government in Iraq and a Syrian government led by President Bashar al-Assad, a follower of an offshoot of Shiite Islam.

Mr. Boehner said no decision had been made on how the House might vote on Obama's request for authorization and $500-million (U.S.) in funding to arm and train moderate rebels waging a three-year-long war against Mr. al-Assad.

A spokesman said the White House would like Congress to include the authorization in a bill to fund government operations, called a continuing resolution, expected to pass next week.

The Syrian rebels are seen as a moderate counterpart to both Islamic State and Mr. al-Assad's government, but lawmakers harbour doubts about the rebels.

"There's a real question as to whether we have a Free Syrian Army and most of the reports I've read … show so many different groups and not a high reliability," Representative Rodney Frelinghuysen of New Jersey, who chairs the House Appropriations Defense Subcommittee, said.

Administration officials see the vote as crucial to its efforts to build an international coalition. But the timing is tricky, as such a move could be seen as a "war vote" just two months before congressional elections.

Any vote to authorize military action could prove especially tough for Democrats, whose liberal base tends to be wary of war, as the party tries to hold a slim U.S. Senate majority.

Arab states, including heavyweight Saudi Arabia, agreed Thursday to rally behind Washington as it seeks to build an international coalition in the fight against Islamic State jihadis.

In addition to Saudi Arabia, the other Arab states are Bahrain, Egypt, Iraq, Jordan, Kuwait, Lebanon, Oman, Qatar and the United Arab Emirates.

In the final statement after meeting in Jiddah, the 10 countries and Washington declared their "shared commitment to stand united against the threat posed by all terrorism, including the so-called Islamic State in Iraq and the Levant."

Participation in the fight will include "as appropriate, joining in the many aspects of a co-ordinated military campaign against [Islamic State]," the statement said.

The Arab partners will work to stop the flow of foreign fighters through neighbouring countries and to counter the militants' sources of financing. They will also contribute to humanitarian relief efforts and assist with the reconstruction of communities "brutalized" by the jihadi.

Saudi Foreign Minister Prince Saud al-Faisal called for a "comprehensive approach" that does not focus on one country in the fight against "terrorism."

Scepticism about a coalition

Shiite Iran has influence and interests in neighbouring Iraq and is deeply worried by the rapid advance of Sunni extremists. It has deployed Revolutionary Guards units to Iraq, dispatched one of its top generals to provide advice to Iraqi Shiite militias, sent drones over Iraq from an airfield in Baghdad and shipped tonnes of military equipment to the Iraqis.

But it has no diplomatic relations with the U.S. – and isn't invited to join a coalition to fight Islamic State – and its avid support for Syrian dictator Bashar al-Assad puts it in direct opposition to the West.

Tehran expressed skepticism about a coalition. "The so-called international coalition" to fight Islamic State "is shrouded in serious ambiguities and there are severe misgivings about its determination to sincerely fight the root causes of terrorism," said a foreign ministry spokeswoman, Marzieh Afkham, in remarks quoted by state television on Thursday.

She added that some potential coalition members were "financial and military supporters of terrorists in Iraq and Syria." But President Hassan Rouhani, during an official visit to Tajikistan, was somewhat more positive, if more vague. He said regional and international co-operation are vital.

Reluctance to take a prominent role

NATO member Turkey has long had close strategic ties with Washington, but Turkish officials have expressed reluctance to contribute militarily to a coalition to battle the Islamic State. Mr. Kerry will attempt to gain Turkish support for air strikes on Islamic State, and possibly use of Turkish territory or air bases, during a two-day visit to Ankara beginning Friday.

Turkey has absorbed more than 500,000 refugees from the Syrian civil war and recently took in some 10,000 members of the Yazidi sect who fled Islamic State brutality in Iraq. It had been asked to secure its borders to prevent oil smuggling out of Iraq and Syria and keep foreign fighters from heading in. But Ankara has been reluctant to take a prominent role in the coalition, in part out of concern for the 49 Turkish citizens who were kidnapped from the Turkish consulate in the northern Iraqi city of Mosul when it was overrun by Islamic State fighters in June. President Recep Tayyip Erdogan has warned against jeopardizing efforts to have them released. He also fears that weapons sent to forces fighting Islamic State could end up in the hands of Kurdish separatists and turned on Turkish soldiers.

In a visit to Ankara this week, U.S. Defence Secretary Chuck Hagel said Turkey would play a role in the fight against the Islamic State, but that the country's "limitations" would be respected.

Hours after Britain's foreign minister said the country wouldn't participate in any air strikes on Syria, Prime Minister David Cameron's office overruled the comment Thursday and stressed that the government hadn't discarded the use of air power.

Foreign Secretary Philip Hammond told reporters: "Let me be clear: Britain will not be taking part in any air strikes in Syria." But a spokesman for Mr. Cameron's office contradicted that position, saying Mr. Cameron had not ruled out action related to the Islamic State group. British lawmakers are asking Mr. Cameron to clarify the government's position.

Germany has decided to arm Kurdish forces fighting extremists, putting aside its usual reluctance to send weapons into conflicts. Asked about participating in air strikes, German Foreign Minister Frank-Walter Steinmeier said: "We have neither been asked to do that, nor will we do that."

France has invited officials from Europe, the U.S., the Arab region and Russia to meet in Paris on Monday to discuss strategy against the militants.

Australian Prime Minister Tony Abbott said Thursday said it was "important for Australia and for the world" that the Islamic State is defeated. "Australia will work with our international partners to combat this evil menace." 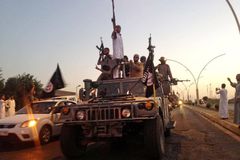 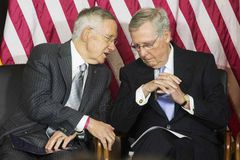 What Mideast states could offer a U.S.-led coalition against Islamic State 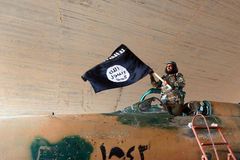