In a historic move that recasts the balance of power in the Middle East and may end Iran's isolation as a pariah state, Tehran and key Western nations signed a pact Tuesday to curb the country's nuclear program in exchange for lifting economic sanctions.

The complex agreement drops the international penalties that have crippled Iran's economy, impoverishing many of its 77 million people, and compels Tehran to give up its stockpiles of enriched, close-to-weapons-grade uranium. It also allows inspections to ensure Iran's long-running, clandestine nuclear program remains peaceful.

The United States led the negotiations, with President Barack Obama ultimately making a legacy-defining bet to constrain Iran's nuclear ambitions and end the decades-long enmity between the two nations.

In addition to the U.S., the other permanent members of the UN Security Council – Britain, China, France and Russia – along with Germany, were parties to the pact, although it was widely seen as a deal between Washington and Tehran.

The agreement, however, reinforced the divide in the Middle East between Shia Muslim Iran and its Sunni rivals, led by Saudi Arabia, and sparked a furious rejection from Israel and its hawkish Prime Minister, Benjamin Netanyahu.

Mr. Obama remained undaunted: "Because America negotiated from a position of strength and principle, we have stopped the spread of nuclear weapons in this region," the President asserted while his critics accused him of appeasement and capitulation to Tehran's ruling mullahs.

More than six years after Mr. Obama, in his first inaugural address, offered to "extend a hand if you are willing to unclench your fist," the United States and Iran are on the verge of rapprochement. Back-channel contacts, a secret exchange of letters between Mr. Obama and Iran's Supreme Leader Ayatollah Khamenei and years of on-again, off-again talks eventually led to Tuesday's historic deal announced in Vienna.

Mr. Obama faces tough political opposition at home and deep skepticism from some allies – notably Canada and Israel – over whether the deal thwarts a nuclear-weapons program that Tehran has always disavowed.

At home, former Florida governor Jeb Bush, front-runner in the Republican race for the 2016 presidential nomination, accused Mr. Obama of "appeasement." Congress has 60 days to review the deal, but Mr. Obama vowed to veto any effort to block it.

Abroad, Mr. Netanyahu assailed the pact, calling it a "historic mistake" that puts "Iran on a sure path to nuclear weapons" and gives Tehran's Islamic regime "a cash bonanza of hundreds of billions of dollars, which will enable it to continue to pursue its aggression and terror."

Hours after the deal was struck, Mr. Netanyahu reaffirmed his threat to unilaterally attack Iran to keep it from acquiring nuclear weapons. Canada, the most hawkish of Western nations on Iran, announced it wouldn't lift its sanctions.

For both Mr. Obama and Iran's pragmatic President, Hassan Rouhani, the deal represents a high-stakes attempt to end more than three decades of belligerent antagonism during which Tehran has characterized the United States as the "Great Satan" and Washington labelled Iran as a terrorist-sponsoring nation and, sometimes, big wheel in the Axis of Evil.

Mr. Obama said the pact opens for Iran "a different path, one of tolerance and peaceful resolution of conflict [that] leads to more integration into the global economy, more engagement with the international community and the ability of the Iranian people to prosper and thrive."

It's a deal that "offers an opportunity to move in a new direction. We should seize it," he said, adding arms-limitations deals are made with adversaries, not friends. "We are dealing with a country, Iran, that has been a sworn enemy of the United States for 35 years," he said, referring to the Islamic revolution of 1979 that ousted the reliably pro-Western Shah.

In his own televised address, Mr. Rouhani told jubilant Iranians that the deal "is the end to acts of tyranny against our nation and the start of co-operation with the world."

Lifting sanctions should immediately boost Iran's moribund economy, although the full impact of another major oil exporter with unfettered access to world markets will take time to be felt.

Mr. Obama insisted the deal was "not built on trust, but on verification." Critics in Congress and elsewhere will dispute that, arguing the U.S. gave up too much in pursuit of Mr. Obama's long-held desire to improve relations with Tehran.

"We're going to do everything we can to stop it," Speaker John Boehner, the Ohio Republican whose party holds a majority in the House of Representatives, warned.

Opposition came not just from Republicans. "The red lines we drew have turned into green lights; Iran will be required only to limit rather than eliminate its nuclear program," Senator Bob Menendez, a New Jersey Democrat and influential member of the Senate Foreign Relations Committee, said.

Majority Leader Senator Mitch McConnell, a Kentucky Republican, said: "Republicans and Democrats were right to be deeply worried about the direction of these talks."

But there was also support among the President's allies in Congress, likely sufficient to defeat any congressional effort to override a veto.

Hillary Clinton, the leading Democratic contender for the 2016 presidential nomination, said the deal "put the lid on Iran's nuclear programs," an assertion likely to irk many pro-Israel Democrats.

Florida Senator Marco Rubio, one of more than a dozen credible Republican presidential candidates, said the deal undermined U.S. national security because it "allows the mullahs to retain the ability to develop nuclear weapons, threaten Israel and continue their regional expansionism and support for terrorism." 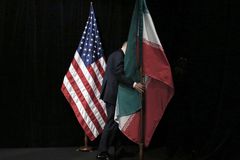 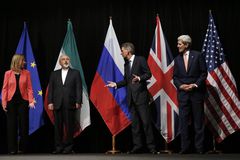