President Barack Obama now proposes to work with Russia and Iran – both avowed adversaries – to end the war raging in Syria, the latest in a long series of shifts by the U.S. leader over the past four years.

"The United States is prepared to work with any nation, including Russia and Iran, to resolve the conflict," Mr. Obama said Monday at the annual gathering of leaders at the United Nations in New York. "But we must recognize that there cannot be, after so much bloodshed, so much carnage, a return to the prewar status quo."

That seems self-evident, and Mr. Obama offered no glimpse of what a future Syria might look like.

Both Russian President Vladimir Putin and Tehran's ruling Shia theocracy regard Syria's President Bashar al-Assad as an ally and a key bulwark against the raging Sunni extremist jihad that now threatens to topple the Assad-led regime in Damascus.

Although they may be informal allies of convenience, U.S. warplanes, Iranian Quds special forces, the battered Syrian military and – it seems – newly arrived Russian fighter-bombers can all strike Islamic State fighters, but that doesn't create a confluence of political interest.

Mr. Obama is no doubt right that it's far too late for Syria to return to its prewar stability. Syria, long a secular, ruthless, Arab dictatorship, ruled for three decades by Hafez al-Assad and, since 2000, by his son Bashar, has been destroyed by four years of escalating violence that has killed hundreds of thousands and triggered the largest refugee exodus – more than four million have fled Syria and millions more are displaced internally – since the Second World War.

Mr. Obama, who once threatened to attack the Assad regime if it crossed "the red line" of using chemical weapons against the Syrian people and then backed off despite Mr. Assad gassing his own people, offered no clear objective, including whether he was willing to use U.S. power – military or otherwise – to actually oust Mr. Assad.

Military power is "necessary but not sufficient" in Syria, said Mr. Obama, adding: "Realism dictates that compromise will be required … but realism also requires a managed transition away from Assad and to a new leader."

A transition to what remains unclear.

Managing any transition, even if Mr. Assad could be convinced to quit, seems a vague proposition. Mr. Putin and the ruling mullahs in Tehran want Mr. Assad, or any Assad successor, to remain loyal to and dependent on Russia and Iran because that relationship gives both a key role in the Middle East.

Mr. Obama's version of what caused the Syrian war and the attendant rise of the Sunni extremist Islamic State, which has now carved out a nascent caliphate across a huge swath of western Iraq and eastern Syria, won't find much support in Moscow or Tehran, nor among some of his domestic political critics.

"Let's remember how this started. Assad reacted to peaceful protests by escalating repression and killing and in turn created the environment for the current strife," Mr. Obama said.

The countervailing view is that Mr. Obama's decision to pull all U.S. troops out of Iraq set the stage for the rise of extremist jihadis who filled the vacuum left by the withdrawal.

For months, U.S. and allied warplanes, including Canada's, have been attacking Islamic State fighters and strongholds in Iraq and Syria. Meanwhile, in common cause, Iranian special forces have been working with Iraq's underperforming and mostly Shia army to regain control of largely Sunni areas of western Iraq. Tehran has also been arming and backing Mr. Assad, regarding his regime as the best-equipped to defeat mostly Sunni rebels – including Islamic State – inside Syria. It has also backed Hezbollah, the large and powerful Lebanon-based Shia militia which has provided forces to shore up the Assad regime.

Russia has recently stepped up its military aid to Mr. Assad and moved warplanes, tanks and several hundred troops to fortify an air base near Latakia, heartland of the Assads' ruling Alawite sect and not far from the Russian naval base at the Syrian port of Tartus, which serves as Moscow's foothold in the region.

Mr. Obama and Mr. Putin – at odds over Ukraine and much else – were to meet in New York later Monday, but whether the Russian and U.S. leaders can find a common path toward peace in Syria remains unknown, especially given worsening relations between the two men and the approaching end of Mr. Obama's second term in the Oval Office.

For U.S., Russia and Iran, defeat of IS just one goal among many others

Russia's Vladimir Putin and U.S. President Barack Obama agree: The terrorist Sunni group known as the Islamic State is their No. 1 concern in Syria, where IS forces control significant territory in the north, centre and east of the country. Beyond that, there's little the two men agree on.

Mr. Putin has been deploying armed forces and materiel to Syria (mostly in the Alawite homeland of western Syria) to prop up the embattled regime of Bashar al-Assad so that the Syrian army can take the fight to the Islamic State.

Mr. Obama, on the other hand, has been content to attack IS forces from the air and wants nothing to do with the tyrannical Mr. al-Assad. Indeed, Mr. Obama wants the tyrant out so democracy can flourish.

Mr. Putin argues that Mr. al-Assad's regime cannot vacate its offices until a new administration is ready to take over. To leave a vacuum, he told the UN General Assembly on Monday, risks a chaotic and volatile situation such as the one Libya now is facing in which extremists may very well triumph.

While Mr. Obama might well wish to see the Syrian leader gone, it seems he is softening on just how soon he wants him evicted. Perhaps influenced by Mr. Putin's Libyan analogy, or by several European leaders, including Britain's David Cameron, who now argue it might be helpful for Mr. al-Assad to stay through a transition, the U.S. leader now allows that the dictator need not go immediately.

Mr. Putin told CBS interviewer Charlie Rose last week that "right now" Russia doesn't plan to "participate in any troop operations in the territory of Syria." This leaves quite a lot of wiggle room should he decide to send his soldiers into combat.

The only issue that likely would cause him to do that, however, would be the prospect of the Islamic State gaining a completely free hand, if not complete control, in Syria.

The prospect of some 2,000 victorious Russian-born IS fighters returning to Chechnya and taking the battle to Moscow is more than Mr. Putin is willing to risk. It's better, he believes, to have that battle inside Syria rather than at home.

Iranian President Hassan Rouhani shares one thing in common with both Mr. Putin and Mr. Obama: He, too, believes religious terrorism is the greatest threat facing the Middle East and the world.

Of course, the Shia Iranian leader is referring to the Sunni brand of extremism as practised by groups such as the Islamic State and al-Qaeda that also are opposed by the West. However, the United States and many of its allies, including Canada, Saudi Arabia and Israel, also view certain Shia groups such as the Iranian-backed Hezbollah movement as terrorists.

Nevertheless, Mr. Rouhani said Iran would be willing to work together with the United States and other parties in "a united front against extremism and violence" in order to bring democracy to Syria.

The Iranian President's pledge to work for democracy in Syria, however, is conditional on the United States and the other members of the UN Security Council passing a test.

Mr. Rouhani explained that while he is full of praise for the negotiations of the nuclear deal recently concluded between Iran and the Security Council's five permanent members and Germany, the deal also is looked on by Iran as something of a test – to see if the United States and others are sincere in truly implementing what was agreed, namely the lifting of sanctions against Iran.

While U.S. Secretary of State John Kerry on Saturday told his Iranian counterpart Mohammad Javad Zarif that the United States hoped their two countries could work together to help resolve the crisis in Syria, Mr. Rouhani's chief of staff, Mohammad Nahavandian, said on Sunday that such an arrangement would depend on the United States passing the nuclear test.

"We have to see whether the implementation stage can bring about some level of trust," he told the Al-Monitor news service. 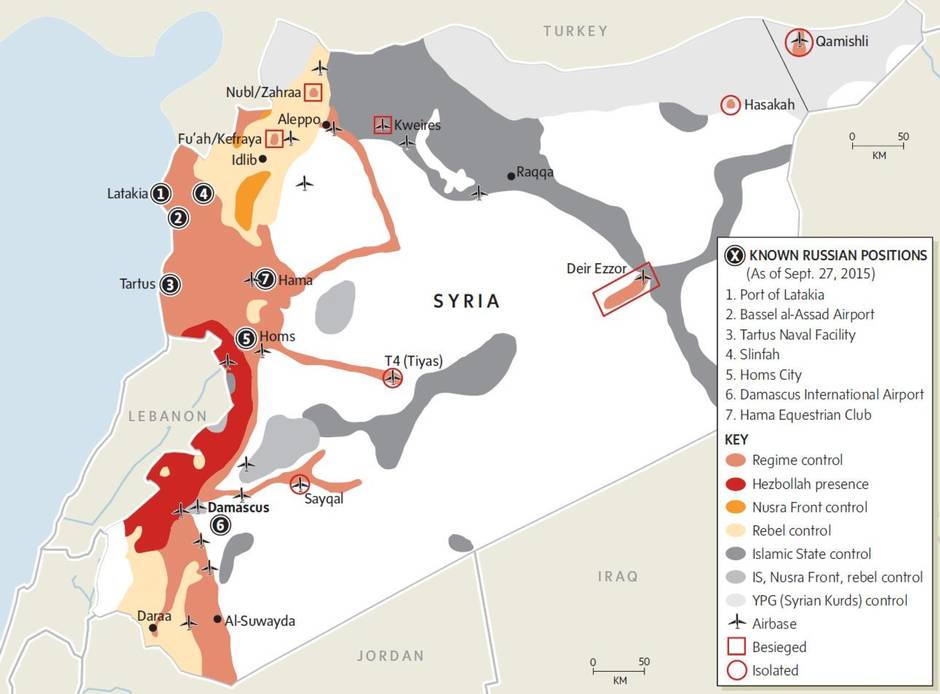