Omar Khadr is willing to have his military-appointed U.S. lawyer defend him in court after all, his Canadian lawyer now says.

Military judge Colonel Patrick Parrish would not let him, and directed Lt.-Col. Jackson to consult his professional bodies, including the Arkansas bar, as to his obligations regarding Mr. Khadr's defence.

Lt-Col. Jackson's answer? Not only will he continue representing Mr. Khadr, but says he is "ethically required" to do so.

"Therefore, I intend to provide him with a zealous defence at his trial in August," he said this weekend.

"Omar Khadr continues to be the victim in this case. I never envisioned a scenario in my career as an Army lawyer that would require me to defend a child-soldier against war crimes charges levied by the United States. I always believed we were better than that."

And for now, says Dennis Edney, one of Mr. Khadr's Canadian lawyers, he is willing to have a U.S. military lawyer act on his behalf.

This means a defence motion will proceed on Aug. 9, over the question of whether prosecution evidence against Mr. Khadr was obtained through torture and coercion.

Mr. Khadr , now 23, is the only Canadian held at the U.S. military detention centre for suspected terrorists in Guantanamo Bay, Cuba. He has been in U.S. custody since age 15, when he was arrested in Afghanistan in 2002 and accused of throwing a grenade that killed a U.S. soldier during a firefight.

A psychiatrist and psychologist for the defence conducted assessments that found Mr. Khadr was traumatized; testimony from his interrogators in May revealed Mr. Khadr had been threatened with gang rape to induce his co-operation.

Jury selection and a trial are expected to continue immediately after the pre-trial hearing.

If Lt.-Col. Jackson had decided differently and that suppression motion not gone forward, it could have ended one of Mr. Khadr's best defences.

Mr. Khadr's recent actions raise questions regarding the rules of the ad hoc military tribunals being used for suspects held at Guantanamo Bay, who often have little faith in the system they see as fundamentally unjust.

Lieutenant-Colonel David Frakt has been there before: He has had to navigate Gitmo's tribunals as military lawyer for an associate of Osama bin Laden who spread al-Qaeda's message and for an Afghan teenager who was acquitted. He was also the lawyer Lt.-Col. Jackson turned to for advice on how to proceed in Mr. Khadr's case.

As lawyer for Ali Hamza al-Bahlul, the al-Qaeda spokesman, Lt-Col. Frakt was told in no uncertain terms that his client wanted him out of the picture. So he stayed out. Mr. al-Bahlul has since been convicted and is serving a life sentence in Guantanamo.

But in the case of Mohammed Jawad, accused of throwing a grenade at a U.S. convoy as an Afghan teenager, Major Frakt insisted on representing the profoundly depressed, suicidal detainee - and won him a repatriation after his case was dismissed.

Lawyers are left "to sort of fend for themselves on these things," he said.

The colleagues had a lengthy discussion about the issue.

"In these situations there's two concerns a lawyer has," Lt-Col. Frakt said. "One is, 'How do I represent the client and carry out the client's wishes?' And, two, 'How do I not lose my licence to practice law?' … There's an added layer of complexity in these cases because the court is ordering Jackson to represent [Mr. Khadr] but what does that really mean?"

In this case, Lt-Col. Frakt said, Mr. Khadr needs an active defence. To make no defence arguments or insist on representing himself would have been "basically a recipe for getting convicted on all counts and getting a very lengthy sentence," Major Frakt said.

"Al-Bahlul was willing to sacrifice himself for what he saw as a greater cause. And Khadr, from my understanding he's not a jihadist, he's not a martyr. He's just a scared, angry kid that wants to go home." 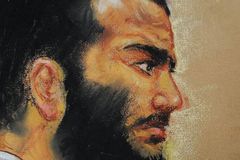 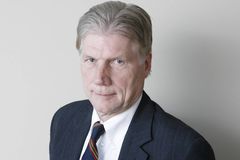 A tour inside Gitmo
July 14, 2010
Building trust at Guantanamo, one terrorism suspect at a time
July 14, 2010
Follow us on Twitter @globeandmail Opens in a new window
Report an error Editorial code of conduct
Due to technical reasons, we have temporarily removed commenting from our articles. We hope to have this fixed soon. Thank you for your patience. If you are looking to give feedback on our new site, please send it along to feedback@globeandmail.com. If you want to write a letter to the editor, please forward to letters@globeandmail.com.
Comments