On Syria, on dealing with terrorists, and on financial transparency, the leaders of the Group of Eight found much to agree upon – and much to divide them.

What the G8 said

It's one of the world's most divisive and sensitive dilemmas: Do you pay ransom to terrorists to save the lives of their hostages?

For years, Britain has quietly grumbled about governments that pay ransom to save the lives of their citizens. British officials privately complained that the payments were undermining the British policy of never negotiating ransom. But now Prime Minister David Cameron has persuaded the other G8 leaders to take a strong and united stand against ransoms for the first time.

The statement issued by the G8 on Tuesday is, implicitly, an indirect rebuke to the Canadian government, which is widely believed to have facilitated a ransom payment for the release of captured Canadian diplomats Robert Fowler and Louis Guay in northern Mali in 2009.

It is also a rebuke to several other governments – including France, Germany, Italy, Japan and Russia – which are known to have negotiated or condoned ransoms in the past.

In their final communiqué on Tuesday, the G8 leaders said they "unequivocally reject" the payment of ransoms to terrorists. Ransom payments have helped terrorists to recruit members and organize attacks, including the dramatic hostage-taking at the In Amenas gas plant in Algeria in January that killed 38 foreign hostages, the summit statement said.

"In the last three years, we estimate that al-Qaeda-affiliated and other Islamist extremist groups worldwide have collected tens of millions of dollars in ransoms," the statement said. "Payments to terrorists from Sahel to the Horn of Africa helped fuel instability in the region, and contributed to large-scale attacks like In Amenas."

Mr. Cameron was pleased by the agreement. On Twitter, he said the G8 leaders had agreed "to stamp out ransom payments to terrorists, calling on companies to follow lead."

What it didn't say

The summit did not acknowledge the awkward reality that politicians often play a double game on ransom payments. Their declaration on Tuesday about never paying ransoms is far from new. Some governments often vow that they will never negotiate with terrorists, yet in private they participate in ransom payments – or they allow ransoms to happen with their tacit understanding.

About $70-million has been handed over to terrorist groups in ransom payments over the past three years – an average of $2.5-million per hostage, according to British estimates. The underlying reasons for these payments are unlikely to change.

A document obtained last month by the Associated Press suggested that $1.1-million was paid to a terrorist group, Al-Qaeda in the Islamic Maghreb (AQIM), for the release of the Canadian diplomats, Mr. Fowler and Mr. Guay. The source of the money and the method of payment were unclear, but analysts suggest that another government may have paid the ransom on Canada's behalf.

In a leaked diplomatic cable in 2010, the U.S. ambassador to Mali complained bitterly that the Canadian government was among the governments that "pay ransom" and "are given a pass."

What it all means

Probably not very much. Politicians will continue to utter the same noble rhetoric about never negotiating with terrorists. Yet they will continue to face the same agonizing dilemma in every hostage situation – to pay or not to pay.

A few governments, including France, have tried to use military force against hostage-takers, but it rarely works. In the remote deserts of northern Mali or the wastes of Somalia, it can be almost impossible to track down the hostage-takers and conduct a rescue mission to free the hostages safely. So the choice, most often, is ransom or death.

In 2009, when Britain refused to negotiate with the same terrorists who were holding Mr. Fowler and Mr. Guay, the hostage-takers brutally decapitated a British hostage.

Britain and the United States will continue their firm position of never paying ransom, regardless of the circumstances, but other countries will continue to look at each situation on a case-by-case basis. The reality is that well-connected senior officials such as Mr. Fowler and Mr. Guay will continue to benefit from vigorous efforts to secure their release by any means necessary, and a G8 statement is unlikely to halt the practice. 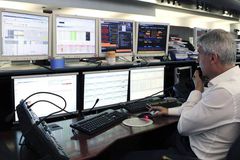 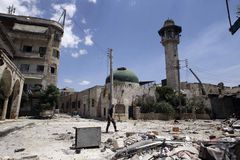