After two years of being blamed for blocking the road to peace in Syria, Russian President Vladimir Putin appears now to be in the driver's seat while U.S. President Barack Obama is stuck on the passenger side looking for a map.

Obama administration officials argue that it was the U.S. threat of force that brought Russia forward with its proposal to place Syria's chemical weapons under international control. But it appears that the prospect of Mr. Obama losing his bid for congressional approval of military action against Syria had a lot more to do with it, prompting Mr. Putin to throw him a lifeline.

For the Russian leader, it's a chance to appear statesmanlike for a change, while still safeguarding his country's own interests. Not only is Syria an old client state, dating from the time of the former Soviet Union, it also is an ally of Iran. Syria and Iran share the goal of keeping the Sunni jihadists out of Damascus.

Russia has the same goal. "Russia has had enough trouble with jihadists in Afghanistan and Chechnya and doesn't want another jihadist state in the region," said Adnan Abu Odeh, a former Jordanian diplomat.

Keeping the regime of President Bashar al-Assad in place in Syria also serves another Russian interest. A government friendly to Russia would prevent Qatar, the resource-rich Gulf state, from making good on its proposal to use Syria as a conduit for a gas pipeline to Turkey and on to Europe. Europe is a major market for Russian natural gas.

To make sure the threat of a U.S. strike against Syria doesn't soon return, Russia has already insisted that any United Nations Security Council resolution that would authorize the destruction of Syria's chemical weapons not include the threat of military consequences should the plan fail. U.S. and French diplomats have called for such a provision.

The decommissioning plan will succeed, Mr. Putin said this week, "only if the U.S. and those who support it on this issue pledge to renounce the use of force."

"It is difficult to make any country – Syria or any other country in the world – unilaterally disarm if there is military action against it under consideration."

Mr. Obama may have little choice but to accede to that demand. If this plan never gets off the ground, he may not find any more support in Congress than he had a few days ago for military action. After pledging to seek congressional approval to punish the Syrian regime for its alleged gas attack on civilians last month, Mr. Obama is also unlikely to launch a strike without that support.

Mr. al-Assad also appears to have emerged a winner, or a survivor for the moment. Mr. Obama, who declared back in 2011 that the Syrian dictator had to go, has said repeatedly since the Aug. 21 gas attack that he wants to carry out a limited strike on Syria to degrade its chemical weapons capabilities, not to effect regime change.

Members of the Syrian opposition have expressed bitterness that Mr. Obama's latest position is only to declare war on Syrian chemical weapons, not on a regime that has killed tens of thousands of its own citizens by other means.

The new focus on diplomacy, and the Syrian government's stated willingness to go along with the Russian plan, has left the main U.S. ally in the Gulf off balance. Saudi Arabia has been trying for a year to push the U.S. military machine into gear in support of the anti-Assad rebels in Syria.

The Saudis see themselves as the religious leaders of the Sunni Muslim world and, as such, have two goals, Mr. Abu Odeh said. The first is to stop Shia Iran from encroaching in the Arab world, and the second is to reduce the influence of the Muslim Brotherhood who oppose monarchies such as the House of Saud.

Mr. Obama disappointed them when he dropped his support of Hosni Mubarak in Egypt and then supported the Muslim Brotherhood leadership that replaced the Egyptian dictator. Now, he has chosen to pull his punches when it comes to Iran's ally in Damascus.

"The Saudis see Iran's Shia influence as the greatest evil," Mr. Abu Odeh added, "greater than the threat posed by Israel or anyone else."

That influence extends from Iran to its Hezbollah followers in Lebanon. "Syria is a lynchpin that connects Iran to its Shia followers in Hezbollah," he said. "Pull out that pin and Iran's forces become weaker."

That is likely why Mr. Putin was willing to give up Syria's chemical weapons – because it ensures that Mr. al-Assad or any succeeding pro-Iranian leader will remain in office. 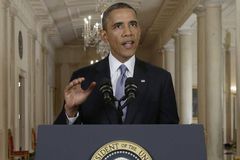 Obama leaves G20 with no consensus on Syria action
September 6, 2013 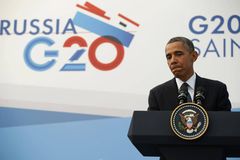