When Benjamin Netanyahu was quoted earlier this week saying there would be no Palestinian state on his watch, he may have thought he was consolidating right-wing support for his Likud party and keeping those irresponsible lefties in the Labour Party from coming to power.

The impact of his tactics, however, has been to trigger a potentially debilitating backlash from the U.S. administration and to jump-start a Palestinian campaign for international recognition. Rather than set back the cause of a Palestinian state, his measures have brought such a state closer.

"Netanyahu's manoeuvre was probably the best possible thing to happen as far as the Palestinians are concerned," said Daniel Kurtzer, a former U.S. ambassador to Israel and Egypt and now a professor of Middle East studies at Princeton University. "Their diplomatic path is now clear."

A leading Palestinian politician made the same point. "It's wonderful for us," said Jibril Rajoub, secretary general of the Fatah Central Committee, speaking to The Times of Israel.

"This will just prove to the international community that we have no one to speak to on the Israeli side."

Not even Mr. Netanyahu's clarification on Thursday, saying he still supports a two-state solution "if circumstances change," could stanch the bleeding.

"The White House does not believe Netanyahu has reversed course at all," said Mr. Kurtzer, who has advised U.S. President Barack Obama in the past. "He [Mr. Netanyahu] will have to do more, say more, take action to demonstrate his commitment to a two-state solution … if he's going to undo the damage he's done."

If that is the international perception, the Palestinians have a tremendous opportunity to advance their cause.

"The Palestinian leadership is looking to move on two tracks," said Canadian-born Diana Buttu, an Arab with Israeli citizenship living in Ramallah, who was an adviser to Palestinian Authority President Mahmoud Abbas – the "international recognition" track and the "punitive" track, meaning ways intended to pressure Israel to change policies.

There's been a lot of talk about Palestinians taking Israel to the International Criminal Court – Palestinian membership in that body becomes formal on April 1 – but the process to prosecute someone there takes years. It also would cost the Palestinian Authority dearly.

Already the Israelis are refusing to transfer tax revenue to the PA – about $120-million (U.S.) a month – unless the PA withdraws its ICC complaint.

And the U.S. Congress recently enacted a provision that will cut off $400-million a year to the Palestinians if the PA takes its case to the next level.

There are quicker and less expensive ways for the Palestinians to go – to the UN Security Council, for one.

U.S. officials made it clear this week that the Obama administration is reassessing its policies in a number of areas in which commitment to a two-state solution is required. One of them is the protection Washington has long provided Israel when Security Council resolutions critical of Israel are voted on. In most cases, the United States uses it veto power as a permanent member to annul such resolutions.

Now, Mr. Kurtzer said, it's possible that resolutions could pass that were unthinkable just a few weeks ago: condemning Israel for settlement construction or for heavy-handed security action, for instance, or setting a deadline for Israeli withdrawal from the West Bank or embracing the borders of a Palestinian state.

While Mr. Obama assured Mr. Netanyahu in a brief phone call Thursday that nothing will stop U.S. military support for Israel, a White House spokesman told reporters that the U.S.-Israel Strategic Partnership is something that is being reassessed, since it hinges specifically on a two-state solution for resolving the Palestinian-Israeli conflict.

Safeguarding security has been one of the accomplishments of the Palestinian Authority, allowing for the withdrawal of Israeli forces from Palestinian-populated areas of the West Bank. PA security forces routinely round up Hamas and Islamic Jihad suspects to prevent attacks.

This security is something the PA has said it will suspend unless Israel resumes the transfer of Palestinian tax revenues. It also is something that could be dropped more permanently as a means of pressuring Israel.

"The whole question of security co-ordination and ties to Israel depends on the establishment of a Palestinian state," said Mr. Rajoub, who served as head of preventive security under Yasser Arafat.

"The [Israeli] right needs to understand that it will not receive security as long as there is no peace."

Watch also for Palestinians to increase their diplomatic efforts, especially in Europe. Already the European Union has recommended a number of measures to curb the sale of products from West Bank Israeli companies. If the EU, like the U.S., now believes Israel has dropped the two-state solution, its members will likely be willing to go further.

The next step may be for European governments to adopt some of the provisions advocated by the "boycott, divestment and sanctions" movement aimed at all Israelis and their government.

The United States, too, may tighten the financial screws, perhaps by ending tax benefits for donations to Israeli charitable organizations that operate in the West Bank.

Even Canada may want to review its very pro-Israel policies. While Mr. Netanyahu's clarification Thursday may satisfy the government, officials in Ottawa have made it clear that the two-state solution – the creation of an independent Palestinian state, alongside Israel – is long-standing Canadian policy.

"We are not going to wave a white flag," he said. "The right does not scare us, but only hurts Israel and regional stability.

"If the new government in Israel continues its previous policies, then it will lead to conflict," he added. "There will be a Palestinian state whether Netanyahu wants one or not." 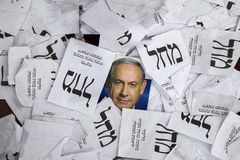 Opinion
Another round of Netanyahu – for Israelis and the world
May 12, 2018

Opinion
Israelis and Palestinians are still stuck in the post-Rabin era
May 12, 2018