NASA's Curiosity robotic rover can be credited for significant scientific discoveries on Mars – like water being able to exist in liquid form on the Red Planet, or the possible existence of microbial life – since it started rolling over the Martian landscape three years ago.

But for Internet sleuths, exploring the raw images captured by Curiosity and beamed back to Earth, there are discoveries of a different kind: a crashed spacecraft off a Martian ridge, the ghostly image of a lady looking at Curiosity, and the fossilized image of a crab-like creature in the crevice of a rocky surface.

The cropped images have been widely circulated over social media this summer – and even prompted a reality check on the issue of intelligent life on Mars from the chief NASA scientist in charge of the Curiosity rover project.

"There is no group that would be [happier] to see such a thing than the 500 scientists around the world who work on this Curiosity rover," Ashwin Vasavada told CNN in an interview. "So far we haven't seen anything that is so obvious that it would be similar to what these claims are," he added.

Humans have long seen faces in the moon. In the past, they've pointed out rodents, iguanas, mermaids and dinosaur bones in photos from NASA missions to Mars. That tendency of the human brain to see familiar images and patterns where they may not actually exist is called pareidolia.

"We have colour HD cameras on this rover that far exceed anything ever sent to the planet before, and yet in order to find these things that kind of trick your brain into thinking it's a mermaid or whatever, you do have to zoom in where it's kind of a fuzzy shadow at that point," said Dr. Vasavada.

In those fuzzy shadows, Internet observers claim to see evidence of life – and more. Here are some images that have piqued interest over the last couple of months: 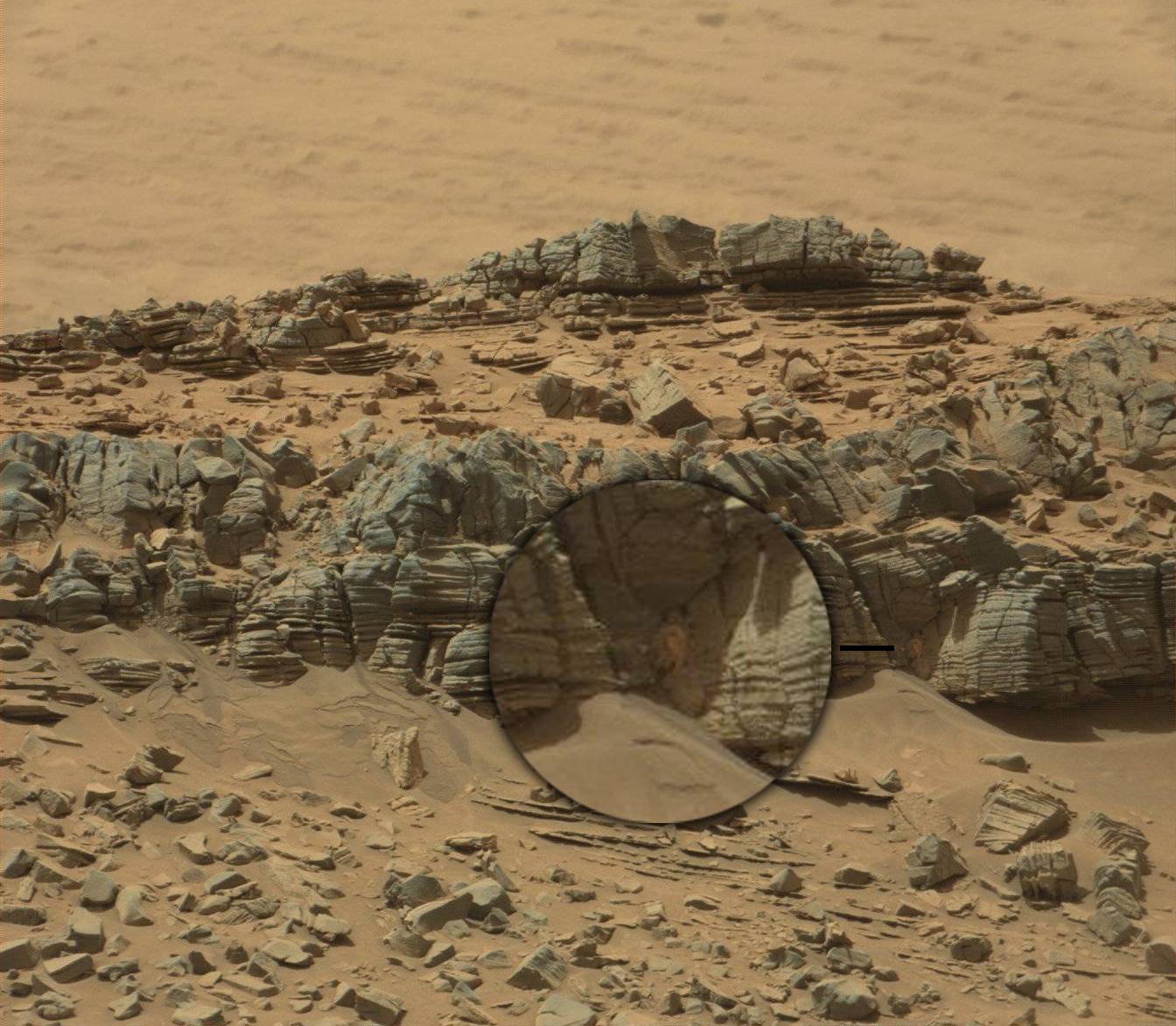 Strange crab-like creature on #Mars? Probably not but my heart would race if worked for #NASA and first to notice it! https://t.co/6c1tuwzdGP