Ontario's colleges minister is asking two of the province's publicly funded educational institutions to detail all of their international activities in light of controversy over their operation of men-only campuses in Saudi Arabia.

Canada's commercial ties with Saudi Arabia are coming under broader scrutiny in light of controversy over a $15-billion sale of weaponized armoured vehicles that Ottawa is selling to the Middle Eastern country, which has an abysmal reputation for its treatment of women, dissidents and prisoners.

Niagara College, based in Welland, Ont., offers hospitality and tourism courses at its campus in Taif, which opened in 2014, while Ottawa's Algonquin College offers 10 programs, including business, accounting and electrical engineering technician, at a campus opened three years ago in the city of Jazan.

The Ontario campuses in Saudi Arabia, and all education in the kingdom, operate under sharia law and prohibit the teaching of men and women in the same classes.

Hélène Laverdière, federal NDP foreign affairs critic, said what Ontario colleges are doing in Saudi Arabia is inconsistent with Canadian values. "These colleges are effectively condoning the segregation of women. Canada stands for human rights and gender equality. Canadian colleges should do the same at home and abroad."

Minister of Colleges and Universities Reza Moridi said he's concerned about what's taking place and he wants to probe it further.

"What has become clear is that further engagement needs to take place between the government and Ontario's college sector on this important issue. I will be reaching out to Algonquin College and Niagara College immediately to receive a full update on their international activities," he said in a statement provided to reporters.

"It is also clear that a broader discussion needs to take place between the government and the college sector to clarify the role that each should play when considering these types of activities. It is incumbent on us to take a hard look on matters of public interest when it is clear that improvements can be made."

He said Algonquin and Niagara "need to be asking some very probing questions … they need to satisfy themselves that there are other programs offered by other [Saudi] colleges that do provide equivalent quality and offerings to women," he said.

"If not … then it does become very problematic, because then there is a very real possibility the colleges have become drawn into violations of important rights around non-discrimination and access to education."

An Algonquin College spokesman said the website of the Saudi Colleges of Excellence program – through which this education is being delivered – indicates that the same topics are taught to men and women. But it was unclear from the website whether courses such as "electrical technology" or "welding technology" are also available to women.

Algonquin's executive director of communications, marketing and external relations, Scott Anderson, said the institution sought work on a female campus. "Algonquin College made an unsuccessful bid to open a female campus, and we still have hopes that we will be able to pursue that in the future – as many others have done in Saudi Arabia. I suggest you contact the Saudi government to discuss that country's cultural practices and policies regarding campus segregation."

Niagara College said it's teaching women in Saudi Arabia through separate programs. "Through a partnership with the Taif Chamber of Commerce, we also deliver English-language training to women," Sean Kennedy, Niagara's vice-president, international, said in a statement.

Why some people consider Mona Eltahawy a dangerous woman
April 17, 2015 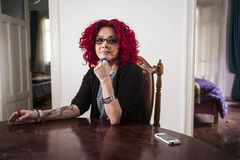 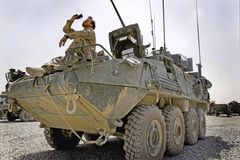