Tuesday's shakeup of Canadian diplomats will hardly register on the Richter scale but, in the Middle East, a couple of deft moves signal Canada is taking a much more hands-on approach to regional issues.

Israel has been watching for evidence of a shift since Canada's Liberals won the October election. Within hours of being sworn in, Foreign Affairs Minister Stéphane Dion announced that Canada will strive for a more balanced policy in the Middle East, one that includes reaching out to "other legitimate partners in the region" besides Israel.

He even described Canada's role as being that of an "honest broker" – no words make Israeli leaders shudder more than those two.

Stephen Harper's government was very good to Israel and Benjamin Netanyahu's government knew it had a staunch supporter in Canadian Ambassador Vivian Bercovici. It also knew the next Canadian representative could not be so one-sided.

But in Deborah Lyons, whose name as the ambassador-designate leaked two months ago, the Israelis are being mollified by the appointment of a fair-minded career diplomat of substantial seniority. Ms. Lyons, most recently, has been Canada's ambassador to Afghanistan, a posting that gives her credibility in conflict zones. But prior to that is where her résumé gets really interesting.

She served as deputy head of mission in Washington, as chief strategy officer of the Department of Foreign Affairs in Ottawa and as a trade counsellor for high-tech industries in Tokyo. Few words give Israelis goosebumps more quickly than "high-tech."

Does this high-level appointment reframe Canada's relationship with Israel and the Middle East? Perhaps, but it depends on what policy changes follow the appointment.

The departure of Bruno Saccomani as Canadian ambassador to Jordan will be welcomed by those Jordanians who care about such things. The Royal Hashemite Court grimaced at the appointment of Mr. Harper's former head of security to lead Canada's mission in Amman.

Mr. Saccomani lacked the experience of a foreign service officer, but also lacked the ear of the Canadian prime minister, which would have compensated for his not being a diplomat.

In Peter MacDougall, the Jordanians are getting an upgrade. Mr. MacDougall's expertise is in refugees and in setting standards for admission to Canada – two very valuable traits in a country hosting nearly two million Syrian refugees and the place from which Canada chooses those it will allow entry.

The change of ambassadors in the United Arab Emirates is about equal in quality – both the outgoing Arif Lalani and the incoming Masud Husain are senior officials with lots of expertise and experience.

Which is a good thing, because the Gulf countries matter more than ever – with tensions over Iran, Syria and Yemen, and concern over the Islamic State and al-Qaeda.

Mr. Husain has been posted to Amman, Baghdad and Damascus, and has served most recently as director-general of the Middle East and Maghreb bureau at Global Affairs Canada.

Turkey became increasingly important in the past few days – though the choice of ambassador and consul-general would have been made weeks, if not months, ago.

In Ulric Shannon, the new consul-general in Istanbul, Canada gets another diplomat with real hands-on experience. Mr. Shannon served as Canada's first representative to the Syrian opposition in the early days of Syria's civil war, and has been based in Istanbul for the past three years, during which he has worked for an international consulting firm known as ARK that works to help stabilize and nurture communities caught in conflict.

Like the other three, Mr. Shannon is going to be very busy. 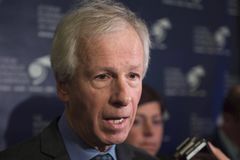 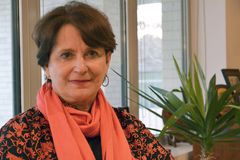 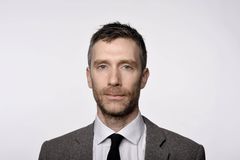