It was tough talk from Canada's new prime minister. In 2006, Stephen Harper said he would not "sell out important Canadian values" in China to the "almighty dollar." The blunt remarks came after Mr. Harper was denied a meeting with China's then-president, Hu Jintao, at an economic summit in Vietnam.

It was a different time in Ottawa. In those days, the Taiwanese lobby had Ottawa's ear, recalls Joseph Caron, a former ambassador to China, and the Dalai Lama received honourary Canadian citizenship. In 2005, senior Conservative MP Jason Kenney broke away from a Liberal trade mission to China in order to visit the grieving house of Chinese reformer Zhao Ziyang. The recently deceased former general secretary of the Chinese Communist Party had urged restraint during Tiananmen Square protests in 1989, before being put under house arrest.

"Why should we as Canadians be shy about appropriate expressions of support for democracy and human rights in China?" Mr. Kenney asked at the time.

But now, as tens of thousands of protestors gather on the streets of Hong Kong to demand more democracy in the most visible mass demonstrations to shake China's leaders since Tiananmen, the response from Ottawa has been far more muted. Canada's Foreign Minister John Baird, Mr. Kenney's cabinet colleague, has responded not with a formal statement, like Britain, but with a Tweet. "Aspirations of people of #HongKong are clear," he wrote on Twitter. "Canada supports continued freedom of speech and prosperity under the rule of law."

In contrast, the U.S. issued a statement saying it supports "universal suffrage" in Hong Kong that offers its Chinese citizens "a genuine choice of candidates representative of the voters' will," a clear rebuke to Beijing's plans for the former colony.

Canada's approach to events in Hong Kong is a sign of Ottawa's shift away from a foreign policy that is openly critical of China toward one that delicately protects Canada's new relationship with China as a major business partner. The government has gradually prioritized economic growth, trade diplomacy and the concerns of Canada's increasingly Asia-facing business class.

Shortly after Mr. Harper took power in 2006, Sarah Kutulakos at the Canada China Business Council began hearing from member companies that the government's stance on China was crimping growth. Chinese partners were telling Canadian firms they were blacklisted, she said, particularly for high-profile contracts.

Canada's role began to change particularly as the U.S. economy cratered during the 2008 recession and China's ongoing growth powered the global economy. Its firms began playing an increasingly key role in the development of Canada's resource-heavy economy. China's state-owned companies plunged billions into Alberta's oil sands projects, while they remain key potential customers for British Columbia's nascent liquefied natural gas export industry. China has soared as a destination for Canadian exports, from around $3-billion in 2000 to more than $20-billion last year.

"Broadly speaking, I feel a close trade relationship with China is key to the growth of Canada," says John Sutherland, chief financial officer of Grande West Transportation, a B.C. firm that partnered with a massive, Hong Kong-listed Chinese manufacturer to make buses. "We cannot rely solely on the United States."

Of course the political discourse in Canada regarding China will vary. In Ontario, where just 6 per cent of exports go to Asia, Premier Kathleen Wynne can comfortably pledge to raise human rights and democracy on her upcoming trade mission to China. In B.C., where nearly half of all exports go to Asia and $6.6-billion flows to China alone, Premier Christy Clark has said little about China, even as she released a strident defence of Israel during the recent Gaza conflict.

Charles Burton, a professor and former political and economic counsellor at Canada's embassy in China, said he was surprised there was no formal statement on Hong Kong from Canada's Department of Foreign Affairs, Trade and Development. The "tepid" response shows Mr. Baird and Mr. Harper are "not prepared to engage the regime on certain issues that China feels are internal issues," he said. He noted Canada recently blamed China for cyber-espionage and then promptly saw a Canadian couple proselytizing on the North Korean border detained by China – and accused of espionage. The government response to that has been muted, Mr. Burton added.

David Mulroney, a former ambassador to China appointed by Mr. Harper in 2009, says the Hong Kong protests are a reminder of the political risk that comes with doing business in China.

Ms. Kutulakos of the Canada China Business Council says one cannot simply judge China by a snapshot of a particular moment in time, and that the broader political situation is improving. But Mr. Mulroney, who says China has become more assertive since 2006, said the argument China will become a more responsible international stakeholder simply by participation in trade is an "incomplete" argument. Navigating the new relationship is "a growing challenge for countries like Canada," Mr. Mulroney adds. Norway, he notes, gave the Nobel Peace Price to jailed Chinese dissident Liu Xiaobo in 2010 and soon found free trade talks shelved and its ambassador frozen out of diplomatic meetings.

But Canada, he says, has an obligation to raise the issue of Hong Kong, since Canada has 300,000 citizens in the city.

Without alienating China, Canada and other like-minded countries should take a more co-ordinated approach on issues such as Hong Kong to ensure individual countries aren't intimidated, Mr. Mulroney said.

"China would like to see a world where we're all tongue tied and afraid of raising these issues." 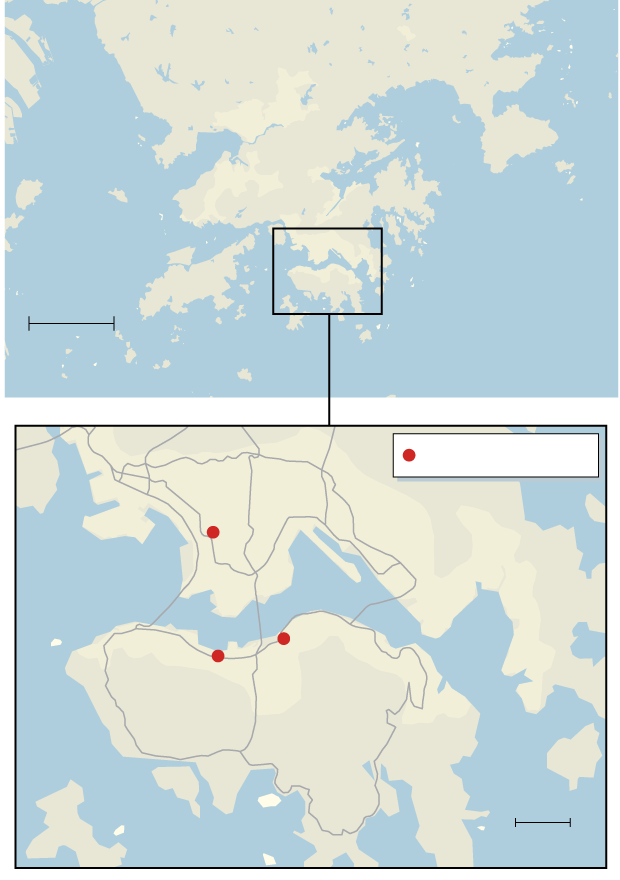 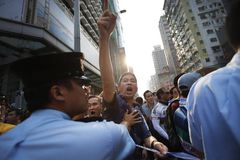 Hong Kong's students explain why they're on the streets
October 3, 2014
Opinion
Confronting China on Hong Kong a balance of rhetoric and diplomacy
October 3, 2014 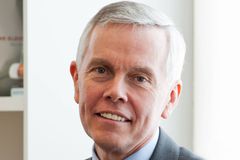 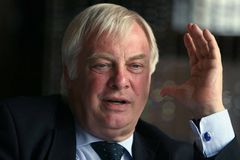 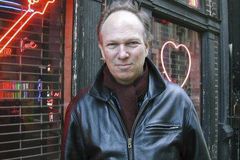