As Oxfam officials struggle to contain a scandal over allegations of sexual misconduct, there are growing concerns that abuse by aid workers is more prevalent worldwide than previously thought and that the sector is facing an unprecedented crisis.

"We need to recognize that this is not the occasional bad apple, this is structural and systemic," Kevin Watkins, chief executive of Save the Children UK, told a committee of British MPs on Tuesday. "What we need to do as a sector is act now and act with a sense of urgency."

Relief agencies such asOxfam and Save the Children are among the largest charities in the world, with tens of thousands of volunteers working in some of the most troubled countries. Oxfam has 10,000 staff, 50,000 volunteers and receives more than $1.6-billion in annual funding from private donors, the United Nations and governments around the world, including Canada.

The Oxfam scandal has shaken the sector and led to a drop in donations and calls for governments to cut funding. This week, the British government said it will suspend its £31.7-million ($56-million) in annual funding for Oxfam pending a review and the European Union has threatened to cut its €25-million ($39-million) in yearly funding. The Canadian government has said it will continue contributing to Oxfam's Canadian affiliates, having received assurances that they were not involved in the activity. However, Oxfam officials in London have said that 7,000 people in the United Kingdom have cancelled their regular contributions to the charity.

"This is a huge crisis for the aid sector," Matthew Rycroft, U.K.'s permanent secretary for overseas aid, told MPs.

During Tuesday's committee hearing, Oxfam executives offered a series of apologies and promised to put new systems in place to vet staff and investigate complaints. "I'm ashamed," Oxfam International's executive director Winnie Byanyima told the MPs who sit on the international development committee. "This is painful for me. Some hideous men came into our organization and abused the trust of the [public]."

London-based Oxfam has been reeling for weeks after revelations in The Times of London that a group of officials in Haiti, including former country director Roland Van Hauwermeiren, hired prostitutes and bullied staff while working on relief projects after the 2010 earthquake.

Oxfam has now disclosed that it dismissed four officials in 2011 for gross misconduct and allowed three others to resign, including Mr. Van Hauwermeiren. The charity had kept the allegations quiet and made no mention of the alleged wrongdoing when another charity later asked for references before hiring Mr. Van Hauwermeiren. One of the other dismissed workers also received a job reference from his Oxfam manager and another dismissed staffer was rehired by Oxfam on contract.

Mr. Van Hauwermeiren has denied any wrongdoing and said he had a consensual relationship with a local woman while in Haiti.

"We are sorry for the damage Oxfam has done both to the people of Haiti but also to wider efforts for aid and development," Mark Goldring, chief executive of Oxfam Great Britain, told the committee. Oxfam GB oversaw the Haiti staff and it is the largest of Oxfam's 20 affiliates, which also include Oxfam Canada and Oxfam Quebec. Mr. Goldring also apologized for comments he made last week in which he tried to play down the scandal by saying the organization was being treated as if "we murdered babies in their cots."

The scandal has swept through the sector and led several other agencies to reveal similar problems. World Vision has acknowledged that some volunteers associated with one of its relief programs in Haiti allegedly traded food and cash for sex. Last week, Brendan Cox, the widower of murdered British MP Jo Cox, resigned from his role at two charities after facing allegations of sexual harassment while working for Save the Children. Several other charities, including the Scottish Catholic International Aid Fund and Christian Aid, have also disclosed cases of alleged sexual misconduct involving overseas staff. Oxfam has said that since the publication of recent newspaper stories, it has received 26 more complaints about staff.

And yet many in the sector say problems of sexual abuse have been widely known for years. A report by Save the Children in 2008 found that the scale of abuse by non-government organizations (NGOs) and UN peacekeeping forces was significant. The organization interviewed 341 people in various recipient countries and spoke with 30 officials from various agencies. More than half of those interviewed identified incidents of sexual touching or coerced sex by aid officials, some involving children as young as six years old. The researchers said most of the abuse goes unreported because the victims fear being cut off from aid.

Mr. Goldring, who became Oxfam GB CEO in 2013, said mistakes were made during the Haiti investigation and references should not have been given to the dismissed employees or Mr. Van Hauwermeiren. He added that Oxfam couldn't determine if any of the prostitutes were under the age of 18, although several reports have suggested some were children. And he said Oxfam is now working with other aid agencies to develop a database to vet workers. "We now have to work very hard to earn back trust of the public," he said.

That did little to console committee members such as Pauline Latham, a Conservative MP who chastised Oxfam for treating vulnerable girls in Haiti like "trinkets." "Everybody knew the aid sector was pretty rotten, but no one was doing a thing about it," she said. "This is so shocking – no wonder the world is angry." 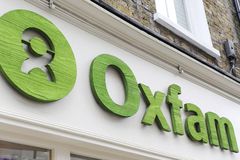 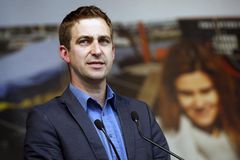 Former Oxfam director admitted using prostitutes during relief mission: internal investigation
February 18, 2018
Follow Paul Waldie on Twitter @PwaldieGLOBE
Report an error Editorial code of conduct
Due to technical reasons, we have temporarily removed commenting from our articles. We hope to have this fixed soon. Thank you for your patience. If you are looking to give feedback on our new site, please send it along to feedback@globeandmail.com. If you want to write a letter to the editor, please forward to letters@globeandmail.com.
Comments are closed