Twenty-five years after the tragedy of Tiananmen Square, thousands of Chinese citizens are once more on the streets of a major city, fighting for democracy. How it turns out may well depend on how Mr. Xi thinks about what happened on June 4, 1989, and the role his father is rumoured to have played at the time.

(What is Hong Kong's Umbrella Revolution? The Globe's simple primer)

The mood in Hong Kong eased on Monday, as riot police pulled back after three days of clashes with protesters that left dozens of people injured in the worst unrest the former British colony has seen since it was handed over to Chinese rule in 1997. It was anything but an ordinary Monday in the business district of Central, however, as tens of thousands of demonstrators remained in the street throughout the day, blocking traffic and grinding commerce to a halt in one of the world's most important financial centres. As night fell, they took turns sleeping in the streets while others stayed alert, chanting from behind makeshift barricades.

It wasn't clear how long the pause in the confrontation would last. "Since calm has been largely restored to the streets where citizens gathered, riot police have withdrawn," the Hong Kong government said in a statement. It called on the protesters to stay calm and to disperse peacefully "as soon as possible."

That seems unlikely. This is a crisis that can only be ended – one way or the other – by the central government in Beijing, either by giving the protesters some or all of what they want, or by ordering a harsher crackdown.

That means the decision lies in the hands of Mr. Xi, whose authority is almost unchallenged in today's China.

When Mr. Xi rose to power early last year, many were cynical that he would be any different from predecessors Hu Jintao and Jiang Zemin. But there was quiet optimism in some quarters, a wishfulness that sprang from a story whispered by those who told it: Mr. Xi's father – Xi Zhongxun – was one of the few senior Party officials who spoke out against the decision to use force against the student-led protesters in the spring of 1989.

At this point, what Xi Zhongxun did or didn't say to his comrades before the tanks rolled in Tiananmen Square is somewhere between anecdote and myth. There are no publicly available documents or recordings that tell us what kind of intervention, if any, he made. But the rumour of his opposition survived, inspiring hope among China's few remaining liberals that Xi Jinping wouldn't prove too different from his father.

"Xi's father had great integrity. He was very clear about what is right and wrong, and very brave in expressing what he was thinking. I hope that the son inherited some of his merits," Bao Tong, a former high-ranking Communist official, said in an interview last year at his apartment in Beijing, which is guarded by police. Mr. Bao, once one of the most powerful men in China, was purged in 1989 and has been under house arrest ever since for writing a speech indicating he sided with the students on Tiananmen Square.

The protests in Hong Kong will give us something like an answer as to whether the son thinks people like Mr. Bao, and perhaps his own father, were on the right side of history 25 years ago, or whether he – like many Chinese citizens (and foreign businessmen) – now believes that Deng Xiaoping was right to order the crushing of the Tiananmen protests in the name of preserving China's "stability."

The early signs are worrisome. Rather than the political and economic reforms many had hoped Mr. Xi would introduce, he has spent much of his first 18 months accumulating power and sidelining enemies.

He is the President, the head of the Communist Party and the head of the military. Meanwhile, his potential challengers are in jail (former Party rising star Bo Xilai), under investigation (former internal security chief Zhou Yongkang) or in fear that they could be the next target of a spreading anti-corruption campaign that seems to focus on Mr. Xi's rivals while ignoring evidence of funny accounting among his political allies and even his own family.

Thus far, Mr. Xi has not shown the moral clarity his father – who bravely befriended Tibet's exiled Dalai Lama – possessed. Faced with mounting popular unrest among the Uyghur population of China's far-west Xinjiang region, his government has not made any serious effort to accommodate the faith and culture of the Muslim Uyghurs, who feel they are being assimilated by waves of government-sponsored Han Chinese migration.

Instead, the police and military presence in the region has been increased, and public displays of religiosity harshly punished. Ilham Tohti, a widely respected Uyghur academic who called for co-existence, was arrested and shockingly sentenced to life in prison on charges of supporting separatism.

That hard-line approach has brought only escalating violence in Xinjiang, including an outbreak last week that left 50 people dead in Luntai county when a group of locals (the official Xinhua news agency called them "rioters") attacked two police stations. The bloodshed has now spread beyond Xinjiang itself, including a horrific knife attack on a south China railway station in March, and a frightening car bomb on Tiananmen Square last November.

Hong Kong's peaceful uprising is very different to what's happening in Xinjiang, and not just in terms of tactics. While the average Han Chinese has never been to (and would never dream of going to) Xinjiang, and likely doesn't know any Uyghurs personally, they can see themselves in the faces of those staring down the riot police in the financial district of Central and other parts of Hong Kong.

The city is also a crucial economic link between mainland China and the rest of the world. It has prospered precisely because of the post-1997 "one country, two systems" model that now seems to be at a critical juncture as protesters and the government face off over whether there can be free elections in the city – a "special administrative region" of China – without Beijing hand-picking who they can and can't vote for.

What happens in Hong Kong over the coming days will tell us a lot about where China is heading in the era of Xi Jinping. A negotiated solution that appeases some or all of the protesters would suggest China finally has the kind of leader that the Communist Party's undemocratic "meritocracy" was supposed to produce. The sidelining of Mr. Xi's enemies – and his own genuine personal popularity among ordinary Chinese – gives him the power to surprise everyone in how he handles the Occupy Central movement.

A crackdown, particularly one that involves use of the People's Liberation Army, would tell us China is in for another dark decade of stifling repression.

Once more, the early signs aren't good. Hong Kong police have already used tear gas and pepper spray in failed efforts to disperse the crowd, which has instead continued to grow. Classic Chinese information-control measures have been deployed, with the terms Occupy Central and Umbrella Revolution (a moniker gained as protesters used their umbrellas to deflect tear-gas canisters) now blocked on the Weibo social network. Instagram – where photos of the umbrella-wielding protesters defying police were rapidly spreading – is no longer accessible in mainland China, consigning it to the same virtual prison as Facebook, Twitter and YouTube.

In another sign of the government's thinking, China's state-controlled media has condemned Occupy Central as an "illegal pro-democracy movement" responsible for "undermining social stability" in Hong Kong. Those are heavy words in the People's Republic.

The Tiananmen Square crackdown is rarely referred to in the Chinese press, but the parallels between Beijing 1989 and Hong Kong 2014 are too obvious to ignore on this occasion.

"China is no longer the same nation it was 25 years ago. We have accumulated experience and drawn lessons from others, which help strengthen our judgment when faced with social disorder," read a sharply worded editorial in the English-language Global Times, a newspaper published by the official People's Daily.

We may soon learn which lessons Mr. Xi has chosen to draw from the last student-led pro-democracy protest in China – and whether the cynics or the optimists were right about the son of Xi Zhongxun. 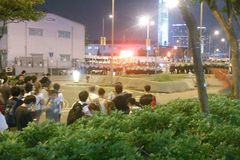 Three reasons Hong Kong isn’t Tiananmen – and one reason it could be
Subscriber content
September 29, 2014 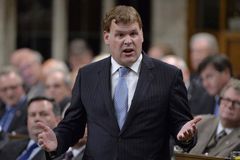