One of the most respected war surgeons in the Democratic Republic of the Congo is fed up with the UN troops who stood by idly as rebels captured Goma last year. "All they do is report the number of people who die," Jo Lusi says.

It's part of the growing backlash against the United Nations in eastern Congo, where 19,000 peacekeepers with a massive $1.4-billion budget have failed dismally to halt rebel attacks. "We thought they would be strong," says construction worker Busomboke Mudeyi. "But whoever wants to come in to Goma can come in, and they don't stop it."

The world's biggest and most expensive UN peacekeeping operation is in serious trouble, criticized by Western governments and denounced by the very people it was intended to protect. One French cabinet minister said the ineptitude of the peacekeepers in Goma last year was "absurd."

Fearing that the failure of the Congo force could destroy the already battered image of UN peacekeeping, the UN Security Council is now considering an innovative response: a tough new intervention brigade of 2,000 to 4,000 African troops, backed by surveillance drones, with a capacity for "search and destroy" missions against any armed groups that threaten peace in the Democratic Republic of the Congo.

The new brigade is likely to be approved by the Security Council within the next few weeks, but analysts are debating whether it will be strong enough to bring stability to one of the world's most war-torn countries – and whether it would be any more effective than the existing peacekeeping operation.

According to a leaked draft of a Security Council resolution, the new brigade would be authorized to "carry out targeted offensive operations … in a robust, highly mobile and versatile manner."

The brigade would be permitted to operate independently, without waiting for Congo's national army. It would have the strongest mandate ever given to a UN peacekeeping force. In effect, it would become a "peace enforcement" mission, rather than a traditional peacekeeping operation.

Troops from Tanzania, Mozambique and South Africa are expected to form the bulk of the intervention brigade, which was approved in a Congo peace agreement signed last month by 11 African countries.

The current UN peacekeeping force, created in 1999 and now known as MONUSCO, is heavily dependent on troops from India, Pakistan and Bangladesh. "These South Asian forces are known for their lethargy and are more concerned with having three meals a day than fighting," said one UN official, speaking on condition of anonymity.

"It's true that MONUSCO has become increasingly lethargic and doesn't even react when massacres happen on their doorstep," he said.

Louise Arbour, the former Canadian Supreme Court justice who now heads the International Crisis Group, said last year that the UN peacekeeping force "has had strikingly little success at fulfilling its primary objective to protect civilians." The Congolese people "remain profoundly vulnerable to violence," she said in a letter to the Security Council.

Much of this is not the UN's fault. Despite its 19,000 troops, the current peacekeeping force is too small to control Congo's vast territory – as big as Western Europe – with few paved roads. The peacekeepers lack crucial equipment, such as a proper fleet of helicopters. Wealthier countries like Canada have given only a tiny number of troops and declined to provide helicopters for the mission. Ottawa also rejected a request to provide a Canadian general as commander of the peacekeeping force.

Some analysts are optimistic that the new brigade could be tougher and more effective than MONUSCO's peacekeepers. "We're used to watching Congolese and UN troops being humiliated by Rwandan-backed rebel groups," said Ben Shepherd, an Africa expert at the Chatham House think tank in London. "But I think the cost of humiliating Tanzanian or South African troops is significantly higher."

Skeptics worry, however, that the brigade might not be very different from the existing UN peacekeepers. South Africa, for example, is already a major troop contributor to MONUSCO, and there's no assurance that its troops would behave differently in the new brigade. The existing mandate for MONUSCO already allows it to use "all necessary means" to protect civilians – yet this mandate is often ignored.

MONUSCO: United Nations Organization Stabilization Mission in the Democratic Republic of the Congo.

(Acronym is based on French name for the mission.)

The United Nations Mission in the Democratic Republic of the Congo (MONUC) was established Nov. 30, 1999, to observe a ceasefire between Congo and neighbouring states that supported anti-government rebel groups. In 2006, Congolese voted for a new National Assembly in what the UN called the country's "first free and fair elections in 46 years." In 2010, the mission's name was changed to reflect progress made on settling a number of conflicts.

Amount spent since 1999 on UN peacekeeping efforts in Congo How activists and private enterprise are transforming Lagos
March 23, 2013 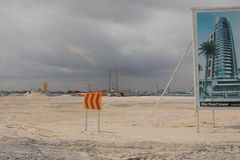 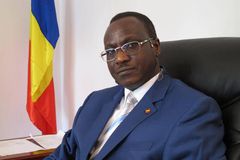 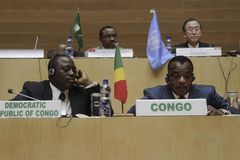