The Persian Gulf is the part of the Middle East the Arab Spring forgot.

In Tunisia, Egypt and Libya, where revolution upended decades-old regimes, democracy is a work in progress. In the Persian Gulf, it never got off the ground. Rulers here have become increasingly paranoid and autocratic, gripped by two separate fears: Iran, which looms striking distance away, and the Muslim Brotherhood, whose influence across the region poses a threat to their absolute monarchies.

United by these fears, the countries of the Gulf Cooperation Council moved to close ranks this week when proposing a six-nation union, led by Saudi Arabia; the union, which would have closer political ties than the GCC, would work together to preserve their ruling dynasties against internal challenge and Iranian ambition.

Scenes from popular uprisings have inspired others to seek democratic change in their own countries. Gulf rulers have mostly managed to placate theirs by offering a mixed tonic: Limited reform coupled with perks like free housing and massive salary raises. This approach has largely worked, insulating heads of state from widespread revolt.

Discussion in Riyadh this week centred on forging closer political and security ties to neutralize concerns about Iran and internal opposition. Rulers in Bahrain, backed by Saudi Arabia, have waged a bloody crackdown against protesters calling for constitutional reform. Both countries have led the call for a GCC union.

Even rulers in the countries that pride themselves on their liberal image, such as the United Arab Emirates, sound shaken.

People who "poke their noses into the UAE's internal affairs" should "mind their own business," said Sheik Saud bin Saqr Al Qasimi, the ruler of Ras al-Khaimah, a rural emirate, about a two-hour drive from Dubai, that has emerged as a flashpoint of rebellion. He said authorities must prevent "malignant" persons from "[harming]a single inch of our country." Those who do not like the rules of the UAE "should leave for another place," he warned recently.

Once home to 20 per cent of the world's construction cranes, the emirates of Dubai and Abu Dhabi are now littered with monuments of scaled back ambition, while plans for double-digit growth have been traded for austerity.

The popular uprising in the UAE pales in comparison to the revolutions that took place in Arab Spring countries and seem insignificant against the bloody conflicts in Syria and Bahrain. However, the situation highlights how the educated, upper class has become emboldened, using social media to shake a status quo under which they have enjoyed cradle-to-grave benefits – free education, health care and, in some cases, homes. In the UAE, political parties are outlawed. A national parliament, elected by a hand-picked list of voters, has no real power.

Nasser Bin Ghaith, a 41-year-old Emirati, is in many ways, the picture of his country's privilege. He hails from a prominent Dubai clan whose members have served in the upper echelons of government and military. He once lectured at the Sorbonne's satellite campus in Abu Dhabi and worked in the acquisition department of Abu Dhabi's armed forces, negotiating major defence contracts. His stature won him a spot on the UAE's exclusive voters list, but some consider him an enemy of the state.

Last April, he was called to Abu Dhabi from his home in Dubai to negotiate a major contract. Instead, he was ambushed, arrested, thrown in the back seat of a car for eighteen hours and beaten, he says. "For 48 hours, I didn't sleep, didn't eat, didn't pray. They moved me blindfolded from one place to another."

Mr. Bin Ghaith was one of five activists jailed last April for nine months after signing an online petition calling for free elections and a universal voters list. They faced charges that included publicly insulting ruling sheiks, a crime in the UAE.

He has criticized the sheiks for mismanaging the UAE's economic development. He is especially wary of the rulers' plans for Emiratisation, a costly government initiative that seeks to employ Emirati citizens in the public and private sector, displacing, in some cases, Western expats that once flocked to the UAE to fuel its staggering growth. The program is viewed as a way of quelling internal dissent. On National Day, the government offered all federal government employees a massive pay raise, ranging from 35 to 100 per cent.

"It's a way of keeping people placated ... But people are sick and tired of them trying to play father figure," Mr. Bin Ghaith said. "It's not just me. There's a whole generation that's extremely angry."

Meanwhile the government has stepped up its crackdown on others calling for reform. In February, the UAE deported 60 Syrians for protesting outside their country's embassy. Dozens of activists – some of whom are affiliated with al-Islah, the Brotherhood offshoot in the UAE – have also been rounded up after calling for political reform on social-media sites such as Twitter and Facebook. Others who have been arrested consider themselves secular liberals. Thirteen Emiratis –11 of them affiliated with al-Islah – are currently in state detention after calling for reform. Many are being held without charges, according to Human Rights Watch.

Saleh al-Dufairi is one of those in custody. Like Mr. Bin Ghaith, he hails from a prominent family and, until his arrest, lived a life of affluence. He lives with his family, in a sprawling, newly built compound, framed by black and gold gates with half a dozen luxury cars in the driveway. He spent his career as headmaster of a high school and was then appointed head of the Holy Koran Foundation by Ras al-Khaimah's ruler.

In March, however, a dozen plainclothes police men arrested him for "provoking strife" after he criticized state security services on Twitter for interfering with the lives of its citizens (Mr. al-Dufairi's own son, Mohammed, struggled for two years to find a job after graduating from college because he was "blacklisted" for his family's association with al-Islah). On the night of his arrest, police raided his home, confiscating all of his family's computers, including his two-year-old granddaughter's brand new iPad. Mr. al-Dufairi was subsequently released, but then on April 29, was re-arrested again after morning prayers.

For now, Gulf states said they would delay their decision on formalizing a closer political union, reflecting concerns over whether smaller countries would cede too much of their independence to Saudi Arabia. In the United Arab Emirates, activists say a union of rulers would result in more internal repression which, in turn, could result in exactly the type of revolution the sheiks are seeking to avoid. 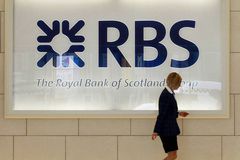 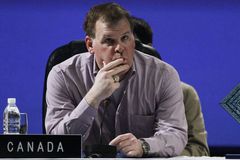 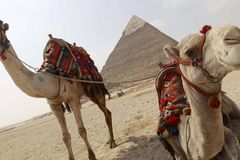