A barnacle-encrusted part of a Boeing 777 wing may finally confirm the fate of the missing Malaysia Airlines Flight 370, but the discovery won't explain why someone on board switched off all the communications, changed course, skirted known radar coverage and headed south into one of the world's most remote areas.

"It is almost certain that the flaperon is from a Boeing 777 aircraft," said Malaysian Deputy Transport Minister Abdul Aziz Kaprawi.

After floating for 16 months, the two-metre-long flaperon – which extends from the wing to provide extra lift on takeoff – was found on France's remote Reunion Island in the western Indian Ocean. Made of composite, unlike the majority of the mostly metal Boeing 777, the buoyant flaperon is the first hard evidence that the Kuala Lumpur-to-Beijing flight crashed at sea off Western Australia. The drift is consistent with current models created by the University of Western Australia, which predicted that any floating wreckage could arrive in Reunion or on the east coast of Madagascar after roughly 18 months.

Final confirmation that the flaperon washed ashore came from the particular Boeing 777 flown by Malaysia Airlines on March 8, 2014 will come from Boeing, which maintains a list of serial numbers of major components on every aircraft it builds. The flaperon is being flown to Toulouse, where France's aircraft investigation bureau is located.

Only five Boeing 777s have been destroyed in the 21 years the big twin-engined, intercontinental wide-body has been in service. All those losses, aside from MH370, were in the Northern Hemisphere. A British Airways 777 crashed on landing at London's Heathrow Airport in 2008; everyone survived. An EgyptAir 777 burned at Cairo airport in 2011; everyone survived. An Asiana 777 crashed on landing at San Francisco in 2013; three passengers were killed. And a Malaysia Airlines 777 was shot down by a Russian-made Buk surface-to-air missile over rebel-held eastern Ukraine in July, 2014, killing all 298 on board.

Investigators will closely examine the flaperon for evidence of explosion, fire or shrapnel, but its location on the trailing edge of the wing, far from the fuselage, means that it may reveal little, if anything, about the cause of the crash, especially if, as investigators believe, the Boeing 777 just ran out of fuel after flying for more than seven hours and then crashed into the sea.

Flaperons on Boeing's 777s are unique, unlike seats and some other components that are common across many aircraft types. So if the flaperon found on Reunion is from a Boeing 777, it can only have come from Flight 370 unless – as some hold-out conspiracy theorists claim – it was deliberately planted in some sort of clandestine effort to cover up the real cause of the plane's disappearance.

The mystery remains as to why MH370, on a routine overnight flight to Beijing with 239 on board, suddenly turned sharply off course after making a routine radio handoff from one air-traffic zone to another, resulting in its disappearance going unnoticed for hours.

Someone in the cockpit of the Boeing 777 turned off the aircraft's identifying transponder and, minutes later, the now hard-to-detect jetliner abruptly left its intended flight path. It flew west, skirting the limits of military radar and then turned south and flew steadily for hours toward Antarctica, thousands of kilometres from any airport. Despite radio silence and the disabling of the aircraft's required identifying transmissions, investigators have managed to track the Boeing 777's seven-hour flight to nowhere with the hourly, automatic – and unknown to the pilots – satellite communications "handshake."

Suspicion points to a deliberate act, either by one of the pilots – perhaps under duress – or someone with intimate knowledge of the aircraft's systems, because the silencing of routine aircraft communication and its circuitous route are consistent with an effort to avoid discovery.

Mass murder by deranged, politically motivated or insurance-payoff-seeking pilots are not unprecedented and deliberately flying an aircraft into one of the most remote oceanic areas on the planet would be consistent with an effort to hide the evidence. 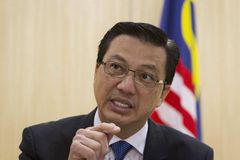