Cardinal Marc Ouellet should be in a foul mood. He has been under enormous pressure and has had an exhausting week. The media trailed him like a wolf trailing a wounded deer, and a few stories about him no doubt made him cringe.

And he is not pope.

Considered a front-runner going into the papal conclave, he emerged from the Sistine Chapel as he went in – Archbishop emeritus of Quebec.

So why is he beaming? Because he is not pope – he's relieved he did not get the big job – and because the man who beat him, Cardinal Jorge Mario Bergoglio of Buenos Aires, now Pope Francis, told him something Friday, when he greeted all 208 cardinals, that made him think theirs would be strong partnership.

"We all went to greet him personally," Cardinal Ouellet, 67, said in an interview with The Globe and Mail. "I was near the end of the line and I thought I would just greet him – 10 seconds – but he stopped me and he spoke to me for a minute or two, because he had something to ask me, very concrete and related to my dicastery [a department of the Roman Curia overseeing the selection of bishops] and I said, 'Okay, I will do it.' I did not expect that and I was happy. I took it as a vote of confidence."

What did the pope offer? Cardinal Ouellet will not say, though his smile suggests that he might thrive under Pope Francis, even if so many others will not as the Vatican hierarchy faces its inevitable shakeup. Nor will he comment about the conclave itself, the Cardinal Keith O'Brien sexual-misconduct case or the Italian press reports that said he was one of the three favourites after the first of five ballots, and later encouraged his supporters to back Cardinal Bergoglio.

But he had lots of other things to say, ranging from why Pope Francis will help revitalize the moribund Catholic Church in Quebec to reform of the Curia, the Vatican's administrative arm and, lately, a rather efficient scandal factory.

The interview took place in Cardinal Ouellet's apartment on the top floor of a five-storey building right next to St. Peter's Square. His fairly large apartment is plainly decorated but not spartan. It has its own chapel, with stained glass windows featuring the Holy Family, and a terrace with magnificent views of the dome of St. Peter's. The living room is filled with music CDs (Yo-Yo Ma, César Franck, Rossini, among others) and never lets you forget the cardinal is a Canadian: A moose in a crystal ball decorates the coffee table and several Canadian art books, including one on Krieghoff, feature prominently on the bookshelf.

The following is an edited transcript of the 30-minute interview.

You were a front-runner going into conclave. Why are you relieved that you are not pope?

I can tell you that I slept better last night and the night after the election than the night before. I know that my name was circulating. I am very peaceful with the result and I am sure it was what the church needs at this time. I am not disappointed and can say I am relieved.

Did you not want the job?

It is a difficult responsibility [being pope]. I would have done it [but] I see clearly it was not in God's plan for me. So thank God!

Do you think the cardinals chose well in selecting Cardinal Bergoglio?

I think the College of Cardinals made a very good choice. The church needed a pastor. Benedict [XVI, Pope Francis's predecessor] was a great doctor of the church. But this time, the people in the pews – and especially the priests, deacons and pastoral agents – they need encouragement. The fact that he is a pastor, a good shepherd, who is very close to the people is extraordinary encouragement.

Why does the church need a pastor?

On doctrine, will Pope Francis differ from Benedict?

I do not expect from him liberal decisions. I think he will follow the doctrinal path that was indicated by Benedict. We want to put the catechism very close to the people.

What is your relationship with Pope Francis?

He is a good friend of mine. We were together in the last conclave [in 2005]. When we celebrated the International Eucharistic Congress in Quebec City [in 2008], he said, 'I came here because of you.'

How might your duties as president of the Pontifical Commission for Latin America change under Pope Francis?

I expect to continue personally in this same position. But he has to decide that in the next few days and months.

And your role as prefect of the Congregation of Bishops [one of the Vatican's most powerful positions, which selects bishops to be approved by the pope]?

If it is his plan, I am ready to continue.

How will Pope Francis be viewed in Quebec?

I think he will be very well-received, because he is a simple man, a good pastor, who is close to the poor. I think this profile is certainly well-received in Quebec. There is a mentality of solidarity with those in need.

Can the two of you working together revive Catholicism in Quebec?

I think so. Catholicism is part of our cultural identity. I think it is vital for the Quebeckers to retrieve their Christian roots. After decades of secularization, we are due for a turning point to recapture the inspiration of the first evangelizers. It will not be easy. There will be an awakening of the youth.

How will the role of the Jesuits, who had tense relations with pope John Paul II, change under the first Jesuit pope?

I think they will be more accepted and I think they will try to invest themselves more in other fields. They have been very involved in social work. But the Jesuits have always been a great doctrinal resource. They are men who are highly educated and good teachers. I think the church needs them as teachers. That would foster vocations for them, because they are in great decline.

Will Francis be the pope to reform the scandal-prone Curia?

I think so. He is a man of governance. What he asked me [this morning] made me think this man knows where he goes and there is a determination. We need a man who is really attentive to people but able to make a clear decision. If it is necessary to change personnel, he will do it. I am talking in general. I think he has the temper to reform the governance of the church. 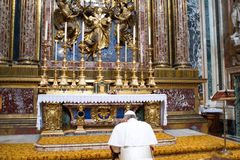 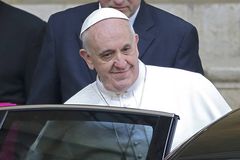